Overview: On May 20, 2009, four men from the impoverished and largely African-American city of Newburgh, NY, were apprehended for an alleged terror plot. They had no history of violence or terrorist ties, but had been drawn by a Pakistani FBI informant into a carefully orchestrated scheme to bomb Jewish synagogues in a wealthy New York City suburb and fire Stinger missiles at U.S. military supply planes. Their dramatic arrest, complete with armored cars, a SWAT team and FBI aircraft, played out under the 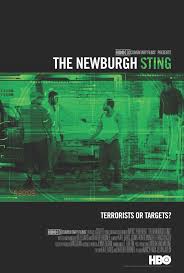 Amidst the media frenzy surrounding the case, political figures extolled the outcome as a victory in the “war on terror” and a “textbook example of how a major investigation should be conducted,” though others believed the four men were victims of FBI entrapment. THE NEWBURGH STING delves deeply into this case one of many cases across the country where people have been allegedly drawn into a plot with extreme consequences.

Expectations: I vaguely remember some portions of this story as it hit the news a few years back. I am eagerly awaiting the full story via this documentary. The brief paragraphs and the single trailer I have seen, and share below, all set me up for one intriguing plot. The true life story played out here has triggered an excitement that might just make this film one of my favorites this year. It sets up like a great espionage tale with a big twist, yet it isn’t going to be Jason Bourne or James Bond fabrication, instead it is powerful non-fiction event. Is it a thwarted terrorist act or all a setup? I can’t wait to find out.

Gut Reaction: Right out of the gate I have got to say I don’t see how anyone after watching this cannot see that this was entrapment, a set-up, a dupe, a sham, and a disgrace. I’m afraid that this paragraph may be short because my mind is railroaded with that same thought over and over. I actually took a day off between seeing the film and writing this section of the post, but my mind is still stuck on that same thought.  It is 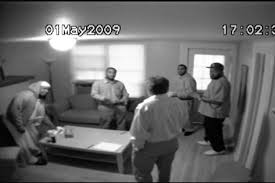 too damn bad the jury for the original case did not get to see THE NEWBURGH STING for themselves before they passed verdict.

I don’t care how you slice it and dice it or from how many angles you look at it from it comes out the same. These poor blokes would never have achieved a terrorist act let alone thought of it without the coercing, persistence and promises of $$ from the FBI informant Hussain. It was all an elaborate setup to give the FBI and police forces a good PR boost in the eyes of the citizenry at the expense of some unlucky schmucks. Now I am not going to rail on governmental conspiracy theories or bemoan the corruption of authority because that is not my place here; I need to focus on the film itself.

HBO has found a good one. I have reviewed for HBOWatch over a dozen or so documentaries so far in 2014. This one, for me, rates as the best so this year. That distinction is not solely based on the subject matter that did certainly pique my interest going in, but also because of the extraordinary way it was presented. Think about it.

Are you thinking? The piece could have very easily been a number of ‘talking heads” as I call them, sitting around getting interviewed about what they remember being seen or said followed by others as character witnesses to our main players. Now those people exist here and are used to get effect and offer up great sound bites. But, that juxtaposed with actual obtained footage really seals the deal for a great documentary. Instead of someone describing what could have happened this film shows you what went down. Surveillance footage gives us everything from getting Mr. Cromitie on board to checking out the weapons used. It is an incredible amount of information. Kudous must go to the filkmakers Kate Davis and David Heilbroner for getting this story as it actually happened out there. Here is a bonus clip of Heilbroner in an interview.

Though I have pounded my opinion here a bit I won’t shy away from the other side of the issue which is that the criminals were rightly imprisoned because they acted out their intentions. Reflecting that view is the Breitbart site and I offer that link to give that theory  a voice.

In Conclusion: Bottom line – It is entrapment and an injustice and I encourage all to come to that conclusion also. There is a chance some of you won’t but, I won’t know that for sure unless you leave a comment below. Again, it is not to be missed and you just might not see a better documentary to come along this year. You can catch the NEWBURGH STING on HBO and on HBOGo. After you do come back here and bitch because it is bound to make you outraged.

Next Week: It was bound to happen sooner or later, but you won’t believe it. LOVE CHILD premieres Monday, July 28 at 9:00pm.