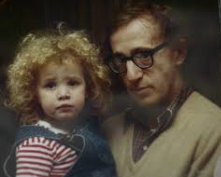 Overview: ALLEN v. FARROW, from award-winning investigative filmmakers Kirby Dick & Amy Ziering and Amy Herdy, is a four-part documentary series that goes behind decades of sensational headlines to reveal the private story of one of Hollywood’s most notorious and public scandals: the accusation of sexual abuse against Woody Allen involving Dylan, his then seven-year-old daughter with Mia Farrow;  their subsequent custody trial, the revelation of Allen’s relationship with Farrow’s daughter, Soon-Yi; and the controversial aftermath in the years that followed. This gripping series interweaves new investigative work – meticulously pieced together via intimate home movie footage, court documents, police evidence, revelatory videotape and never-before-heard audio tapes –  with exclusive, in-depth interviews on the subject with Mia Farrow, Dylan Farrow, Ronan Farrow, family friend Carly Simon, prosecutor Frank Maco, relatives, investigators, experts and other first-hand eyewitnesses – many of them speaking publicly about the events for the first time.  The series also includes prominent cultural voices exploring Allen’s body of work in a broader context. Debut Date: First of four installments debuted on February 21, 2021.

Expectations: I never, ever paid attention to this situation. I remember seeing a headline or two during the course of the trial I guess, but other than that I never paid attention to the allegations or Woody Allen’s retorts and I’m not sure why. I mean, I was more aware of the abuses from Michael Jackson and Harvey Weinstein but not the ones from Allen. Does it have to do with the fact that I can count on one hand the number of Woody Allen movies I ever sat through? Dylan Farrow, and her mother Mia, have something to say, four hours’ worth of it. Does it really need to take that long?

Gut Reaction: There are some segments that could have been edited down a bit but for the most part it does take four hours. It was well structured. And what it revealed to me is that both parents in this family dynamic are flawed. I believe Allen displayed odd behaviors and that Farrow was subtlety controlling. It was also a grossly one-sided take on the situation, a Hollywood scandal that I wish aired on A & E than on HBO. I miss Sheila Nevins, but I digress.

Breaking the storyline down a bit, in Part I we get a quick intro into the key players; it’s how they met and the family dynamic. Key footage is the extensive home movies that mother Mia took of everything. Part II delves deeper into the family structure and how Allen was controlling of Mia in her career and how he 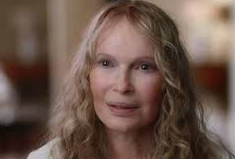 consumed all of Dylan’s playtime that led to Dylan’s allegations. Also, the Soon-Yi bombshell is worked in there. Part III exposes the whole custody trial; the notions of Dylan being coached in her allegations and Allen’s influence & pressure as an NYC icon to squelch many points of contention. Part IV deals with Dylan’s adult years and how she got herself to the place to go more public with the allegations, which still don’t hold to this day.

Again, it does take time to way through all this. The home movies show obsessive behavior from Allen towards his adopted daughter Dylan, whom he said initially we would have no interest in raising. It spells out his odd interest in Soon-Yi. Note, it is not wrong to be in a May-December romance but unsettling that such a relationship would be with one’s own stepdaughter. The work even looks at a number of Allen movies that showcases the same age differences between characters as if to groom his audiences into accepting this sort of behavior.

Then we get to Dylan’s taped allegations and how that footage gave off the impression that the child was being goaded. It seems so genuine. And it all gets distorted by the looming axioms used by both parties – it is what is believed that counts, not the actual truth and that the child believes it happened, so it did. Those thoughts put into our heads adds damage to the allegations. All Dylan Farrow can do is lay it all before you. What is the truth is not clear-cut for many, it seems. Allen, though struggling with his film work is still free to roam. Mia & Dylan stand by their side of the story and the rest of the family is like us, they stand 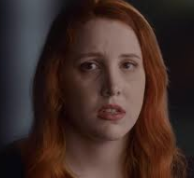 divided. Some side with Woody, others with their mom.

Conclusion: It is well told but for some, unfair reason this story of abuse isn’t sticking. We get Dylan’s frustration in that. Even though Allen didn’t win custody, he did successfully defuse the situation by shining blame onto Mia as unfit. We saw his celebrityhood hold power. This documentary series broke down all the nuances that I am not going to sift through. Seek out ALLEN vs FARROW for them and pick your side.