Overview: On Thanksgiving Day 2012, American photojournalist James “Jim” Foley was kidnapped in Syria and went missing for two years before the infamous video of his public execution sent shockwaves and introduced much of the world to ISIS. JIM: THE JAMES FOLEY STORY, by close childhood friend Brian Oakes, tells the story of his life through intimate interviews with his family, friends and fellow journalists – while fellow hostages reveal never-before-heard details of his captivity with a chilling immediacy that builds suspense. Made with unparalleled access, this documentary is a harrowing chronicle of bravery, compassion and pain at the dawn of America’s war with ISIS.

Expectations: This is another of those documentaries that I starved myself of the trailer and promos until afterwards as not to get a preconceived notion of the tone and feel of the film. I expect a total immersion into who James Foley was and how his family learned and dealt with the news of his death. No doubt we will see archival footage of his upbringing, of his work as a war correspondent, news coverage of his death and the ramifications of it. It should be moving and poignant I’m sure. Here is the trailer.

Gut Reaction: Wow, I am overrun with thoughts and feelings. The trailer was right when it started “You know the headlines, but you don’t know the story.” Upon watching this 112 minute documentary you indeed know the story; the story of James “Jim” Foley, conflict journalist. Now, I am almost ashamed of how I downplayed (but didn’t alter after watching) the above paragraphs. I trimmed down the Overview and the Expectations were rather simply stated. This film, however, held more impact than those sentences represent. As HBO documentaries go this Brian Oakes’ film sets the bar pretty high for the year. 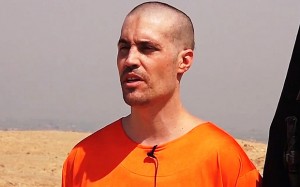 JIM actually is three stories cohesively made into one. Not only is it about the man James Foley and his family dynamic but it also offers a great definition of what it is to be a conflict journalist and an account of what a political prisoner’s day-to-day struggles are like. Again, all three angles are strong and clear and meaningful. First, there is the family. I was taken and quite moved by the strength of the Foley family really in this film. Yes, there were moments of being chocked up over their remembrances but all in all they are one proud and strong family. We are not just talking the loss of a loved one here, we are talking about someone publicly executed horrifically for all the world to see. Their interviews of walking through there life before and after Jim’s kidnapping (for a second time) was an incredible story alone.

But, there are the other stories on top of it. Through colleagues of Jim’s we learn of the life and business of conflict journalists. I like that title. War correspondent gives the connotation that the reporter works for a TV network. What Jim and his associates did was freelance work; not sure if the story they risked to tell would get told. As was evident in the film it is a dangerous job especially if you decide to brave the frontlines and Jim and others did. Quite a bit of Jim’s footage of his work in ear-torn regions is shown and we quickly learn what type of person it takes to get those stories told and that James Foley was exactly that kind of person.

The other story is the story of captivity. Survivors of the kidnappings were actually detained alongside Jim. The film recreates their detention and you live the experience through its telling. The captives were one by one released while Jim never was. They told of terrible moments in a dark cell in which they all survived, but they also upheld the glowing theme of this work – that charismatic James Foley was the shining example of positivity, compassion, faith and hope.

I must second a quote HBO executive producer Sheila Nevins said of JIM: THE JAMES FOLEY STORY. She stated – “James Foley is America’s son. If this story doesn’t move you, nothing can.”  Know that I am deeply moved, but I just didn’t want to fill this post with my feelings, but spend the time preparing you for the structure and nature of the documentary and encourage all to see it. It will likely be one of my top picks of the year already. It is well constructed and powerfully told by all involved. The Foley family and Jim’s colleagues and fellow captives all made sure the essence of who Jim was clearly and powerfully told to Oakes and us and they and the filmmaker succeeded masterfully. 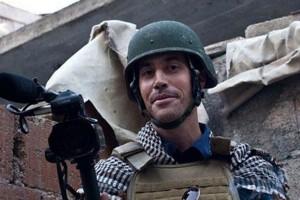 In Conclusion: Out of all the thoughts that swirled from watching JIM: THE JAMES FOLEY STORY I focus on one strong one I had; one thought that must be printed in boldface –

The least you can do to honor James “Jim” Foley is to get to know him via this film. He deserves your recognition. He sacrificed his live for simply making us aware of what is happening in the dangerous places. His journey, his life deserves your attention.

Next: On 02.08 HBO will present – HBO Documentary Films: HOMEGROWN: THE COUNTER-TERROR DILEMMA which looks at American citizens you have joined extremists groups.