Overview:  For the past two decades, filmmaker Doug Block (HBO’s “51 BIRCH STREET”) has helped support his documentary work by shooting the occasional wedding. Known for his intimate, fly-on-the-wall style, he repeatedly found himself bonding with couples on their big day, never to see them again once the video was completed. Having long wondered what became of some of these marriages, Block began to track down a few of his favorite couples. Juxtaposing rapturous wedding-day flashbacks with remarkably candid present-day i 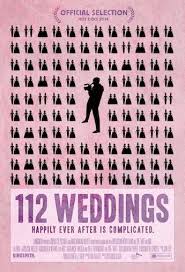 nterviews, the documentary 112 WEDDINGS asks what comes after “I do,” exploring timeless themes of love, romance and commitment when it debuted MONDAY, JUNE 30 (9:00-10:35 p.m. ET/PT) on HBO.

After catching up with couples old and young, happy and struggling, married and divorced, Block arrives at a ceremony to shoot his 112th wedding. Having bonded with so many couples on their big day and returning to hear the realities of “for better or for worse,” Block reveals what he’s come to believe is the most significant moment of a wedding: “The one where two people face the world together as a married couple and walk off bravely into the unknown future.”

Expectations: The Press Release for this documentary was quite lengthy. I knew that this documentary was about the videographer’s meetings years later with couples to find out what state their marriage was in since he saw them last. That document had a few paragraphs about the couples interviewed. I didn’t read it because I didn’t want to know the circumstances for which we see the couples; I save that for the film.

Though the overview is simple in its premise there is more to the story here. This piece, though it should give us a bit of background, is not about Doug Black. It is a documentary about marriage and the varied ways couples carry on that union after they are wed and the reception is over. The trailer, supplied below, makes that clear. Just what state of affairs this piece chronicles isn’t clear to me, but I am sure we will see the “good” and the “bad.” In the end, however, the “good” will prevail and we should leave the film with the joys marriage can offer a couple.

Gut Reaction: Okay, I endured that one. Hey, I am a married guy and happily so to my beloved, but an hour and a half of discussing marriage and witnessing the weddings of others got a little long in the tooth.  It certainly highlighted the “good” moments but your thoughts linger with the “bad” ones.

The film uses nine willing couples to illustrate the work, commitment, stress and bliss that come with marriage. One couple states “that it hasn’t been work” while others talk of the constant “compromises, and challenges that were never expected.” Each couple delivers quite a bit to the camera, which must be seen as great credit to Doug Block to make them feel so comfortable to do so. Well, most of them.

112 WEDDINGS is certainly not a bad concept and just might interest those romantics out there, but it was hard see the fascination for this writer. Now I review documentaries for HBOWatch because of interest in the human dynamic, to ke 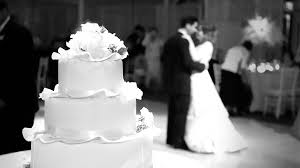 ep it simple, and marriage is a huge part of that dynamic. The whole concept of two persons being bound by such a legal and spiritual contract is a union upheld around the globe. Why we need it, how we go about it and how we sustain it is interesting and complex, but this method of illustrating that didn’t grip me like it does Doug Block.

In Conclusion: Simply, a nice story on the institution of marriage that could have been edited down to a more tolerable piece. But, on a positive note, it did make this writer go back and review his own wedding day and gave me much joy. It made me evaluate where I stand in the range between “good” and ‘bad” when it comes to my marriage and I like the state of affairs that I am in just fine. I thank Doug Block for invoking that refection for me. That, in itself, might be a good reason to watch 112 WEDDINGS. For those married couples that watch it might offer you an opportunity to recall that day as well.

Here  is a bit of a bonus regarding this documentary as HBO interviewed the film maker about 112 WEDDINGS. Here is an excerpt.

HBO: Out of the 112 weddings you filmed, how did you choose which couples to speak to for the film?

David Block: (pictured) When I was starting to think about which couples to shoot, I made a list off the top of my head without even consulting my directory. Before I knew it, I had a list of 25 couples. 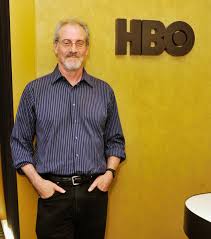 HBO: What made those couples fresh in your mind?

DB: They’re really good, strong personalities, or they stayed in touch and were fans of my previous films, so I thought they’d be more inclined to agree to an interview quickly. I initially had a development deal to put together 20 minutes, so I went out and shot the first three couples. From those interviews, I got a conceit of juxtaposing an interview now with the weddings. It’s kind of fun to get a snapshot view of a couple’s marriage, as long as you acknowledge that it’s not the truth. If I had come a week later or even a day later, I would have gotten a completely different impression.

HBO: Which couple surprised you the most?

DB: I didn’t expect Sue to be divorced. You don’t quite ever expect the divorces. Everybody seems happy. The big surprise was that Janice and Alexander were getting married after 13 years and that my timing was so good.

HBO: One of the most poignantly edited scenes was the story of Sue (pictured) and Steve. How did that come together? 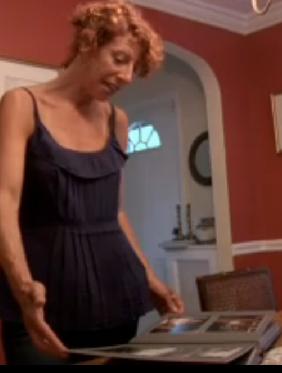 DB: For a while, we didn’t have Steve’s interview. Once that came in, we knew it would be a parallel editing of their interviews against the wedding footage. It has its own inevitable impact just because of the fact that it’s the only interview where a divorced couple talks from both sides. It’s so poignant to me when Sue looks through the wedding album. She’s just so attached to that wedding day and what it meant.

HBO: What do you hope people take away from this film?

DB: When people tend to think about marriage, their thoughts end at the wedding. The wedding is such a big deal that they conflate marriage with weddings. The whole point of the film is that the wedding is just day one. You’re going to have a long life together and the only thing that you can expect is that life will throw the unexpected at you. That’s your task as a couple — facing life together and the things you can’t possibly prepare for.