Overview: This documentary takes a look at some of the world’s most influential fashion images as conceived 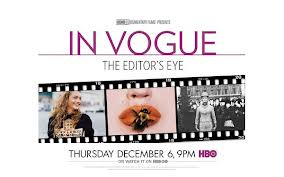 Expectations: This documentary coincides with the 120th anniversary of Vogue magazine and in those years I think I have picked up the magazine less than a dozen times yet, I do know what it is. Face it, my fashion sense consists of muscle shirts and going barefoot half the year and L. L. Bean and flannel the rest. I don’t know squat about high fashion or the magazines about it. 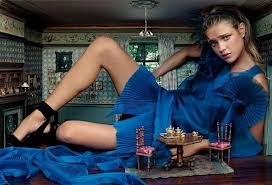 So, why am I about to watch IN VOGUE: THE EDITOR’S EYE? The truth be told I feel obligated. I have been doing my own style of documentary reviews for HBOWatch all year and I felt that I could not miss this one regardless of my minor interest. There is also the simple reason that I am always willing to be educated. But what can this film show me? First, I am looking for the imagery. This work is to document the styles shown in the magazine in all their high gloss fashion. I am hoping that they are rich, intriguing, invoking and unique. I also expect to understand what drives the fashion photographer and editors to capture on film the various stylized looks that have graced the magazine. I think those expectations can be easily met and I might just find it all entertaining. 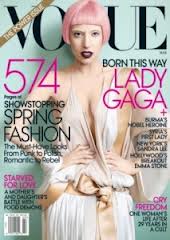 Gut Reaction: Okay, for me an hour was enough. At times I just looked at the photos and started shutting out the voices. In fact, I didn’t know any of the talking heads except Vera Wang; somehow I have heard of her. There was the expected cool imagery but not enough of it. The one feature I did like, however, was the timeline that took us through all 120 years of fashion and the mag. It was interesting to get a glimpse of the first publication and its use of illustration, the first photograph used in print, the first color photo used in the pages and the changing magazine through the decades.

But, I still don’t get the business. I understand that cultural attitudes are reflected in the styles we wear but, the fashion industry still seems excessive to me. I wish IN VOGUE: would have given me a better understanding of the necessity for high fashion. I realize that, like anything, it needs chronicled if it exists but I was left blank on the ‘why’ of it all.

In Conclusion: What I got out of it was a bit of history and the evidence of a passion that these editors have for their craft which is even difficult for them to describe. I am quite sure, however, that those people interested in paging through Vogue, those interested in fashion and/or photography can go away from this film with a lot more satisfaction than I did. For those who understand it was a good piece celebrating the magazine and the people who shaped it.

Did anyone else catch IN VOGUE: THE EDITOR’S EYE? Let us know what you thought of it.