Overview: Elephants, both the Asiatic and the African for centuries, have been adored, have inspired great works of art, and even have bee 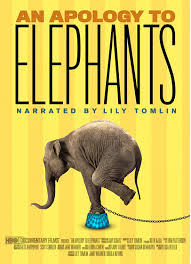 n revered as gods, yet they have also been treated with cruelty. AN APOLOGY TO ELEPHANTS explores the abuse of these ancient and intelligent animals and shows how some people are reversing the trend. It describes the often-brutal treatment elephants undergo when they are trained to perform, the psychological trauma they suffer and the physical damage done by inadequate living conditions in some zoos and circuses. In addition to this footage of elephants in the wild and in captivity, AN APOLOGY TO ELEPHANTS  also includes interviews with elephant biologists, scientists and activists, including the  Performing Animal Welfare Society (PAWS)co-founders Ed Stewart and the late Pat Derby; Dr. Joyce Poole, director of the conservation group Elephant Voices; Colleen Kinzley, curator at Oakland Zoo; Dr. Joel Parrott, director of Oakland Zoo; Dr. Mel Richardson, a captive wildlife veterinarian; Katy Payne, founder of the Elephant Listening Project; Cynthia Moss, director of the Amboseli Trust for Elephants; and Dr. Raman Sukumar, a professor at the Indian Institute of Science.

Expectations: I expect to get pissed off. I expect to see some hope, and then I might get a little sad. Naturally this documentary is going to show the viewer the mistreatment these majestic animals face around the world as entertainment and as work machines. 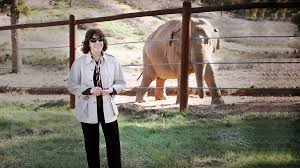 As I sigh, let me say it is best I don’t get too riled up about this piece before I even see it. I’ll let it play first.

Review: Yep, I’m pissed. I’m just as pissed as the bull elephant in the china shop. And I think I’m that expressly emotive for two reasons. First, I’ll be honest enough to reveal that I am one of those “nature boy” types. I feel, as one of the “intelligent’ animals on this sphere that we should be stewards to the other species that we share this planet with. I think the other reason for this emotive state is because I have been watching and reviewing so many documentaries as of late that I see homo sapiens as an evil animal wreaking havoc on each other and the planet. Simply, we treat Mother Earth like shit.

But, I am here to review this documentary. So, as I take a deep breath, and probably turn away a few with the approach I have taken here, I can say – who would have that that Lily Tomin would not only narrate this piece but also be Executive Producer? It turns out to be a nice voice for this piece. AN APOLOGY TO ELEPHANTS clearly shares with us the plight the maligned beast as gone through at our expense and highlights those who have made efforts to improve their status as a species before they go extinct.

It is odd, however, while watching it that my mind went to thinking more about the human animal and not the unique pachyderm. Though I appreciate and like the elephant species my focus wasn’t so much on thoughts of “oh, those poor animals”mbut more in the tone of “why do humans have to be so cruel and destructive.” The documentary is, thankfully, balanced with some humanity striving to apologize and do well by aiding as many elephants as their space and other resources allow. It is better than doing nothing. Their efforts, in some small way, do matter, but it is not enough. 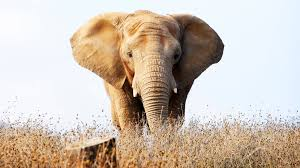 In Conclusion: This short 40 minute documentary is not for everyone. If you see animals as resources to be used for our amusements and hard jobs then this won’t matter. But, for those with compassion and concern will be drawn to it and left heartbroken. If you have read my reviews of ONE NATION UNDER DOG and PROJECT NIM  my feelings here should be no surprise to readers. Watch AN APOLOGY TO ELEPHANTS for yourselves and form your own opinion. I’ll bet you’ll be pissed off as well. Just come back here and let us know how you feel.