Here we go with another round of works planned for HBO from various production companies about various topics. One takes us to a tropical resort and another to space. We hope they all come to fruition and that they all maintain the level of quality we look for at HBO.

Mike White, showrunner of Laura Dern’s ENLIGHTENED for HBO, has a chance of another series for the network. Instead of a workplace setting, he is off to Hawaii. It is a social satire entitled THE WHITE LOTUS and is set at an exclusive tropical resort. It follows the exploits of various guests and employees over the span of a week. It is designed as a six-episode limited series.  It is already before cameras, observing pandemic protocols, in Hawaii. In fact, we’ve learned the show, as 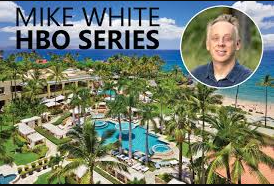 of this writing, is halfway through eight weeks of filming at the Four Seasons Resort Maui at Wailea. A strong cast has been going through their paces, meaning White should get THE WHITE LOTUS to HBO in the first half of 2021.

From an official press release we got quotes that include this – “Mike is an unparalleled talent whose groundbreaking work has transformed both the film and TV space,” said Francesca Orsi, executive vice president of HBO Programming. “We couldn’t be happier to collaborate with him again on yet another hilarious and perceptive piece that exposes the complexities of life and humanity itself.” White added, “It’s beyond exciting to return to HBO with this project and such an incredible cast. I am very grateful to everyone who has made it possible for us to bring our little bubble to Hawaii, a place I am proud to think of as a second home.”

And we are happy to see him making something for HBO again. Surely with his stint on a recent season of Survivor, a very complex social game, he has enriched his insight regarding social dynamics that can be utilized for THE WHITE LOTUS. Time will tell.

It is time for the space game as private companies take the lead in pursuing ventures in space. Leading on that front is Elon Musk’s SpaceX and now that business is the focus of an HBO limited series in development. The work is still in early pre-production with no director or cast yet in place. The big question here just might be who will play Elon Musk in the series or how hands-on Musk himself might be with this cinematic endeavor. 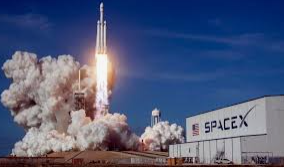 The six-episode series SPACEX will be based on the book “Elon Musk: Tesla, SpaceX, and the Quest for a Fantastic Future” by Ashlee Vance. It will document how Musk, in pursuit of his lifelong dream to make humankind a multi-planetary species, handpicks a team of engineers to work on a remote Pacific Island where they build, and launch, the first SpaceX rocket into orbit. It spurred a new era of privately funded space exploration, culminating in the first manned Space X launch of the Falcon 9 on May 30, 2020.

Doug Jung will serve as writer and executive producer on the series. Channing Tatum will executive produce via his production company Free Association, along with Reid Carolin and Peter Kiernan of Free Association. Vance and Len Amato will also executive produce. Michael Parets will oversee the project for Free Association. That company is also responsible for the upcoming GORILLA AND THE BIRD already slated for HBO. Jung’s previous writing credits include films like Star Trek Beyond and The Cloverfield Paradox, as well as shows like Mindhunter, BANSHEE, BIG LOVE and Dark Blue, the last of which he co-created. We will let you know when SPACEX is ready for the launchpad.

Via an HBO press release comes word that actor Jake Gyllenhaal will team up once again with director Denis Villeneuve (Prisoners and Enemy) in an adaptation of Jo Nesbø’s THE SON for HBO. 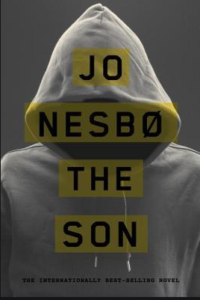 The series is based on “The Son,” from the #1 New York Times bestselling author Jo Nesbø, which is described as a tale of vengeance set amid Oslo’s brutal hierarchy of corruption.

“Jonah and Lisa are a formidable creative force and we are excited to collaborate with them again, alongside the brilliant Lenore, to adapt Jo Nesbø’s novel,” said Orsi. “Denis is a master at weaving visually exquisite and unique narratives, Jake is a gifted actor and producer whose work often traverses provocative and compelling terrain, and of course, he and Denis have collaborated brilliantly in the past. We are beyond excited to see how this powerhouse team tackles this exceptional work.”

To give you a better description of the work here is a bit more detail: Sonny Lofthus has been in prison for almost half his life: serving time for crimes he didn’t commit. In exchange, he gets an uninterrupted supply of heroin—and a stream of fellow prisoners seeking out his Buddha-like absolution. Years earlier Sonny’s father, a corrupt cop, took his own life rather than face exposure. Now Sonny is the center of a vortex of corruption: prison staff, police, lawyers, a desperate priest—all of them focused on keeping him stoned and jailed. When Sonny discovers a shocking truth about his father’s suicide, he makes a brilliant escape and begins hunting down the people responsible for his and his father’s demise. But he’s also being hunted, and by enemies too many to count. Two questions remain: who will get to him first, and what will he do when he’s cornered?

Look for THE SON.

Maybe you’ve listened to the podcast? Well, wait a while and an HBO adaptation of this one from producers Issa Rae (INSECURE) & Adam McKay (SUCCESSION) will add to the story. A planned series stemming from the original five-part podcast from Chana Joffe-Walt will examine the issues of the U. S. school system. 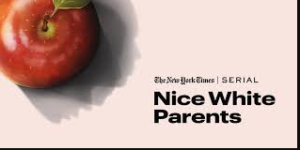 It tells of a middle/high school that was formerly known as the School for International Studies in the gentrifying Brooklyn neighborhood Cobble Hill. Before gentrification, the students were Black and brown kids from poor and working-class families. When white parents started sending their kids to the school, Joffe-Walt found the school’s priorities changed to suit the needs of the white kids from homes with more money. Some white parents and students thought that a bad school was being made better by their presence. They saw no issue with whitewashing the establishment as it was a needed improvement for the children & city. Well, you can be sure that Rae & McKay have something to say about that!

It is said HBO obtained the rights after a strong bidding war. No details of the episode rollout for the work but the tone is described as a satirical look at the conflict and will play out the humor in that. And that production team behind NICE WHITE PARENTS is hard to top. Rae has been strong & vocal with INSECURE and A BLACK LADY SKETCH SHOW, plus face time in COASTAL ELITES. McKay has already given HBO SUCCESSION and has at least three other works in the pipeline for the network. NICE WHITE PARENTS sounds like a good concept to add to their resumes.

If you’ve been counting, we are up to #5 in the list. Holding that position is IRMA VEP, a limited series for Alicia Vikander. Here is word via an HBO press release:

HBO has greenlit IRMA VEP, a limited series written and directed by Olivier Assayas and starring and executive produced by Alicia Vikander. Loosely 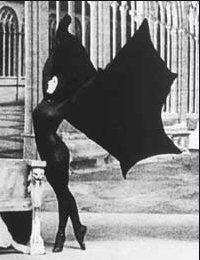 based on Assayas’ 1996 feature film of the same name, A24 is producing the limited series along with Kevin Turen and Sam Levinson. The series will revolve around “Mira” (Vikander) an American movie star disillusioned by her career and a recent breakup, who comes to France to star as “Irma Vep” in a remake of the French silent film classic, “Les Vampires.” Set against the backdrop of a lurid crime thriller, Mira struggles as the distinctions between herself and the character she plays begin to blur and merge. IRMA VEP reveals to us the uncertain ground that lies at the border of fiction and reality, artifice and authenticity, art and life.

The series continues the partnership between HBO and A24, whose recent collaborations include the Emmy-winning series EUPHORIA starring Zendaya. Those involved are excited for the venture –

“I am immensely grateful to Alicia, A24, and HBO for giving me the incredible opportunity to explore and expand Irma Vep in a series format,” said Assayas. “This is a comedy that will try and catch the zeitgeist the same way the original Irma Vep did, in a very different world, a very different era, that right now feels light years away.”

“I have been a long-time admirer of Olivier and his work,” said Vikander. “I am very excited for us to work together, and to be a part of the expanded universe of his superb cult classic, ‘Irma Vep.’ There are a lot of brilliant people coming together and I am delighted to be partnering with HBO and A24 on this special project.”

“When the opportunity arose to partner with Alicia and Olivier we jumped at the chance,” said Francesca Orsi, Executive Vice President, HBO Programming. “Olivier is a master at weaving unique narratives imbued with levity and drama and Alicia is one of the most versatile, celebrated actors of our time. They have an undeniable, distinct vision for the reimagining of Olivier’s cult classic film, and we can’t wait to tell it with them.”

We can’t wait for this unique tale either or, for that matter, any strong content matched with HBO’s level of quality.

For the “& More” portion of this post we announce a new HBO Films presentation in the works. An official press release gives all the information:

HBO is in production on the film OSLO, it was announced by Tara Grace, Senior Vice President, HBO Programming and Films. Adapted from the Tony Award-winning play of the same name, the film is based on a true story of negotiations between implacable enemies — the secret back-channel talks, unlikely friendships and quiet heroics of a small but committed group of Israelis, Palestinians and one Norwegian couple that led to the 1993 Oslo Peace Accords.

Though the filmed version of the play sounds exciting, I wish this cast was acting out the play on a stage for the camera as opposed to a strict filming of the story. I do miss that format from HBO’s early days of the channel. Nevertheless, it will be a film not to miss.

Not all these topics and titles may ‘wow’ you but at least it should make you happy that HBO is still reaching for that quality of entertainment it has always gone into making Home Box Office a standout. We will keep track of these projects going forward.