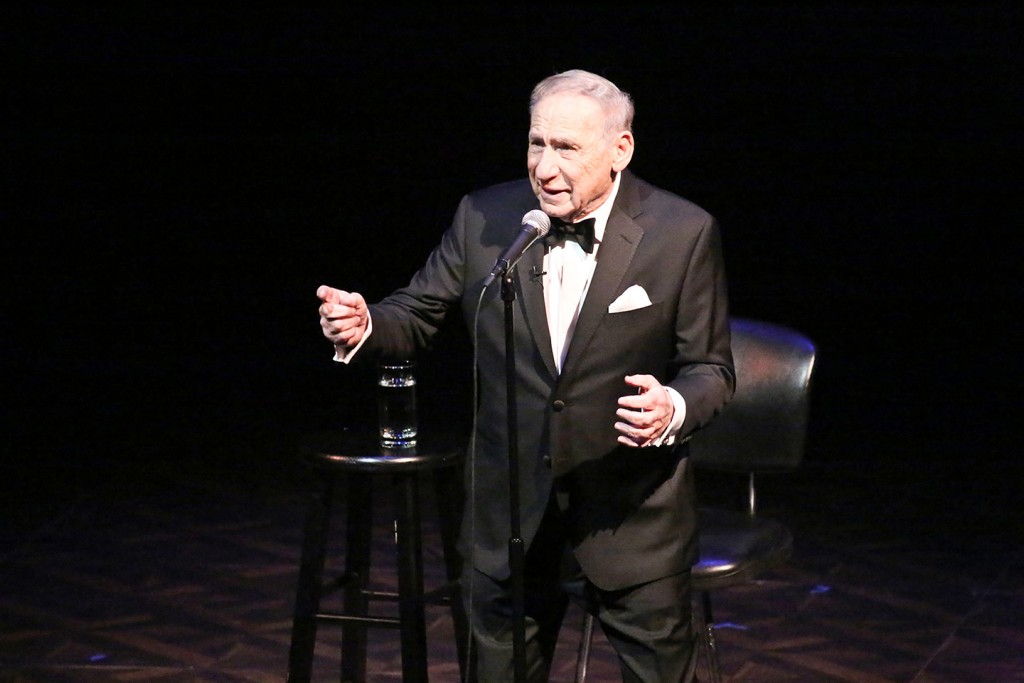 Overview: Mel Brooks is one of the funniest voices in American comedy. Now, the entertainment legend dons a tux and takes the stage for a memorable one-man show filled with jokes, songs and hilarious anecdotes when MEL BROOKS LIVE AT THE GEFFEN arrives on HBO. It debuts SATURDAY, JANUARY  31 at 9:00pm  exclusively on HBO.

Appearing onstage at the Geffen Playhouse in Westwood, Los Angeles before a live audience, the indefatigable comedian shares intimate stories of his childhood in Brooklyn, his rise in television (triggered by a breakthrough writing gig on Sid Caesar’s classic Your Show of Shows), his courtship and marriage to actress Anne Bancroft, and his illustrious film career as writer-director of The Producers, Blazing Saddles, Young Frankenstein and other comedy classics. Later, backed by pianist Gerald Sternbach, Brooks performs spirited renditions of several tunes he’s comp 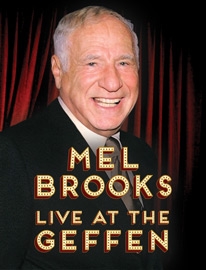 osed and/or authored, including “Blazing Saddles” and “High Anxiety,” and fields questions from the audience.

“Mel Brooks is a national treasure who belongs on HBO. This sidesplitting special will delight longtime fans and introduce him to a new generation of comedy buffs.”

Expectations: What is not to like about this entertainer. Everybody, even kids today, know the humor of Mel Brooks. This special, only slated for one hour, is going to be a treat just like his prior visits to HBO. Here is a clip.

Gut Reaction: Give this geezer a roomful of people, a microphone and a place to set some water and himself and you got an act! It is not, however, an act for everyone to enjoy. Yes, we all may know his movies, or some of them, but younger crowds (if they even bother to watch) won’t know Show of Shows or references to “Sid” or recognize Carl Reiner in the house. Brooks is eighty-eight as of this show; his era of Hollywood is long in the past. Also, if you didn’t notice, Mel Brooks may be a witty storyteller and a snappy lyricist, but his singing prowess is not stellar. He knows that though, and is so comfortable in his skin and in his routine that he doesn’t appear to worry or care that he is a crappy singer. He goes with it with gusto. His best number is “High Anxiety” from the movie of the same name. The biggest grumble about the set is that the audio is not that good. They tweaked with the gain or whatever to make it a bit better as the show went on, but at the start the microphone was not doing its job. It made me wonder if the whole hall could hear his shtick. Despite all that, he has a fun way of telling his stories and he has hundreds of them. A certain crowd, like the one assembled at the Geffen Playhouse will enjoy them.

Bonus: Mr. Brooks appeared on REAL TIME WITH BILL MAHER the night before (01.30) and shared some information I find worth sharing because…hey, I told you he has a million of ’em.

In Conclusion: It was not his best stint on HBO I will give you that, but it was entertaining enough for me. You got to remember his age and that he is still out there doing his act approaching ninety. HBO evidently appreciates it. Do you? Now if we could just get him to spearhead a movie or series on HBO while we still have him with us.  Find his special throughout February and on HBOGo.