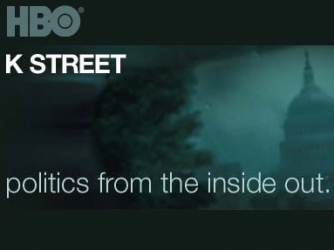 After watching a few episodes of VEEP now I have come to the realization how the political world is truly ripe for storytelling. So much happens in the halls of government that could easily be turned comedic, such as VEEP or dramatic, such as Aaron Sorkin’s THE WEST WING that the stories can be endless. On the heels of that declaration popped up the remembrance that VEEP was not HBO’s first foray into scripted political plots. So, instead of filibustering about the laughable exploits and comedic opportunities that await Selina Meyer, I thought that it might make a good post for HBO WATCH if I singled out the two political shows I remember that came before the Julia Louis-Dreyfus vehicle. So, how about it?

Does K STREET and TANNER ’88 ring a bell with anyone? They were both series on the pay channel that looked at the political scene long before Selina Meyer won her office. The more recent of the two was K STREET. It aired for ten episodes in 2003 under the care of Executive Producers Stephen Soderbergh and George Clooney. It was a topical look at the Capitol scene with a unique cast involved.

Three actors, John Slattery of MAD MEN, Mary McCormack of THE WEST WING and Roger Guenveur Smith of OZ played characters in the piece but two actual political know-it-alls got the top billing. They were James Carville and Mary Matalin. He was the go-to political consultant on the Hill and strongly aided Bill Clinton’s presidential campaign and she was the other side of the coin, also a political consultant but for George W. Bush and his Grand Old Party. Also Carville and Matalin were and still are married to each other. These two politicos knew of everything going on in Washington D. C. and had the time, for at least one season, to use this knowledge in K STREET.

K STREET itself refers to the section of the city where the lobbyists, advocacy groups and the like hold offices. The show featured a fictional, bipartisan consulting firm on K Street led by Carvill & Matalin and the three created characters. Each episode was largely improvised and usually focused around the major political news of the week. This meant that the show had a short shooting schedule to keep the show fresh and topical when it aired. That was a demanding pace to maintain. The first half of each thirty minute episode was about the lobbyists’ relationship with the government, the clients and the law. The back half always featured more about the fictional characters lives and how they were affected by all the power wheeling & dealing. The show starts with character Tommie Flannegan(Slattery) accepting a job assisting Carville in prepping Presidential hopeful Howard Dean for debates. All the while Matalin thinks her 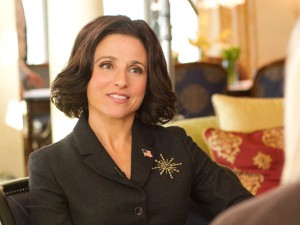 husband hired the wrong guy. Other story lines include Amnesty International not liking a client the firm signs on and Matalin gets accused of exposing a CIA operative.

Though the show was welcomed by the D. C. crowd its ratings showed that it did not connect with the rest of the country. Critics offered mixed reviews at the time. Variety’s Phil Gallo wrote that “it could serve as a primer in understanding modern day politics.” USA Today didn’t care for the show and wrote “sitting through K Street was like watching a group of show-off kids hanging around amusing each other when they should be working. You’d think these people would have better things to do with their time, particularly the ones who are drawing salary from the public treasury. Taxpayers and HBO subscribers should demand better for their money.”

The fact that mainstream America couldn’t or wouldn’t wrap their minds around this fast–paced political scene coupled with the short turn-around time demanded of the show caused the shut-down of this K STREET. Alas, there is no longer anything about K STREET on HBO or HBOGO. But, if anyone is that interested it can be purchased from the HBO SHOP. Did you watch K STREET? Feel free to comment below.

Part II of this look at HBO Classics is forthcoming. Look for it and enjoy the newest politically themed show on HBO – VEEP.