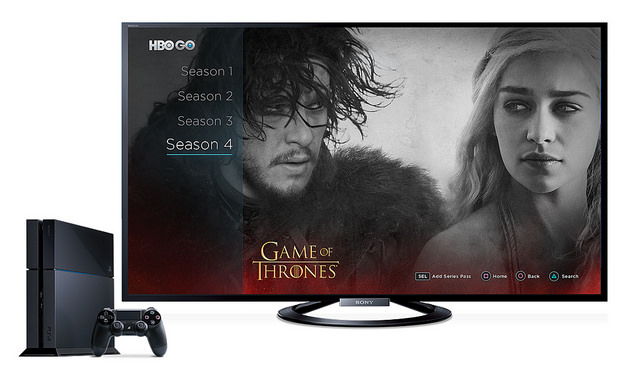 It’s hard to imagine now but there was a time when HBO was not available on all devices. Before HBO Now and Go, you had to subscribe to traditional cable and add HBO to your package. Today is much different. People demand that HBO Now and Go become available on every device imaginable. It’s tough to be a coder at HBO these days because each device is different and you can’t support everything instantly. Frustrating but today HBO is announcing support for the Playstation platform. Here are the details:

Home Box Office, Inc. announced an agreement to bring HBO and Cinemax to PlayStation™Vue, the pioneering Internet-based live TV service from Sony Interactive Entertainment (SIE). Additionally, HBO NOW will be coming to the PlayStation®4 (PS4™) and PlayStation®3 (PS3™) systems for new and existing HBO NOW subscribers. Users who subscribe to HBO through PlayStation Vue will also be able to access HBO NOW on all supporting devices at no extra charge.

“PlayStation has always been at the forefront of innovation and we are thrilled to build upon our partnership with them to meet the evolving demands of television audiences,” said Jeff Dallesandro, Senior Vice President, Worldwide Digital Distribution and Business Development, HBO. “By expanding the ways that PlayStation users can access unparalleled programming like Game of Thrones, The Night Of and Last Week Tonight, we’re demonstrating our commitment to flexibility and quality.”

“HBO’s award-winning content is a great match for the PlayStation audience, and the addition of HBO and Cinemax builds upon our commitment to bring the best of live and on demand TV to our users.” said Dwayne Benefield, Vice President, Head of PlayStation Vue at SIE. “PlayStation Vue continues to bring industry firsts to users who want a better way to watch TV, including being the first to offer HBO and Cinemax as live standalone channels. Our flexible subscription options offer more choices for consumers than ever before.”

HBO and Cinemax on PlayStation Vue, and HBO NOW on PS4 and PS3 systems, will launch ahead of the Oct. 2 premiere of the highly anticipated new HBO series Westworld, created by Jonathan Nolan and Lisa Joy. PlayStation Vue users who subscribe to HBO can also instantly access every season of HBO’s addictive original programming, thought-provoking documentaries, thrilling sports programming and the latest and greatest must-see box office blockbusters via PlayStation Vue or by logging in to HBO NOW on any device.

With a PlayStation Vue subscription, users can access programming from more than 50 network mobile apps or websites, simply by logging in with their PlayStation™Network email address and password.  The mobile apps and websites are developed by network programmers and are a separate offering from PlayStation Vue, but can be used at no additional cost.