Those of us who are true HBO fans know that November 08th is a significant date. I’m glad that WBD is aware of that significance also. With all the changes and turmoil the company has had and is still in the midst of having, what with a lawsuit slapped on it now, I wondered how WBD was going to honor the anniversary of HBO’s first transmission. Well, it has launched an HBO 50 initiative to get us all on the bandwagon.

Here in its entirety is the press release announcing the celebration –

In honor of HBO’s 50th anniversary on November 8, the brand launches its “Fifty Years of Firsts” campaign. For 50 years, HBO has been the first to break new ground, changing and elevating the landscape of TV in film, documentary, drama, comedy, news, and sports. Through its award-winning storytelling, HBO has introduced the world to characters and storylines that have captured the zeitgeist and remain resonant to this day. “Fifty Years of Firsts” celebrates the first premium network’s culture-defining legacy and teases the best that’s yet to come.

“HBO’s legacy is one of telling groundbreaking stories. Fifty Years of Firsts celebrates the works of those who elevated the entertainment experience and gives a look ahead from those who will continue to do so in HBO’s future,” said Casey Bloys, Chief Content Officer, HBO and HBO Max. “We are excited to relive these moments with fans and honor our brilliant storytellers.” 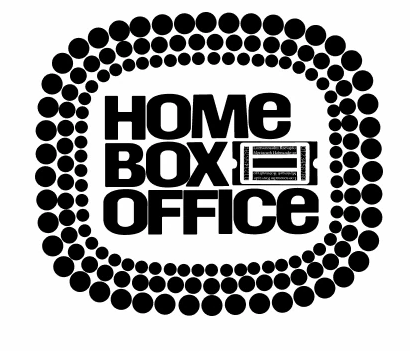 For 50 days leading up to the anniversary, HBO will share sneak peeks—including first look trailers, cast and behind-the-scenes photos, unreleased footage, script excerpts, and more—from upcoming HBO Originals. The campaign kicks off with an exclusive clip from the sixth episode of “House of the Dragon,” ahead of its debut. It will also feature exclusives from HBO’s new original series “The Last of Us,” the second season of ““Winning Time: The Rise of the Lakers Dynasty,” the third season of “We’re Here,” the second season of “The White Lotus,” the third season of “The Righteous Gemstones,” the fourth season of “Succession,” and many more.

A bespoke page on HBOMax.com will visually highlight HBO’s past and future throughout the campaign, while HBO social channels will use #HBO50 to revisit some of the brand’s memorable shows, scenes and characters. Social efforts will culminate on November 8 with the HBOwards, a social-first award show that will highlight the best of HBO’s first 50 years. HBO Max’s HBO Brand hub features a celebratory anniversary tray highlighting 50 iconic HBO series.

On November 1, the hub will rebrand to an HBO50 page filled entirely with thematic trays that relate back to the anniversary, including selections of unforgettable pilots, hilarious stand-up specials, inclusive storytelling, acclaimed documentaries, films, limited series, and more. And starting October 31, ten classic and new series will take over the primetime slot (Monday to Friday from 8pm-11pm ET/PT) on HBO2, giving fans the opportunity to revisit or discover the first three episodes of an essential HBO series per night during the two week window: “True Blood,” “Sex and the City,” “The Wire,” “The Sopranos,” “Curb Your Enthusiasm,” “The Gilded Age,” “House of the Dragon,” “Succession,” “Barry,” and “Winning Time: The Rise of the Lakers Dynasty.”

Just one way to celebrate the milestone. Enjoy HBO! Tell us what you think or share your best memories right here on HBOWatch!