Next week HBO will be serving up a series of its top fights of the year for several nights in a row starting Saturday December 27th through Tuesday December 30th.  They can also be seen anytime On Demand and on HBOGO.

Golovkin vs Geale and Golovkin vs Rubio (11:30 pm)
These two fights were the best opponents the fearsome fighter from Kazakhstan could get in the ring this year.  Geale was a quality fighter from England who gave his best in a high action, violent brawl. Rubio on the other hand came into the fight for a payday and nothing more in this farce of a fight. Golovkin stayed the course on his way up the pound for pound ladder this year but will need better, braver opponents if he is to be a true elite and cross over into the mainstream. Regardless he is must see tv every time he’s on screen whether live or in replay. 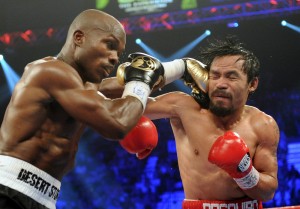 Pacquiao vs Bradley II (Midnight) (pictured) was a pay per view fight last spring that did not have much intrigue. In their previous fight Pacquiao dominated but was robbed on the scorecards in a travesty that is familiar to regular watchers of the sport. The rematch righted that wrong as Manny gave the same strong performance but this time was given a just decision.

Hopkins vs Kovalev (Midnight) just happened in early November and was monumental for several reasons. Hopkins had always taken younger fights to school with his wily, often ugly tactics including hugging, mauling and over dramatizing fouls. Kovalev proved his quality as he is the first fighter to beat Hopkins and leave no doubt that he was the better fighter. Watch this one for some action but primarily to appreciate the battle of wills and skills that were showcased in this fine example of the highest level of the sweet science.

Cotto vs Martinez (11:00 pm) (pictured)
Cotto won the legitimate middleweight title last summer when he whooped the athletic but aged Martinez who was hobbled by a nagging knee injury that took away the spry athleticism that has given him so much success. It was an action fight and worth watching again. If boxing was about the best fighting the best, Cotto would next take on Golovkin who is widely seen 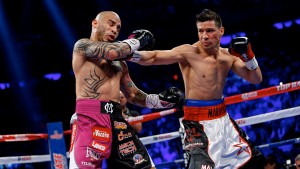 as the best middleweight in the world but boxing is about money and Cotto is expected to fight Canelo Alvarez next May in what will be a huge financial success and probably a great fight in the ring. It says here Golovkin beats both fighters by knockout if given the chance later in the year.

That same night Terence Crawford vs  Yuriorkis Gamboa (12:15 am) is also replayed. This is a major contender for fight of the year.  It was all action with a raucous crowd. If anyone reading this hasn’t seen it I won’t spoil it.  If you watch one fight on this list, make it this one.

The year end replays finish tonight with Marquez vs Alvarado (11:30 pm) and Klitschko vs Pulev (12:25 am). Both were entertaining, quality fights but Klitschko vs Pulev is the one to recommend here. It was not intense and the unknown Pulev came straight at the far and away best heavyweight of the last decade which made for great action, real risk and even some drama.  These are all qualities that are usually sorely lacking in Klitschko fights. This was his most entertaining match since 2005.

If you haven’t seen much of what HBO has to offer in the sweet science, check it out next week on the network of champions. 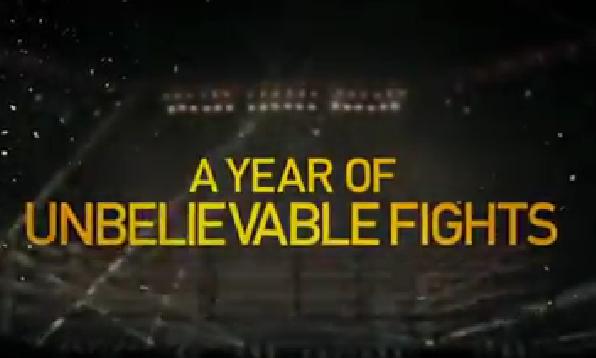