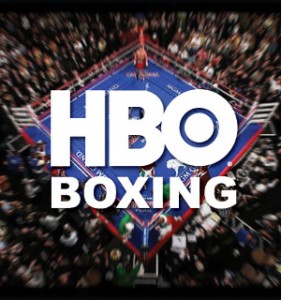 HBO SPORTS offers up a gift again this year. It will air a nine-fight series featuring some of the most memorable bouts of 2015 starting on December 27. That’s right boxing fans hoping for some fight action around the Christmas holidays can look forward to a compelling offering of memorable bouts over a four-night span. Beginning on December 27, HBO will re-air nine of the year’s most memorable bouts over a four-night span. Below straight from HBO Boxing is the line-up with the replays airing each night beginning at 11:00pm ET.

Now sadly, HBOWatch must admit that we are not experts on the ‘sweet science’ enough to detail why all of these bouts were the big ones for HBO BOXING throughout this past year. Thankfully we can give credit to thelivingdaylight site who had this to say about the line-up:

HBO has done a fine job of spreading the fights out over four days with pairings that make sense. But in terms of bang for one’s buck, December 27 and 29, which feature a slew of spectacular stoppages, provide the most brutal action — not to mention the leading fight of the year contender in Muira-Vargas.

In terms of competitive, compelling fights, look no further than Lucas Matthysse-Ruslan Provodnikov (pictured); Muira-Vargas also falls into this category because of its multiple momentum swings. And while Cotto-Canelo didn’t provide the fireworks of all-time great Mexico-Puerto Rico battles, it did do extremely well o 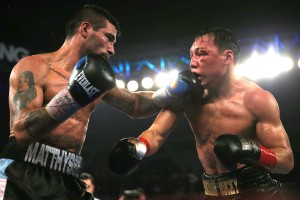 n HBO Pay-Per-View for a reason.

Interestingly, several of the fighters featured here by HBO are in the mix to face each other in exciting, new bouts or rematches. Muira-Vargas is a fight that demands a sequel, and Canelo Alvarez is currently negotiating with Gennady Golovkin and his team for a bout that would be for all the middleweight marbles.

So there you fight fans. You can recap the year courtesy of HBO BOXING and get ready for another BIG year of the big names in the sport in the new year. We will do our best to keep you informed about bouts from WORLD CHAMPIONSHIP BOXING and BOXING AFTER DARK.