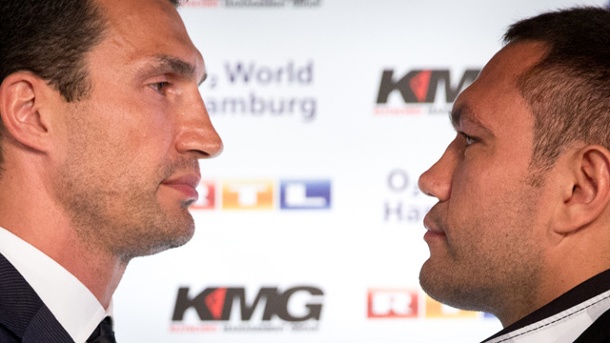 HBO has a very late addition to schedule this weekend with an afternoon showcase featuring the legitimate heavyweight champion Wladimir Klitschko against a typically game but over matched opponent in Kubrat Pulev. For those not in the know, Klitschko has been the most dominant heavyweight in the sport since Joe Louis.  This is partially due to his superior work ethic, talent and genetics as well as the historically soft division which has seen him beating up fighters whose best days were in the 1990’s along with prospects that will never be near the same level as Wlad.  You can expect a big knockout but try not to fall asleep before it happens. The bout airs at 4:45pm.

Later on Saturday night you can find more boxing on HBO Latino.  This event will start at 9:45 pm eastern and showcase two young prospects, Oscar Valdez and Gilberto Ramirez.  Neither is a star yet but these are well-matched developmental fights.  If you’re a boxing junkie, watching this show is a no-brainer as these fighters will likely move on to bigger and better platforms with wins.

Speaking of falling asleep, this writer and hardcore boxing fan didn’t make it to the end of last week’s Hopkins/Kovalev fight which ended at 1 am eastern time.  I made it until the 9th round and awoke to see the post fight interviews.  It was a quality fight and offered a good rating for the network in this coming out party for Kovalev who floored Hopkins.  It is ridiculous that this event had such a late start time but this may be due to trying to avoid competition with several big college football games.  In any case, Kovalev proved that he had the perfect game plan for handling the wise old man and dominated Hopkins in a way that had never been done before.  Look for a farewell fight from Bernard to remove the bad taste he has from this drubbing.