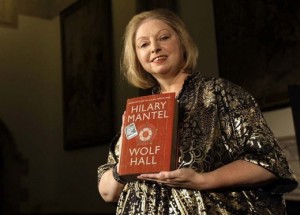 Two major networks, HBO and the BBC will be joining forces for a miniseries adaptation of Wolf Hall, the award-winning historical novel by British author Hilary Mantel.  Set in the period from 1500 to 1535, Wolf Hall is a fictionalized biography documenting the rapid rise to power of Thomas Cromwell, 1st Earl of Essex in the court of Henry VIII of England.  Shotime’s popular series, The Tudors focused on the same time period but this new series is said to delve more into the drama around Henry’s court rather than the life of the many-wived King himself.

Author Mantel is in the process of penning two more books in the series, the second will focus on HVIII’s second wife,  Anne Boleyn and the third is expected to cover Mr. Cromwell’s eventual (spoiler alert!) downfall.   No word yet on possible actors, directors or writers for the new HBO miniseries.  The project is in it’s infancy as of today and we wouldn’t expect a premiere date to be earlier than winter of 2012.  We’ll bring you more details as we get them!  In the mean-time feel free to comment with your thoughts on casting the King, Cromwell and Anne Bolyen!  Would you be opposed to some of The Tudors actors getting a second swing at the roles?

If you’d like to start reading the novel beofre the series hits the air you can pick it up at any major bookstore or head over to Amazon to be ahead of the rest of us.