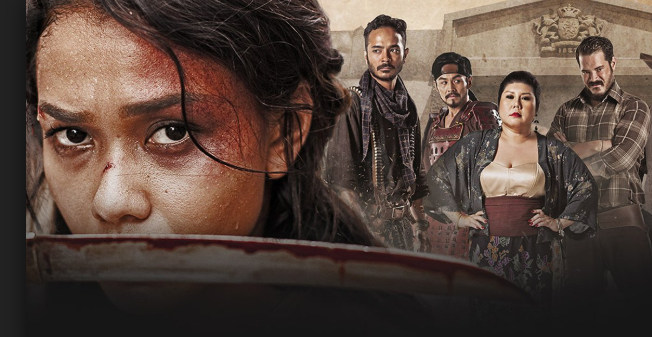 This writer enjoys exploring HBO International and I’m quite glad that that content has been transferred over to HBO’s U. S. streaming sites. I hope under new management that this continues. New to HBONow/Go comes an action series from HBO Asia. It is entitled GRISSE and comes from Singapore, Indonesia. Wait, before you bail out know that it is in English!

The show has one season of eight episodes that aired across Asia in November of 2018. Straight from HBO Asia comes the following information about the series:

Set in the mid-1800’s within the colonial period of the Dutch East Indies, the series chronicles the story of a group of unlikely individuals who lead a rebellion against a brutal governor and suddenly find themselves in control of a Dutch garrison town called Grisse. The stories revolve around a number of unique characters, each from diverse backgrounds and creeds who unite for the chance to determine their own destiny from the yoke of tyranny.

The Jakarta Post tells us that the show is set in a small town in East Java called Grisse (now called Gresik) and show creator Mike Wiluan spent six months studying literature on Gresik. “There was actually a Dutch base camp there, and when I read that characters started to pop out in my mind.” GRISSE features an ensemble cast of actors who are based in Indonesia, Japan, Malaysia, Singapore, Europe, Australia and the US. They include Adinia Wirasti (HBO Asia’s HALFWORLDS), Marthino Lio (Sayang You Can Dance), Michael Wahr (City Homicide), Edward Akbar (Air Terjun Pengantin), Jamie Aditya (Sync or Swim) and Toshiji Takeshima (HBO’s TRUE BLOOD).

Someday I will get around to watching GRISSE and I’ll let you know what I thought of this international series.