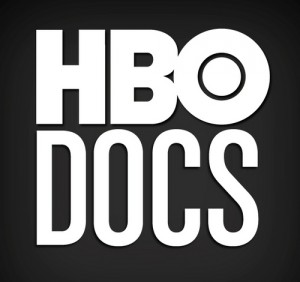 HBO Documentary Films has scheduled a compelling array of timely and thought-provoking films to debut on HBO and HBO2 in the coming months.  Highlights include PARADISE LOST 3:  PURGATORY, the final chapter in the controversial West Memphis 3 murder case, THE UNION, a look at the remarkable musical collaboration of Elton John and Leon Russell, and THE WEIGHT OF THE NATION, a groundbreaking series dedicated to bringing new understanding of the contemporary obesity epidemic.

PARADISE LOST 3:  PURGATORY (debuted Jan. 12.) revisits the controversial case of Damien Echols, Jason Baldwin and Jessie Misskelley, who were incarcerated for the 1993 West Memphis child murders, which they maintain they did not commit.  Joe Berlinger and Bruce Sinofsky previously chronicled the fight to prove their innocence in the award-winning HBO documentaries “Paradise Lost:  The Child Murders at Robin Hood Hills” (1996) and “Paradise Lost 2:  Revelations” (2000).  From full courtroom access and jailhouse interviews to behind-the-scenes strategy meetings and intimate portraits of grief-stricken families, this third, comprehensive look at the case features extensive never-before-seen footage and uncovers stunning new developments since the last film ten years ago, concluding with their release from prison on Aug. 19, 2011.  Directed by Joe Berlinger and Bruce Sinofsky.

THE UNION (Feb. 2) is an unprecedented look at the creative life of Elton John and his remarkable collaborative album with his early-career idol, Leon Russell, produced by award-winning music producer T Bone Burnett.  Never before filmed in his composing process, John is captured by Crowe in this candid portrait of one of the world’s most treasured artists and performers.  Begun in Nov. 2009, the documentary chronicles the entire writing and recording process of “The Union,” the acclaimed album John made with Russell.  Directed by Cameron Crowe (“Almost Famous,” “Jerry Maguire”).

THE LOVING STORY (Feb. 14) recounts the little-known struggle of Mildred (who was part-black and part-Native American) and Richard (who was white) Loving, whose marriage was declared illegal in 1958 by their home state of Virginia.  Jailed and unable to live legally in their home state, the Lovings fought back and changed history with the historic 1967 Supreme Court case Loving v. Virginia, which overturned bans on interracial marriage in 16 states.  Directed by Nancy Buirski.

SAVING FACE (March 8th) spotlights Dr. Mohammad Jawad, a British cosmetic surgeon to the stars, as he travels to his homeland in Pakistan to treat survivors of radically disfiguring acid attacks, the majority of whom are women targeted by family members.  The film also follows one of his patients as she becomes involved with women in the Pakistani parliament to address the issue of acid violence on a national level.  A film by Daniel Junge and Sharmeen Obaid-Chinoy.

GOD IS THE BIGGER ELVIS (April) tells the story of Dolores Hart, a rising Hollywood starlet who appeared in films with Elvis Presley, Montgomery Clift and Anthony Quinn, but abandoned her career to become a Benedictine nun in 1963 at age 23.  Now Mother Prioress of the cloistered Abbey of Regina Laudis, in Bethlehem, Ct., she reveals her life, past and present, with grace and humor in this unique documentary. Directed by Rebecca Camissa.

THE WEIGHT OF THE NATION (May), developed in partnership with the country’s leading research institutions, looks at the contemporary obesity epidemic.  Three years in the making, the multi-part, multi-platform series sheds new light on the facts and myths of this urgent public health problem, showing how obesity affects the health of the nation and cripples the health-care system.  Diabetes, cardiovascular disease, cancer and arthritis are just some of the diseases directly linked to obesity, and these disorders will dramatically increase if the status quo continues.

IN TAHRIR SQUARE:  18 DAYS OF EGYPT’S UNFINISHED REVOLUTION (Jan. 25) chronicles the early-2011 people-powered revolt in Egypt’s Tahrir Square that brought down President Hosni Mubarak and changed Egypt forever.  From Emmy®-winning filmmakers Jon Alpert and Matthew O’Neill, this documentary short is a from-the-frontlines look at what would become the largest revolt in Egypt’s history.

RAISING RENEE (Feb. 22) tells the story of accomplished, charismatic painter Beverly Mciver and her promise to take care of her mentally handicapped sister, Renee, when their mother Ethel dies.  Filmed over the course of six years, the film explores themes of family, race, class, disability and art.  Directed and produced by Oscar® nominees Jeanne Jordan and Steven Ascher.