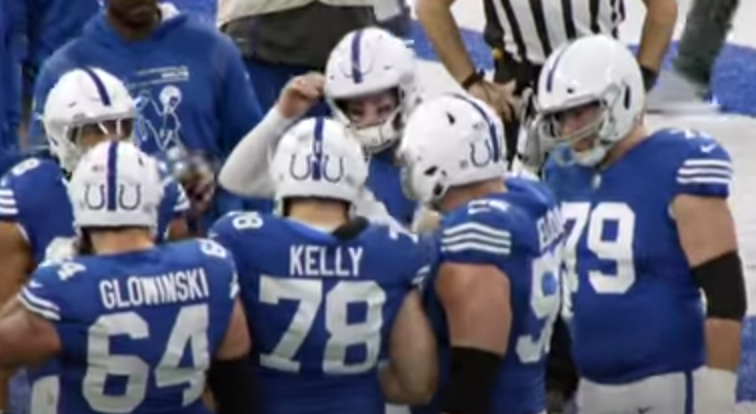 Episode three of this impressive spin-off of the original Hard Knocks features lengthy scenes of interaction between the Indianapolis Colts players, their families, and their extended families (i.e fans). Coming off their first win over a ranked opponent, the jovial Colts players hand out turkeys to appreciative fans outside of Lucas Oil Stadium. The moment is magical, with one middle-aged woman screaming like teens during a boy band concert. The efforts between HBO Sports and NFL Films tug at your emotions; inducing humor, excitement, and sympathy.

The bulk of the episode focuses on the Garvey family, whose son Mason, passed away in 2020 after a lengthy battle with rhabdomyosarcoma at nine years old.  Mason met Cornerback Kenny Moore (pictured) during a Make a Wish Foundation event. The two bonded in 2018 during Moore’s second season with the Colts. The 15-year age difference was easily transcended because Moore has six sisters but always wanted a brother. At Thanksgiving dinner, Moore tells Mason’s parents 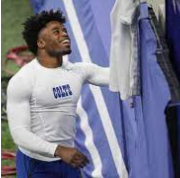 Jonathan Taylor, the star running back who inserted himself firmly in the MVP discussion with the effort over the Buffalo Bills, wins a Nickelodeon award. But what’s a Nickelodeon award without some slime to go with it? Taylor opens a box containing Nickelodeon’s signature blimp and a container of slime, but defensive lineman Grover Stewart wrestles the bucket of green goo away from his teammate. As Taylor gives an acceptance speech on the training field, his teammates end the quasi-ceremony by dumping the green goo on the award recipient.

Up until the final 20 minutes of the episode, we have been treated to personal interactions. Now it is game day against defending Superbowl champions Tampa Bay Buccaneers. Although I am a Brady fan, I still hold a grudge against the Bucs for defeating my Raiders in Super Bowl XXXV. Truthfully, the Raiders are to blame for not performing in the clutch. I digress. In a tight game, the Colts lose a heartbreaker to the Bucs, and the pregame practice and sideline banter are all about the G.O.A.T: Tom Brady. Some players comment that this is their first outing against Tom Brady. While Brady was instrumental in victory as always, Leonard Fournette had a four-touchdown day; complete with a 28-yard touchdown run with 20 seconds to go, finishing with 100 rushing yards and 31 receiving yards.  This is the third 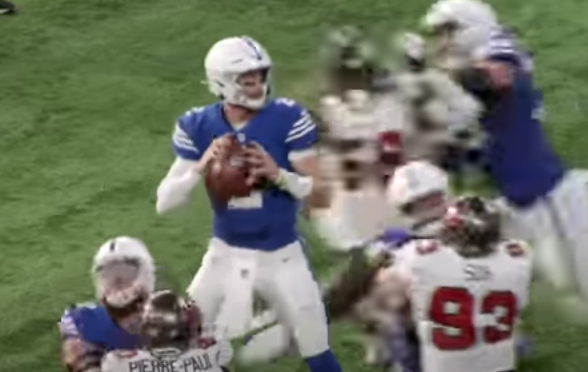 game this season in which the now 6-6 Colts led by double digits but lost late. Uncharacteristically, the Colts committed five turnovers leading to 24 Tampa Bay points. The final score is 38-31 for the defending champions.

The Colts have five remaining games to tip the scales in favor of a playoff appearance. Hard Knocks In Season: The Indianapolis Colts returns December 8, 2021 at 10pm ET on HBO.