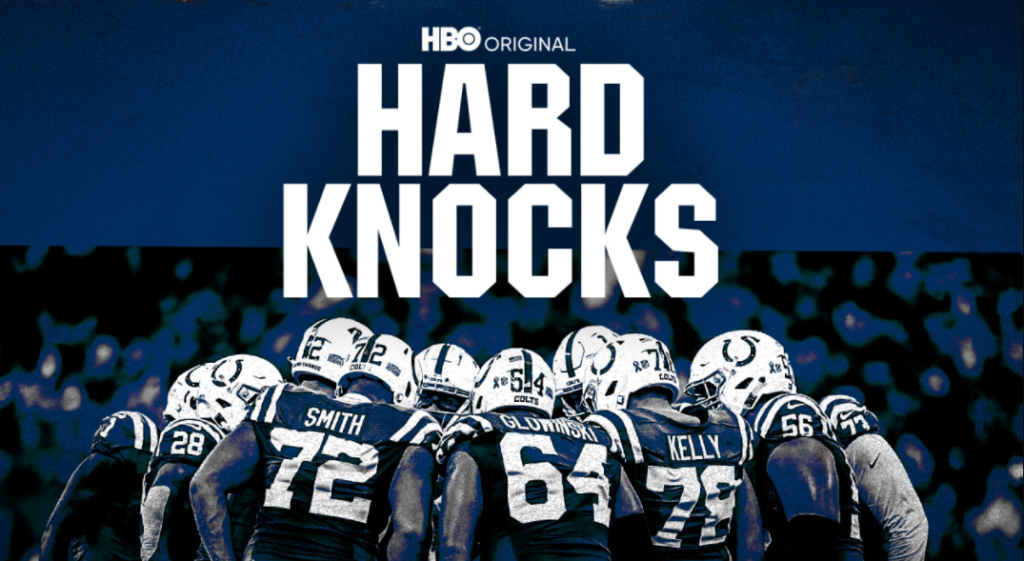 We did not see this coming. HBO Sports has surprised us all with another take of its acclaimed HARD KNOCKS series. Here, via an official press release, is the news that cameras will next scrutinize an NFL team in the heart of a regular game season. Yeah, I know, right?

For the first time in the history of television’s most acclaimed sports reality franchise, HARD KNOCKS will present a multi-episode, in-season edition when HBO Sports and NFL FILMS team up for HARD KNOCKS IN SEASON: THE INDIANAPOLIS COLTS this fall with an all-new primetime docuseries on the AFC South team.

Premiering WEDNESDAY, NOVEMBER 17 (10:00pm ET) the Emmy-winning weekly series will deliver its signature all access coverage in the first show of any kind to document an NFL franchise in-season and in real time, following the Colts as they navigate the challenges of an NFL season and battle for a playoff berth. Additional episodes will premiere each Wednesday through the end of the Colts’ season.

HARD KNOCKS IN SEASON: THE INDIANAPOLIS COLTS will be available on HBO and to stream on HBO Max.

“We could not be more thrilled to bring Hard Knocks and the remarkable behind-the-scenes access it provides for the entirety of an NFL season,” said Ross Ketover, NFL Films Senior Executive. “Thanks to HBO, along with the incredible cooperation from the Colts, we are able to deliver a groundbreaking new edition of the series.”

HARD KNOCKS debuted in the summer of 2001 with the reigning Super Bowl champion Baltimore Ravens. In all, 16 memorable training camp editions of the 18-time Emmy-winning series have been produced. The Dallas Cowboys recently completed their third season of being featured on the franchise.

This all-new, in-season edition of HARD KNOCKS will be the first appearance for the Colts on the series. 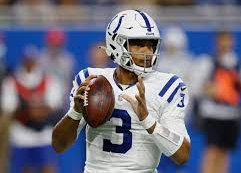 Now how in the hell did that happen? The Indianapolis Colts must have asked the production to follow them. Think about it. Most times, it seems teams don’t really want the scrutiny during their vulnerable yet valuable training camp period. The production team set up particular criteria, ones that fans of this show are quite familiar with, that enable them to pick the team they follow. Dallas had that honor in 2021. It has always been open for any of the NFL clubs to volunteer for the duty but none ever have because of the invasiveness. However, by the time the team sets its roster and gets into regular play, they become media stars as well as athletes. There are cameras and interviews at every game. The teams are used to focusing on the ball when they are supposed to and blocking out the distractions. But still, it is quite precedent that a team would volunteer to make a TV series happen while earning their living on the gridiron. Or were they drafted? News across the industry does not state whether the Colts had a say in the matter or not.

It is going to be interesting come November when the extra cameras inhabit the ball club. Due to tight ownership of the teaser out there I could not embed the clip but you can follow the link to Youtube. Get ready to get in-depth with the Colts when HARD KNOCKS IN SEASON: INDIANAPOLIS COLTS debuts in the heart of regular season play on WEDNESDAY, NOVEMBER 17, 2021.