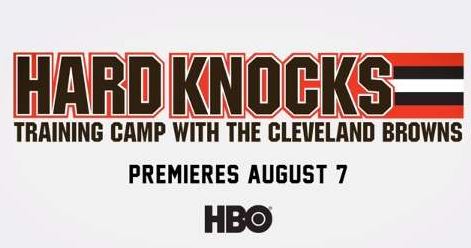 We wait for this announcement every year. Straight from an HBO official press release comes the announcement that the Cleveland Browns are the lucky NFL team before the cameras this coming training season.

HBO Sports, NFL Films and the Cleveland Browns team up for an unfiltered, all-access look at what it takes to make it in the National Football League when HARD KNOCKS: TRAINING CAMP WITH THE CLEVELAND BROWNS kicks off its five-episode season this summer. Spotlighting the AFC North franchise that has the hometown region excited as a wave of new, young players and veteran acquisitions get acclimated to the team, the 13th edition of the 16-time Sports Emmy Award-winning series debuts TUESDAY, AUGUST 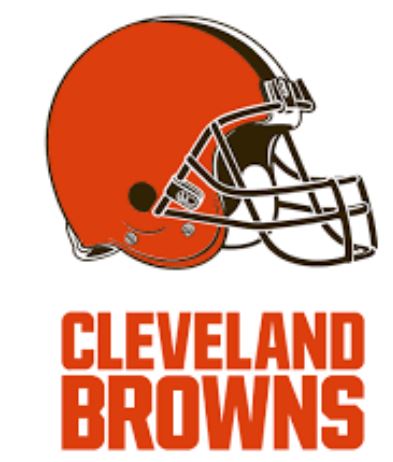 07 (10:00-11:00pm ET/PT). Other hour-long episodes of the first sports-based reality series – and one of the fastest-turnaround programs on TV – debut subsequent Tuesdays at the same time, with encore plays Wednesday nights, culminating in the Sept. 4 season finale.

“HARD KNOCKS returns with 91 football players determined to fulfill their NFL dreams, yet only 53 will succeed,” says Peter Nelson, executive vice president, HBO Sports. “The standard set by this landmark program is for fans to witness the truth as it unfolds: no staging, no second takes, no varnish. We are grateful to the Browns organization for allowing us to spend the summer with the team in what promises to be an intriguing training camp experience.”

“The storylines in Cleveland are compelling, which make the Browns an ideal partner on HARD KNOCKS,” says NFL Films senior executive Ross Ketover. “We’re looking forward to showing NFL fans around the world what the Haslams, John Dorsey, Hue Jackson and the coaching staff are doing to rebuild the team and reboot one of the most iconic franchises in sports.”

Camera crews will head to Berea, Ohio in the next few weeks to begin filming, with the action heating up in August when the cinema verité show focuses on the daily lives and routines of players and coaches. HARD KNOCKS: TRAINING CAMP WITH THE CLEVELAND BROWNS will chronicle head coach Hue Jackson entering his third season, leading the team with its intriguing mix of emerging young stars, established veterans, free-agent additions and highly regarded rookie hopefuls throughout training camp and the preseason. 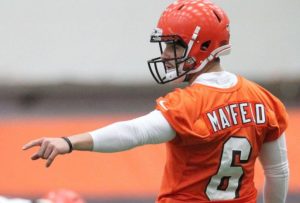 The Browns compete in the hard-nosed AFC North, where they maintain an intense rivalry with each of their opponents and have their sights set on ascending in the standings. Each week, viewers will get an inside look as players experience the daily rigors of an NFL training camp. Cameras will document hours of conditioning practices and meetings while chronicling players as they compete for a roster spot and bond off the field.

“NFL Films has always been exceptional at bringing fans closer to the game and they do an outstanding job with every show they produce, including HBO’s HARD KNOCKS,” say Cleveland Browns owners Dee and Jimmy Haslam. “We have been asked multiple times about being featured on HARD KNOCKS, and we really felt like it was our turn this year and the timing was right. We want to be great partners in this league, and we also recognize HARD KNOCKS gives fans a special opportunity to learn more about our team and players. Organizationally, we are confident about where we are headed, but we have a lot of work to do in order for this franchise to earn the respect of our fans on the field. We understand winning is ultimately most important to our fans. We’re looking forward to partnering with HBO and NFL Films to show how our team is working hard at training camp to prepare for the 2018 season.”

“I’ve been a part of HARD KNOCKS and when you experience it first-hand, you come to appreciate the inside look it really gives fans,” says head coach Hue Jackson. “We are excited about what we are building within our organization and feel good about the progress we have made this offseason. Being able to bring our fans in so they can get to know our players and our organization in a different way will be a huge positive for us. I want people to see how much our players and coaches care, how hard they work and how badly they want to win for Cleveland. This will be a great opportunity for our team.” 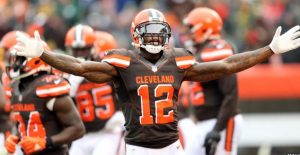 “Like many, I was reluctant about being the featured team on HARD KNOCKS, but once we sat down and talked about it as an organization, I feel a lot better and understand why the time is right,” says general manager John Dorsey. “Hue and I both feel like this team is in a good place and that we are in the process of building something that will lead to success. Being a part of HARD KNOCKS will give our fans the opportunity to see how passionate the people in our building are about winning and how excited we are about getting to work and preparing for the 2018 season.”

A 30-person NFL Films crew will be in Browns’ training camp at team headquarters in Berea, Ohio shooting more than 2,000 hours of footage over the course of the series. Camera and sound crews will have unencumbered access to players’ and coaches’ meeting rooms, training rooms, living quarters and practice fields.

Man, thinking football already. Mark the date and see you for HARD KNOCKS 2018.