Here at HBOWatch we like to think of ourselves as genuine, hardworking, freedom-loving Americans just like you!  The poignant series’ on HBO have become an established and important part of the American lexicon.  From The Sopranos and The Wire to True Blood and Game of Thrones we’re all uniting around the water coolers of this great nation to talk about just what the fuck Sookie was thinking when she had sex with Eric Northman in the forest that steamy summer night in Bon Temps.  Or to determine when that little shit Joffrey will get his throat slit by Arya Stark whispering  “Valar Morghulis” into his ear as a pack of starved direwolves tear at his entrails; his mother looking on in horror.  These are the issues that bring people together in these divisive times. 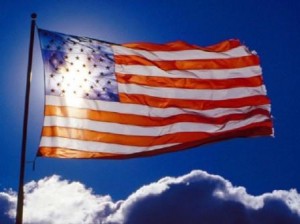 In an age where nothing is permanent and uncertainty rules the day it is with great pleasure that the authors here at HBOWatch are able to blog about that great beacon of hope for the television industry: HBO.  Just this week the network announced new seasons of True Blood and The Newsroom as both shows had come under critical scrutiny in recent days.  It just goes to show that HBO’s business model isn’t just centered around Neilson ratings and the bottom line.  The network is attempting to cultivate and shape the American culture itself.  To provide valuable insights that only the world’s foremost actors, writers and truth-seers can provide.

Actors and writers sing the network’s praises and those in the know trip over themselves to land a gig with the cable giant.  This is because HBO gives these masters the time, funding and leeway to create things worthy of creation.  Art that is never censored due to a complaint from Frito Lay or the NRA.  Art that is never cancelled because a few illiterate bloggers didn’t appreciate the first few episodes of a new series that they’ll almost surely be praising within the year.  HBO takes on all of the American ideals of passion, originality and pure hustle that forged one of the greatest nations human beings have ever witnessed and showcases them every Sunday night.  But almost more importantly than that– HBO isn’t afraid to allow visionaries and intellectuals speak truth to stupid in a world of media where stupid outnumbers truth 100 to 1.

So on this Independence Day after the BBQ has cooled and the fireworks have been spent take a few moments to think about the great works of art have affected your life.  Imagine what it would be like to live in a world where it wouldn’t have been safe for that art to have been created in the first place.  And most of all be sure to crack a beer in honor of those who’ve helped to make it all possible in the first place.

In case you’d missed it– HBO has renewed Eastbound and Down for a fourth season!  He’s back from the mother-fu#$king dead bitches!