In celebration of HBO’s birthday, we throw some fun stuff at you. HBO began at 7:30pm ET on November 8, 1972. The service’s inaugural program was a National Hockey League game between the New York Rangers and the Vancouver Canucks from Madison Square Garden followed by the first movie they aired which was the 1971 film Sometimes a Great Notion starring Paul Newman and Henry Fonda. This writer’s family was able to subscribe in 1974 when the network wasn’t even a 24-hour network. The first noted series was INSIDE THE NFL in 1977; the first scripted series was NOT NECESSARILY THE NEWS in 1983 and the first original movie was THE TERRY FOX STORY that same year and the rest is history, as they say. Since then, a lot of programming has been created and aired. Many have curated listings of HBO’s best over the years and that is what the bulk of this post is about. Here is a look at HBO’s best of the best. 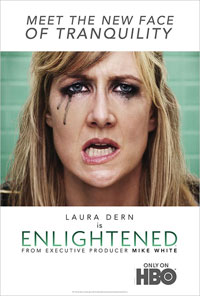 My biggest head-scratchers from the list above are that – THE PACIFIC placed but not BAND OF BROTHERS? That SUCCESSION isn’t on there, and if we are going to list limited series, that CHERNOBYL didn’t make the list? Well, that is the nature of lists but let’s compare it to another listing. The following is from Rotten Tomatoes. Note, they factor in documentary series as well. 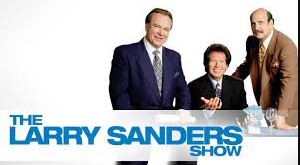 John Lurie, John Wilson and Terence Nance’s shows ranked up that high, really? One thing for certain is that critics like the late Garry Shandling’s gig. I did also, but at #1? Hmm? Anyway, thoughts to ponder and a chance to perhaps give us your Top 10 of All Time in the comments below.

One show not on either list still deserves a shout-out because it simply was the first successful dramatic series for HBO was OZ. It began in 1997 and ran for six seasons. The first dramatic series was actually MAXIMUM SECURITY that ran for six episodes back in 1985 and starred Jean Smart. Well, OZ was given an 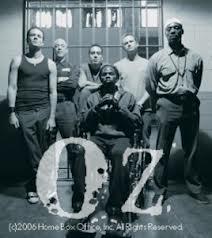 appreciation earlier this year and we include highlights from that event as we honor HBO.

Creator Tom Fontana, who was joined by actor-director Terry Kinney, as well as cast members Lee Tergesen, Dean Winters, Harold Perrineau and Kirk Acevedo, said of his series, “HBO trusted me, as the writer and producer, to make the show I wanted, as opposed to the show they thought they wanted. I thought that gave permission to do [shows like] Sopranos and Six Feet Under,” he said. “I think…we took a chance, and it has allowed other people to make TV shows that take a chance.”

That chance paid off and HBO has seen some gritty dramatic series ever since. If you are a true fan of early HBO and of OZ then the following panel discussion is for you.

Well, we could argue the best of HBO all day. HBO has evolved greatly since its beginning. Now, we have HBO Max with AT&T and all that is to change again with the big merger ahead with Discovery. As we sign off here, let us hope that HBO never signs off again! And remember, next year we celebrate 50 years of Home Box Office! Stay Tuned.