If you look past the dragons, sorcerers, and blood you’ll realize that Westeros is just another country trying to survive.  Much like America and many other non-fictional countries, Westeros has a small group of people that help run the country.  In America, our presidents have their respective cabinets that assist them. In Westeros, the King has a Small Council.

The most recent Small Council stands as such. 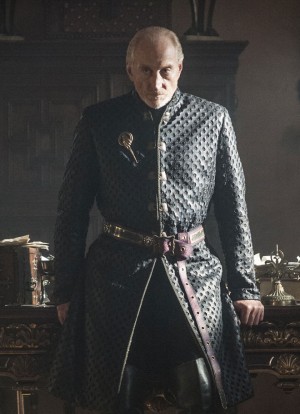 The Hand of the King Tywin Lannister

“The King shits, and the Hand wipes.” Ser Jaime Lannister accurately described Ned Stark’s last title when he was appointed Hand of the King by Robert Baratheon. Ned worked with the devious people of the Small Council and learned of the under-the-table politics that became more important than his honor. Tyrion Lannister achieved a lot when he acted as Hand in his father’s absence. Currently, the Hand is Tywin Lannister who’s more of an iron fist than a helping hand. Like we’ve seen in season three, Tywin lays down the law very harshly, even with his own children. When Tyrion asked for Casterly Rock, Tywin refused and told Tyrion that he murdered his mother. Cersei attempts to earn Tywin’s trust but he shoots her down. If anyone has what it takes to rule a country without smiling, it’s Tywin Lannister.

We’ve seen Cersei lie and manipulate with her tears and what’s under her breathtaking dresses to adjust the flow to her liking.If Cersei doesn’t like something, she changes it. The woman has power. She takes pride in being a Lannister and has used her family’s influence her whole life. She attempts to advise her son in his plight of being king, but like every teenage boy, he rebels. With Margaery Tyrell, Cersei may have met her match with another woman that can manipulate as well as she can. Since Joffrey isn’t a mamma’s boy anymore, the women he prefers inflates his ego and wears more revealing dresses. The Queen Regent obviously does not like the future queen and they are bound to fight over Joffrey’s favor.

Perhaps the oldest character on the show, Pycelle has served as maester for three kings: Aerys Targaryen II, Robert Baratheon and Joffrey Baratheon. In season two, Tyrion threw him into a cell after Pycelle acted as a spy for Cersei, but was let out when Tywin claimed his position as Hand of the King. The Grand Maester may not be a huge character, but he plays a crucial role. When Tywin Lannister marched to the gates to overthrow the Mad King, Pycelle urged the Mad King to trust the Lannisters and open the gates. The gates were opened, which led to Aerys Targaryen’s demise and the Lannister’s rise to power. Pycelle’s job as maester is to advise the king and be the doctor. 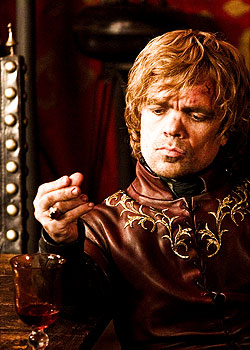 The odds have not been in Tyrion’s favor ever since they won the epic Battle of the Blackwater and his father returned to King’s Landing. The shortest, smartest, and most clever character in Game of Thrones recently became Master of Coin and he hates it. Tyrion enjoyed his power when he was Hand of the King but he does not enjoy having to manage money. Westeros has been in debt to the Lannisters for years but the dangerous threat is the Iron Bank of Braavos. The kingdom owes tens of millions of dollars and the Iron Bank of Braavos always gets their money. Tyrion is now the one responsible for this problem. 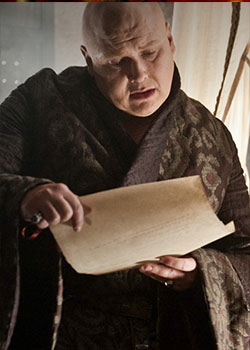 Also known as “The Spider”, our favorite eunuch has a secretive background. The Master of Whisperers advises the king on matters such as espionage and state intelligence. Basically, the job is to know everything and Varys does a terrific job. His sly nature has helped him rise from a slave boy to Master of Whisperers on the king’s small council. Varys recently revealed that a sorcerer made him a eunuch by giving him a paralysis potion, and cutting off his genitals. This explains his hate for magic.

Master of Laws and Master of Ships are vacant positions on the Westeros Small Council, which hints at new characters joining in on the politics. The Small Council of Westeros definitely has its problems but things are always changing.  You never know when a position might become.. available.