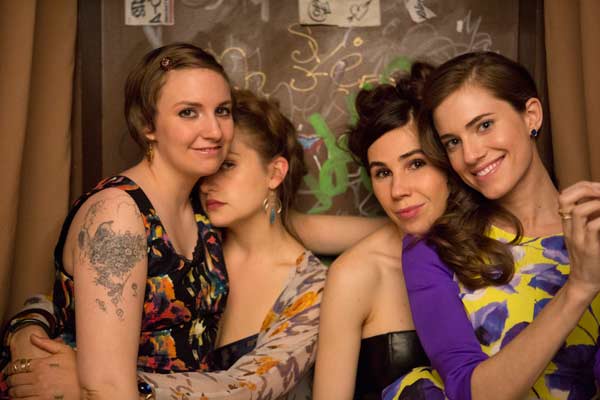 HBO has just confirmed that January will be a huge month for the premium cable network.  Not only is True Detective, a new series along with Getting On, another new series premiering in that month.  We now know that GIRLS season 3 will also air on that date as well.  Here’s the press release  straight from the top:

GIRLS returns for its third season immediately after the debut of TRUE DETECTIVE with a special presentation of two episodes back-to-back SUNDAY, JAN. 12 (10:00-11:00 p.m.), on HBO, followed by other half-hour episodes on subsequent Sundays at the same time. Created by and starring Lena Dunham, the Emmy®-winning series is a comic look at the assorted humiliations and rare triumphs of a group of girls in their 20s. Dunham executive produces along with Judd Apatow, Jenni Konner and Ilene S. Landress; Bruce Eric Kaplan is consulting producer. The cast also includes Jemima Kirke, Allison Williams, Zosia Mamet, Adam Driver and Alex Karpovsky.

Exciting times!  What an awesome night.  True Detective and then a DOUBLE episode of Girls season 3 on January 12th.  It seems like a while away but it will fly by.  See you in the new year!