Episodes 1 and 2, Females Only and Truth or Dare 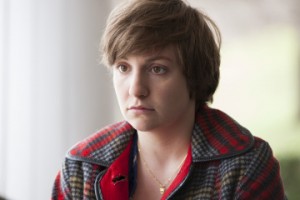 This Sunday brought us a double dose of Girls, as Lena Dunham and company returned for their third season.. Although Females Only and Truth or Dare are two separate episodes, they fit together seamlessly. The missing Charlie was dealt with in a surprisingly simple, yet sensible fashion, which was a relief to fans of the show who’d expressed concern about the effect that Christopher Abbott’s departure. The flow of both episodes was smooth as silk, the writing, simply flawless.

Season 3 kicks off with things seemingly coming together for Hannah. She and Adam are back together and they appear to be even stronger than ever. She’s managing her OCD and her writing is back on track. When we see Hannah meet with her editor, he loves her recent work and is surprisingly understanding when it comes to her OCD issues. “Why didn’t you tell me you were suffering from mental illness? That’s something we can work with.”

At home, Adam looks after Hannah, making sure she’s taken her medicine and gets enough protein. He makes paper mache sculptures, while she works to meet her deadline. They live together in a sweet haze of mutual respect and healthy support. After watching the Season 2 finale, I almost didn’t recognize them as the same sad, neurotic, individuals who’s lives were being held together by little more than fragile strands of Q-Tip fluff. I have to say that I’m thrilled to see them both moving forward and functioning somewhat normally, as I found their downward spiral in Season 2 to be very difficult to watch. 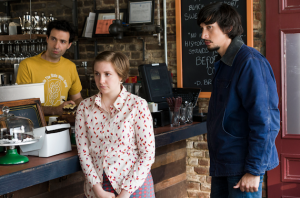 Adam comes in to meet Hannah at Grumpy’s, and ends up confronted by his ex-girlfriend, Natalia, and her extremely homely and abrasive BFF, Angie. It seems that Adam had abandoned Natalia, going back to Hannah without even a phone call or an explanation. Natalia and Angie let loose a barrage of insults and accusations, while Adam, Hannah and Ray listen in stunned silence. The girls fling insults at both Adam and Hannah, looking over Hannah’s attire before asking, “Did you leave in a rush?” and calling Adam an “off-the-wagon, neanderthal, sex addict, sociopath.”

The verbal assault culminated in a terrifying moment when Angie told Adam that Natalia was pregnant. Thankfully, this is not true, Adam is not going to be a father in the near future. However, Natalia’s parting shot, “I hope you two just enjoy your urine-soaked life fucking like the two feral animals that you both know you are. You’re gonna end up with a baby that you don’t know how to care for. You’re gonna fucking kill your kid. You’re gonna give it spoiled formula.” Leaves both Adam and Hannah stuttering in her wake.

While Adam probably deserved Natalia’s dressing down, I was sad to see Hannah caught in the crossfire here. Sure Hannah is self centered, whiny and entitled, but isn’t everyone? Isn’t that what being in your 20’s is all about? Does the current girlfriend ever really deserve to be verbally abused by the ex-girlfriend?

Meanwhile, Ray is not interested in socializing with Shoshanna, now that they’re no longer a couple. This makes Hannah incredibly sad, as she can’t imagine never speaking to someone again, after being so close and so intimate. Ray is as real and as honest as ever, telling Hannah that it’s not sad, it’s life, and that everything dies. Ray is my favorite character on the show, and my only disappointment with the opening episodes was that there was very little Ray. I’m hopeful that even though he and Shosh have parted, we’ll still get a healthy dose of Ray this season.

Shoshanna is getting ready to graduate, and she’s got some pretty sensible plans for her future. “Basically, it’s the beginning of a somewhat sexually adventurous time for me. I’m alternating nights of freedom, with nights of academic focus, so that at the end of my senior year, I will have had both experiences, while also being super well prepared, for professional world.” Her breakup with Ray has given her the freedom to hook up with guys, explore her sexuality, and yet not have to worry about floating in the sea of post grads who end up lost with neither career nor direction.

No offense, to the rest of the girls, but Shosh is the only member of the group who  seems to have some kind of head on her shoulders, when it comes to her future. She may appear to be bubble headed, but I think she’s got more brains than we tend to give her credit for. I’m really looking forward to seeing where this season will take her. 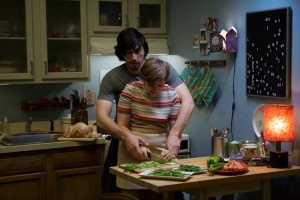 Hannah decides to throw a taco party, to catch up with the girls and so that Adam can get to know her friends better. Although Adam doesn’t want to hang out with the girls, “I don’t hate your friends. I’m just not interested in anything they have to say.” Hannah comes back with the fact that she too, isn’t really interested in what they have to say, but that they’re her friends, so it doesn’t really matter. The dinner goes better than expected, as when Marnie breaks down over her breakup with Charlie, it’s Adam who tells a story from his past, which helps Marnie to think about what kind of a connection she and Charlie had really had. “Just because I tasted her cum and spit or could tell you her middle name or knew a record she liked, that doesn’t mean anything. That’s not a connection. Anyone can have that. Really knowing someone is something else. It’s a completely different thing and when it happens you won’t be able to miss it.” Classic Adam, while he tends to make people a bit uncomfortable, his raw honestly is startlingly brilliant.

I think that Christopher Abbott leaving the show is actually going to be a huge benefit for Marnie, as she is a lot more interesting when she’s alone and adrift. Living with her mom (returning guest star Rita Wilson), working at Cafe Grumpy, getting an apartment on her own, are all humbling steps for Marnie and yet I think these are experiences she needs to grow. Her character arc promises to be unpredictable. She has a lot of life to live, and her future without Charlie is full of possibilities.

Perhaps the biggest relief for fans of the show is that Jessa is back. This season finds her in rehab, where she can’t quite seem to fit into the group sessions. I’m not sure that Jessa needs the rehab, so much as she needed a place to stay and another experience to check off her life list. “Are you a sociopath? Are you a Method actress researching a role?” The therapist who kicks her out of the program asks her. I think she’s a little bit of all of the above. While brutally honest, she’s deliciously entertaining and while she’s there, she helps a repressed girl come out as a lesbian and makes a friend (guest star Richard E. Grant) who gives her some good advice. “You’re too young to understand which thoughts are useless to you.” So it’s not a total loss, after all.

When Jessa gets booted out of rehab, she calls for Hannah to come to Woodstock to rescue her. Hannah coerces Adam to rent a car and they, accompanied by Shoshanna, embark on what Hannah thinks is going to be a life changing road trip, Kerouac style. Instead, it turns out to be a disappointingly boring, uneventful trip which gives Hannah barely anything to tweet about. They stop overnight at a motel where the three of them share a room. After an unsuccessful game of Truth or Dare, Shoshanna is driven from the room while Adam and Hannah have sex, so that he can get to sleep. So awkward, but Shosh handles it with grace.

Upon arrival, we’re shown a moment of Jessa’s vulnerability, when it is revealed that Jessa didn’t actually need Hannah to sign her out of rehab, she could have left on her own at any time. Hannah asks Jessa to please not leave her again. She was worried, and she missed her. “It made me remember what it was like in college when you’d say, ‘Oh, meet me at the Free Palestine party,’ then I’d find out you’re over at the Israel house. And so I just wish you would get it that this is not ok behavior for a friend.” It was one of the best moments of the two episodes, for me, as the complicated relationship between these two friends and the need they have for each other’s love and support was starkly evident and truly lovely.

What incredible writing, again, from Lena Dunham and how beautifully these actors play these moments out. This series is far richer and has far more depth than any 30 minute comedy/drama has a right to be. I absolutely cannot wait to see what the rest of Season 3 has in store.

HBO Actually posed the FULL episode on YouTube for non-subscribers to watch so check those out here:  Episode 1 and Episode 2. 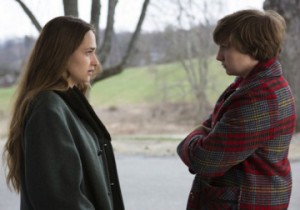 MJ Snow is a Canine and avian behavior specialist, role player, blogger and writer.  A long time George RR Martin fangirl and Game of Thrones Addict, MJ spends way too much time in Westeros. MJ is the co-founder of The Snow Keep, a short story and fan-ficiton blog, and founder of  The Brothers Clegane, a Sandor & Gregor Clegane tribute blog. She also co-curates several other Game of Thrones themed blogs.