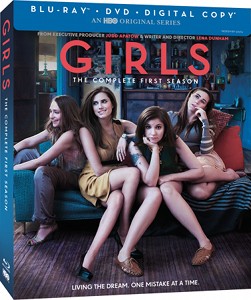 What do you get for the Girl who has everything? Millennials may have discerning tastes these days but so do the folks over at HBO. When you pick up a television series on DVD or Blu-Ray produced by the now 40 year old Home Box Office network you know you’ll be able to please even the most jaded 20-something in your life.

HBOWatch is proud to have received the entire first season of Girls on Blu-Ray a week earlier than the street date (December 11th).  With all of the special features on the three-disc set it took us a while to get through all of the goodies.  The following is a bit of a breakdown of some of those features as well as a look into the technical aspects of the release.

Girls in particular has taken critics off-guard where some have criticized the show for its quirks, others have heralded it as the voice of a generation.  As a 20-something male myself I was skeptical that this may be another Sex and the City clone and while that show was inarguably a success, if Girls were a similar series I wouldn’t have been hooked.

Luckily HBO’s Girls, in my mind, is not Sex and the City.  So many of the phrases and situations ring true for me in a raw and real way unlike any other show on the air right now.  It isn’t for everyone and I don’t expect that all young men are going to feel the same way but to me, Girls has the potential to become *a* voice of our generation.

Season 1 is off to a great start and I have high hopes for season 2.

Running on a mediocre blu-ray player on a 50’’ Panasonic Plasma screen the show looked about as good as it did on HBO’s air, if not better.  The show is split into 5 episodes on each disc so there’s plenty of room for uncompressed video.  The show isn’t a visual feast like Game of Thrones or Boardwalk Empire and I don’t think it’s meant to be.  But for what it’s worth HBO’s blu-ray discs never disappoint.

Again Girls doesn’t aim to paint a soundscape of importance but on my vintage Klipsch home theater system I thought the music and audio did the job.  While I thought the soundtrack was fair last season I hope they step it up a tad next season.  At the end of each episode of Entourage I had a new track I needed to download.  While there are a few gems (Simon’s Wishes and Stars comes to mind) I think girls could capitalize on modern music a bit more next season.

The main takeaway here is that there are so many special features it would be hard pressed to watch them all!  I particularly enjoyed the two gag reels on disc two.  They’re so funny I wish I could post them here but alas you’ll have to get your own copy.  The script readings and casting videos are also quite interesting.  The characters seem to have been ingrained in these actors from the beginning.  Several of them seem like they’re just ‘playing themselves’ which is a testament to their abilities at a young age.

There are also several behind the scenes interviews some of which are already available online and some that aren’t that are quite interesting for the super fan.  You can really tell how dedicated the actresses are in these long-form chats.

The actors are really growing into and beginning to more completely understand their characters and it will be most interesting to see how they evolve into season 2 and 3.

I didn’t get a chance to watch episodes with audio commentary (not really a fan of that in general, honestly) but if you want that it’s there for you. 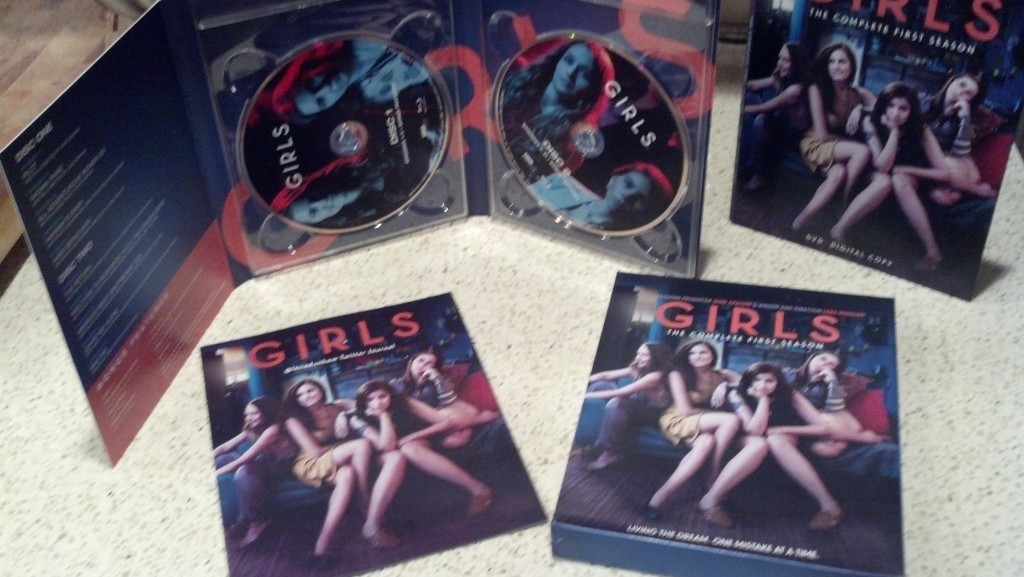 While I find the idea of ‘star ratings’ a bit tiresome I can say that fans of this series will almost certainly be pleased with this set.  Retailing at $45 on Blu-Ray and $30 on DVD it’s in the right price range for just about anyone.  I’ve even seen it on [amazon_link id=”B008CFZS1G” target=”_blank” container=”” container_class=”” ]Amazon for as low as $26[/amazon_link] but those prices are subject to change.