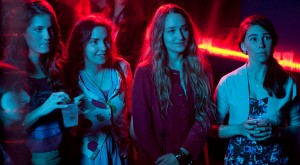 One might think so at a first approach; four female friends in New York speaking -among others- about their sexual experiences. Already from the first episode a big poster of SATC is hanging on the wall in Shoshanna’s room and she even nicknames herself and her friends after the SATC girls. The intertextuality is screamingly obvious.

But don’t be misled. This is a different New York. Not that of the glam of the late nineties. These are highly qualified girls towards their mid twenties, overworked, underpaid, underfucked. This is the epitome of the Humanities graduate in the big city in the 2010s. Hannah’s character incorporates it all.

And as for sex, the lack of excitement around it is at least overwhelming. It’s all about just doing it or getting done with it, its practicalities, technicalities and related diseases. Is this how the modern girl sees sex?

Well, Carrie at least got paid to write her column and even though she had her so-called financial difficulties, these were restricted to not being able to buy yet another Gucci bag. These girls can hardly pay the rent. Not much space is left for fashion or enthusiasm about their bodies and sexual experiences when survival is at stake. What is more important for them though is the body intimacy they share with each other, as Rebecca Traister points out.

Another good point of social criticism is the example of Hannah’s parents on the first episode, perfectly portraying the average 50 to 60-year-old, occupying or having retired from a position for which they are extremely underqualified for today’s standards, a position they got with not even the slightest effort and therefore completely failing to understand the anxiety and problems of today’s generation. 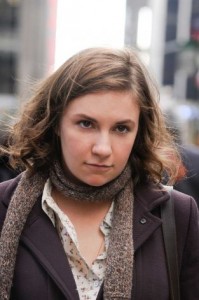 As for the city, it’s high time we saw the other face of glamorous New York, that of the lifelong unpaid internships of the publishing industry, the dodgy flats, the new aesthetics that this new precarious era imposes. It’s high time we saw that job insecurity is an issue affecting not only people from a background of limited opportunities, but also well educated and more privileged ones.

So, in short Sex and the City, yes, but not revisited: deconstructed. As for Serena Larkin’s concern regarding how successful the show will be with certain demographics, I can only speak about women in their early 30s and I can assure you that Girls is definitely worth watching. It’s a good laugh that will leave an ironic smile in your face, because you also face the exact problems those girls do. Only you had the luxury to have some Sex and the City dreams when you were their age.

Georgia Panteli lives in London doing a PhD that combines cyborgs, fairytales and myths. She writes at http://thegeorgia.wordpress.com/ and tweets as @georgiamagpie.