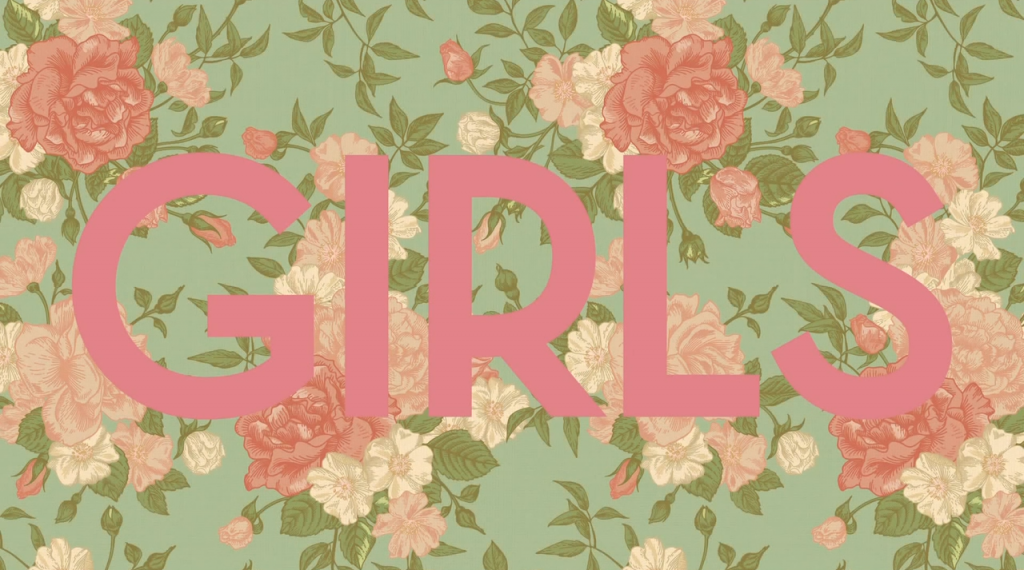 With the bittersweet taste of the season premiere still on our lips, Girls takes us back to New York for impending tumultuousness, as if juxtaposing the dreamlike setting and mood of the first episode with irrationality and apathy in the second. Additionally, Jessa has become one of the best-developed characters I’ve ever seen on television, but I’ll get to her soon. All the girls have grown in some respect, but they all remain captives to their insecurities and old patterns.

This episode serves as a prime example of Hannah’s nature as both a very selfish yet very comforting person. She is still dating Fran—not that it stops her from intense make-out sessions with Elijah—and is teaching 8th graders, for whom she prepares birth control pamphlets and is reading “Goodbye, Columbus.” She cares about her job and her relationships but almost loosely, as if she fears getting too attached or is perhaps incapable of doing so. Hannah argues about the importance of “Goodbye, Columbus” with the principal, and in perhaps the funniest scene of the episode, she proclaims its importance as a tale of “sexual bravado and extreme self-hatred which can be really destructive to the girls they choose to fuck.” Hannah always has issues operating on the same level as others, so her obliviousness to the principal’s disapproval comes as no surprise. She teaches what she likes and comes and goes as she pleases, which is the carefree, unprofessional behavior and rationality we’ve come to expect of Hannah. 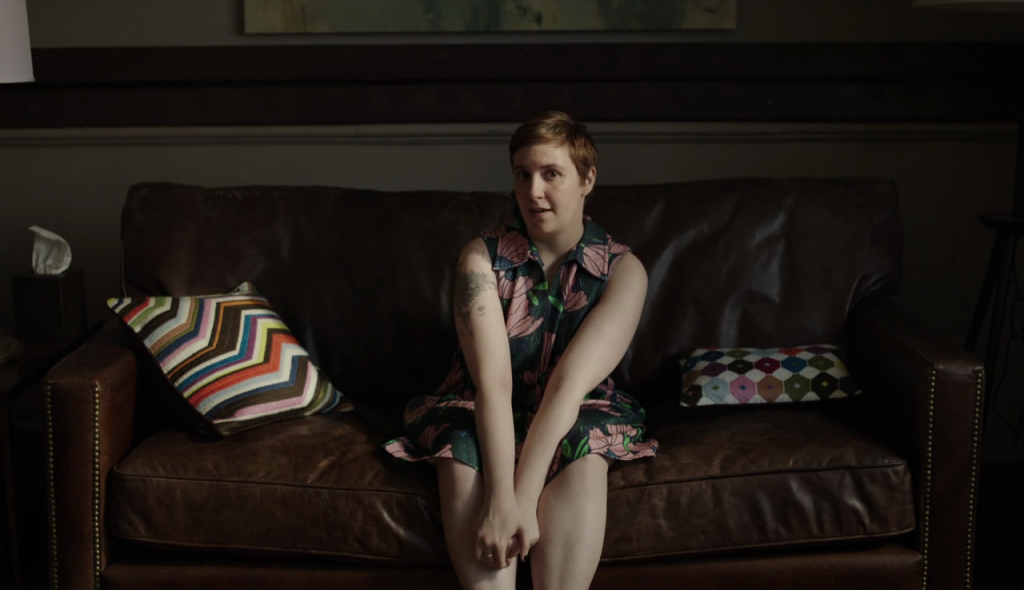 Hannah receives an urgent phone call from her crying father while at work, leaves without asking permission to do so, and meets him in Midtown. She finds him distraught in a hotel room after a random gay hook-up. During said hook-up, her father lost his wallet, and he begs Hannah to retrieve it from the stranger. Hannah’s father is extremely unsure of himself, and he is clearly suffering from major issues adjusting to his new gay identity, but Hannah couldn’t care less. After receiving a phone call from her mom declaring she wants a divorce from her father, Hannah aids her father in retrieving the lost wallet and keeps him company. Over dinner, she discovering he had unprotected sex with the man and panics, calling Elijah for help as he cleverly remarks, “Oh shit, it got gayer?” Unfortunately, before Elijah runs to the rescue, Hannah has already disclosed to her father that her mother wants a divorce, leaving them both a sobbing mess in a restaurant. Elijah eyes them from the window, refuses to acknowledge the situation, and inconspicuously walks away. A gay man and his daughter need their space, of course. Their segment closes off on a touching yet worrisome note as Hannah walks with her father and tells him, “I’m here, and I‘m always gonna be here.” As Hannah turns away, a look of worry washes over her face, making it quite obvious she is just as emotionally distressed as her father. 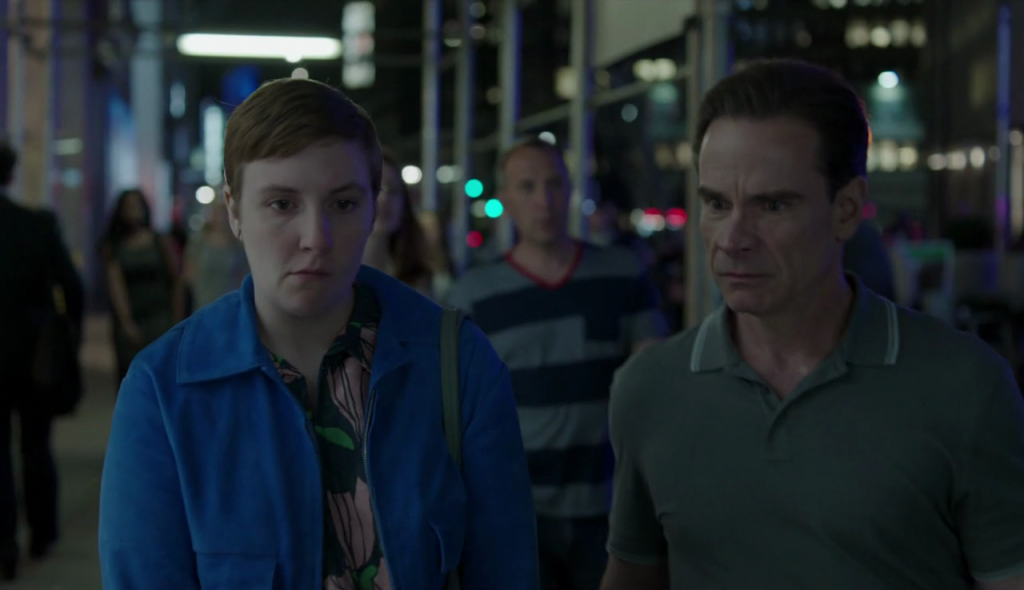 Hannah’s attitude begs the question: Is she merely going through the motions with her father, and is she completely annoyed by the situation? Or is her parents’ situation weighing down on her so much that she could become psychologically unstable again any moment? Could this be a symptom of unhappiness with Fran? Only time will tell. She’s definitely not making any friends at her job, and we can only hope this doesn’t lead to another downward spiral of unemployment for our protagonist.

Now to my favorite character of the series: Jessa. I absolutely adore this girl. She’s grown incredibly both cognitively and emotionally as a character over the course of six seasons, and while she’s brilliant and logical, she has a strong aptitude for recklessness and impulsiveness. This is what makes her electrifying. As Jessa journeys toward independence and self-growth, Adam begins pursing her—undoubtedly inspired by their kiss at Marnie’s wedding and previous friendship. His behavior is not only somewhat alarming but also reminiscent of his stalking behavior with Hannah. (Thankfully, he didn’t write any songs this time.) It’s strange seeing Adam act this way. He used to be much more independent at the start of the series, and it’s as if Hannah brought out an emotional neediness in him. He’s clinging to whomever he can, and Jessa is his latest victim. Still, it’s hard to label Adam in such a predatory sense, because he’s essentially the sweet and sensitive guy he’s always been. Could he love Jessa more than Hannah? Perhaps. Could it ever work? Definitely not. (But that doesn’t mean I wouldn’t want it to.) 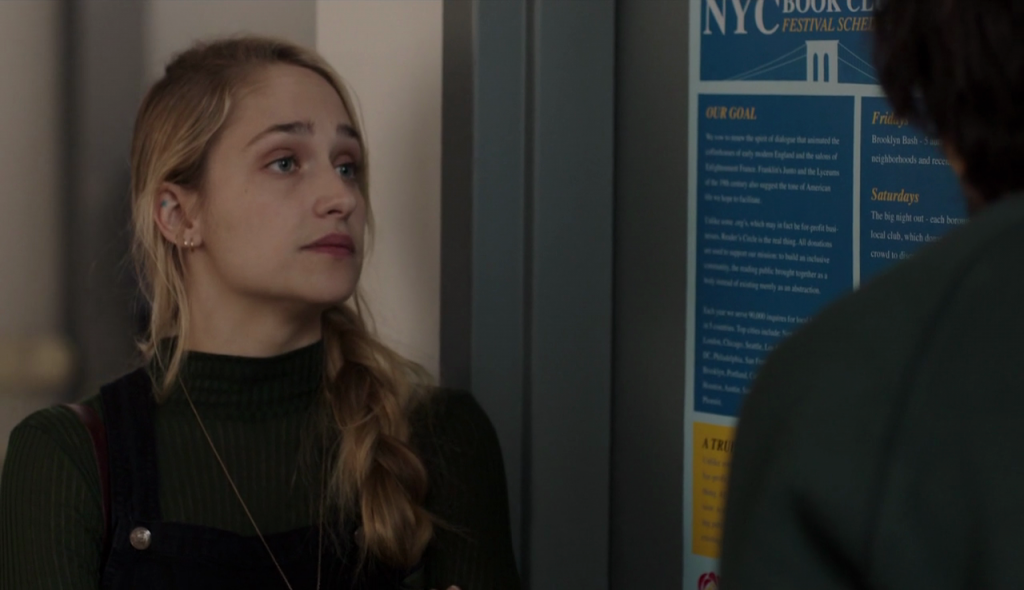 As expected, Jessa is the more grounded of the two, particularly when Adam refuses to leave her side and suggests to Jessa he knows she “feels something” for him. She knows a relationship with him is impossible due to Hannah and proclaims, “she’s my friend and it’s shitty, and I’m done being shitty. Shitty is old news.” This could have been a turning point for Jessa, but thanks to her alluringly self-destructive nature, she spends a flirty afternoon at the carnival with Adam followed by a masturbation session. Adam and Jessa are probably the most similar characters on Girls in terms of eclecticism and irrational reasoning, which makes their chemistry undeniable. Regardless, a relationship on built on deceit and a history of toxic behavior can never work, making me apprehensive about these two as a couple. I must say, however, that emotionally unstable and volatile Jessa is the most entertaining of all, so seeing her and Adam’s evolution as friends or lovers is bound to be compelling and provocative. 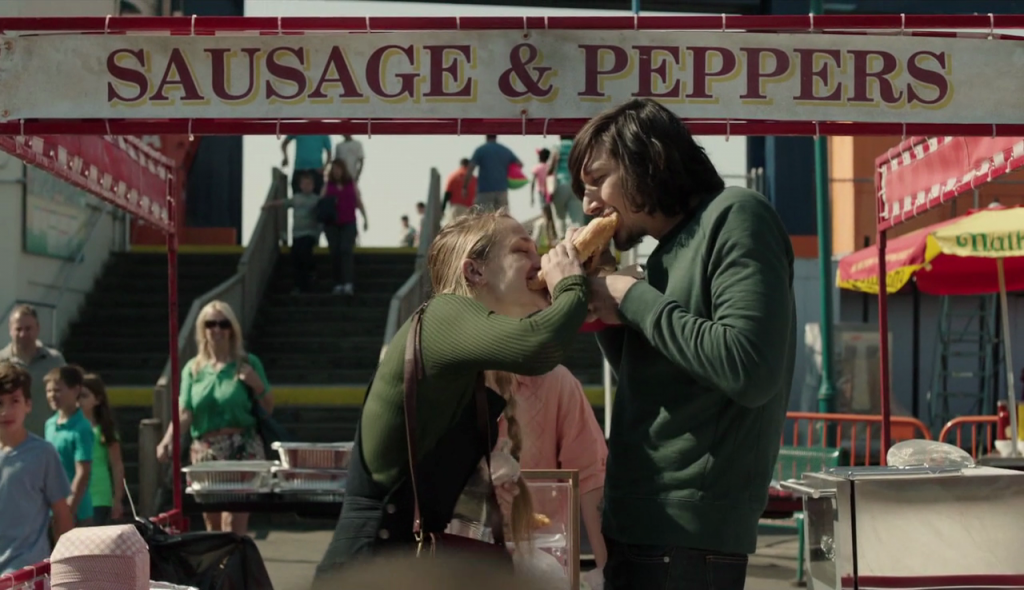 “I watch the news to him twice a day.”

Elijah is another character on Girls that is being developed with charm and genuineness. He still cares deeply for Hannah and officially has a new love interest. Corey Stoll appears in the episode (Peter Russo from House of Cards) as a popular newscaster, Dill Harcourt, who flirts with Elijah at a bar. Elijah is flustered by the attention and curses at himself for being an embarrassment, even after Dill kisses him. They agree to meet again as a happy Elijah watches Dill drive off. This storyline is of particular interest to me due to a post Lena Dunham made on The List App. A couple of days ago on said app, Lena Dunham posted 5 things she “probably shouldn’t reveal” about season 5 of Girls, the first being: “Corey Stoll is the most glamorous love interest the Girls universe has ever seen. Seriously. Beyond.” 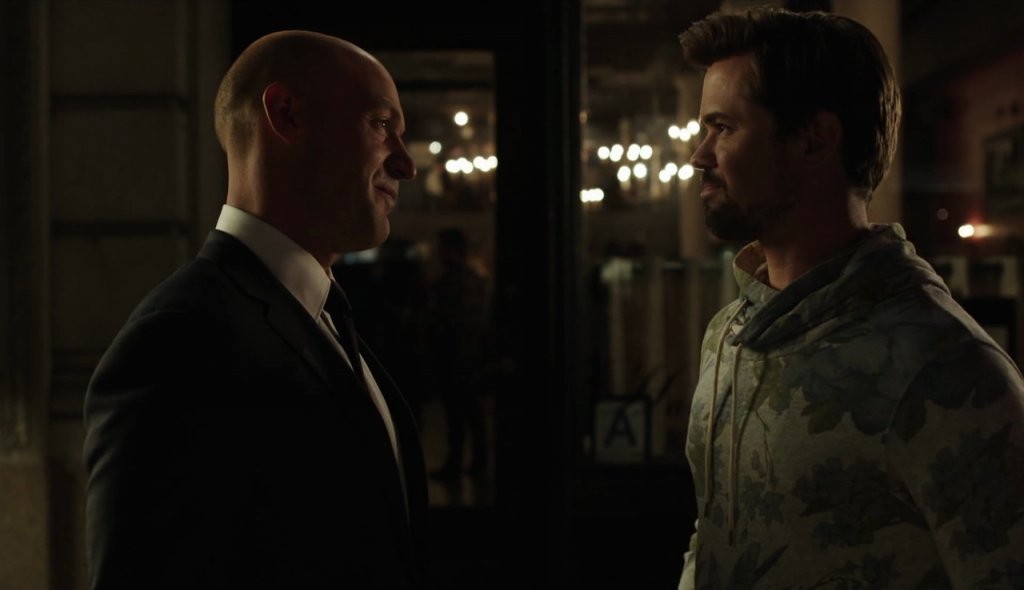 Corey Stoll is a phenomenal actor and a gay love story subplot with him sounds fantastic, particularly for those of us still in mourning over Looking. Elijah can be too much to handle at times, but the little we see of them together feels authentic and full of potential. Elijah becomes truly vulnerable, which is much unlike himself. I’m going to take Lena’s word for this and hope their love story is a new and beautiful part of the series. Girls has always been gay-friendly, and this only affirms it even more. We should also be thankful the only gay action on the series won’t be Hannah’s father and his tumultuous journey of self-discovery.

As aforementioned, Lena made a list on B.J. Novak’s popular social media app, “The List App.” Lena Dunham, as an avid fan of the social network, posted a list on the app before the new episode aired, named “Things I Probably Shouldn’t Reveal About Season 5 of Girls but WHAT THE HECK!” Much like Lena to do. The first on the list, pertaining to Corey Stoll, has been mentioned above. The other four on her list provide great insight to the season and create quite a bit of hype. Here are Lena’s other four kind-of-spoilers for season six and my thoughts on each.

Marnie having her own episode both excites and worries me. She’s a hopeless romantic, sometimes even more so than Shosh, and after the season premiere, we can draw the conclusion that her marriage with Desi won’t end well. A whole episode for Marnie could mean a half-hour rollercoaster of emotions between her and Desi. Perhaps I’m being pessimistic, but Desi has never struck me as a good person and is no good for Marnie. I wouldn’t mind half an hour of Marnie verbal abusing Desi before sending him off. Also, can she please marry Ray already?

Has there even been a season of Girls where she doesn’t? Jessa is definitely breaking Adam’s heart this season, and whatever inanimate objects she breaks around this event are inconsequential. It’s almost frustrating watching the two argue about Hannah and her role in their lives. Jessa is independent and should be able to live her life without Hannah’s approval, but she cares too much for her. Of course, this isn’t even accounting for the fact that Adam and her would “destroy each other,” as she fervently tells him during one scene. Both have an extensive romance with self-destruction, and it is highly probable that a merging of the two would create complete chaos.

I know nothing about Scandal except that Carrie Washington is supposed to be really good in it, so forgive my apathy in an actor cameo from the series.

I don’t think any of us are particularly jealous of having to do a frontal leg spread on television, Lena. I’ll be as ready for it as I possibly can.

Now, as much as I loved this episode of Girls, I had one major qualm with it and and I’m sure I’m not the only one who did: WHERE THE HELL IS SHOSH? Did she go back to Japan? Is she binge-watching anime in her room and eating weird food? For a major source of the show’s comedic relief, it was surprising not seeing her during an entire episode, particularly after her riotous performance in the season premiere. Still, the writers of Girls have always been experts with development, and “Good Man” is no exception. Love is to be found and promises are to be broken in the newest season of Girls.