We come to the season finale of what this writer considers the best comedy on HBO after VEEP. You can agree or disagree, of course, in the comment portion below; in fact, I hope you do. In seeing the preview for Episode Six, attached to last week’s Episode Five post, one glaring moment stuck out. It was in the board room when Dr. Paul states that the hospice program has gotten the unsavory title of being ‘a death mill.’ That makes it sound like the staff of the Billy Barnes ward does not end this second season on a happy note.

Well, we always knew the underlying theme to the season was the whole Hospice Program proposed by Miss Suzy Sasso (Jayma Mays) and run by our Dr. Jenna James with Nurse Dawn “DiDi” Ortley as the nurse liason and Colleen (Alia Shawkat) as the hospice volunteer. The program seemed to be running smoothly enough as Jenna turned beds into bucks to help her with her ongoing research. All of that comes to a screeching halt in this final episode creating a dilemma for the staff and a crazy, silly scene for viewers. The other plot this episode, though not the entire season, was on Dawn and Patsy’s relationship. It appears they have moved on. Let’s look at that angle and a couple of others before we tackle the main plot.

Some time has passed, how much is not clear, but it is enough time for Dawn and security guard Dennis to get married. The epi 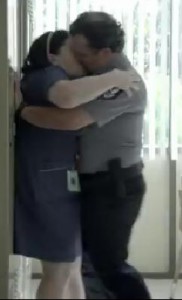 sode starts with Dawn aglow and sporting a wedding ring. Over the course of the episode Patsy thinks something is up with Dawn but can’t figure it out and he knows Didi is lying about knowing anything. Eventually a showdown happens in the gift shop as Patsy learns the truth and he and Dawn still have feelings for each other. Two guys fighting over Dawn? That could be an interesting dynamic if Season three occurs. One thing I can state for sure is that I think Mel Rodriguez’ Nurse de La Serda gets underused in this series and if his character ends up fighting for affections in later seasons that will help his character development and screen time.

Patsy and Dawn’s relationship is not the only one glimpsed here. Dr. Ann Killigrew (Mary Kay Place) is definitely hitting on Jenna. She even hints of getting Jenna to relax in her hot tub with no bathing suit required. Will this develop into anything? Again it depends on whether there is another season in the offing. I kind of hope these two relationships do get explored because it is important for character development to have them in the show. The series just cannot be about the work life of the staff.

Speaking of the staff as a whole, though, it is in hot water as we return to the main plot of the final episode. It starts with Dr. James being to a special meeting regarding the image that the hospice program has generated for the hospital. It is called a ‘death mill’ and Dr. James is its Dr. Death. The whole staff is called in and told to cooperate. All the records and books are to be reviewed which leads to this frantic scene in Jenna’s office.

It all comes out just how bad it looks for all of them. They are thrown to the wolves as Miss Sasso leaves them high and dry and lawyers seize the paperwork. They quickly immobilize to move patients out of hospice even Birdy (who is visted by Leonard in a Harry Dean Stanton) cameo! This episode and the season end on a great note I think. Yes, the fate of the ward is in question, but the conclusion here seems somehow rewarding. Dawn, followed by DiDi, discover a distraught Jenna as she runs away to the roof. There Jenna apologizes to them both. It is cut short as they are called down because Mrs. Lee is dying. Dr. James focuses her task and proves in the end to be DOCTOR LIFE!!  — but is it enough? 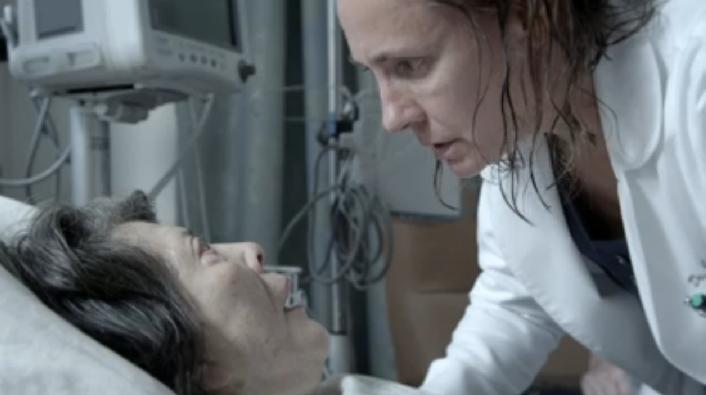 At this point this writer can only hope for a Season Three. After watching and reviewing this show for two seasons now I think I can declare that this comedy is one of the best comedies HBO has right now.  The other one, in my opinion, is VEEP. Feel free to debate that in the comment section below. If GETTING ON gets renewed you can be sure HBOWatch and this writer will be there. Certainly, we will only hear how they survived the hospice debacle and avoided jail time as they will have moved on to some other story arc. I am rooting for the staff of the unit, are you?

GETTING ON Season One and Two can be found on HBOGo.