Update -We just wanted to bump this post up with a short Tease that surfaced. It features a very happy Selina Meyer. The question is though, for how long? 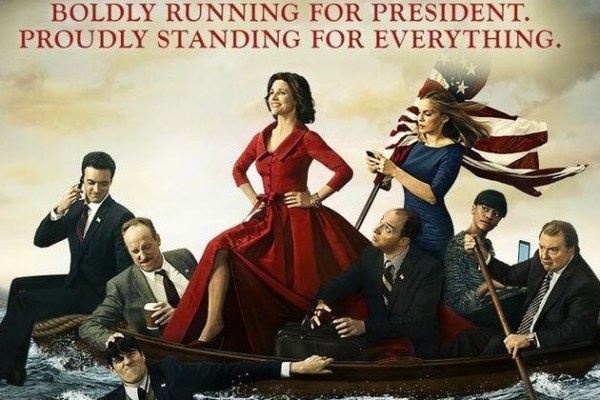 As we head into another political season with Vice President Selina Meyer we refresh your memory with a recap of the third season of the show via Rotten Tomatoes.

The presidential ambitions of US vice president Selina Meyer (Julia Louis-Dreyfus) have never really gone away, it’s just that the wannabe head of state can’t stop putting her foot in her mouth or shooting it. Unfortunately, old habits die hard in Season 3 as Selina decides to throw her hat in the ring again, an announcement that renews the rivalry between Amy (Anna Chlumsky) and Dan (Reid Scott) to manage her campaign. Meanwhile, Mike (Matt Walsh) mixes business with pleasure; Gary (Tony Hale) suffers a physical setback that could threaten his job; and Jonah (Timothy Simons) tries to make a name for himself in the media. Later, as the race to primary season heats up, Selina relies on strategic advice from Ben (Kevin Dunn) and Kent (Gary Cole) to stay one step ahead of her opponents. Challenging her are war hero Danny Chung (Randall Park) and former defense secretary George Maddox (Isiah Whitlock Jr).

The third season spent time preparing for the campaign and finding the right manager to get Selina in the running. But, then what happens in Season Four? If Ms. Meyer becomes President in over the course of the upcoming ten 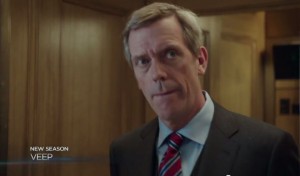 episodes does the show change to POTUS?  I don’t see that happening really. Perhaps in some tricky, odd plot twist she becomes Commander-in-Chief for exactly one second and loses the title again. We truly don’t know until the season arrives Sunday nights this spring.

The only point we know about the new season for sure is that everyone is one board including Hugh Laurie. Both this Development Slate item and the following picture from the Yearender video confirmed that; we just are not clear what role he will play. It is all good, so get on the bandwagon for VEEP coming in April.