A few weeks ago, HBO started a new website called MyWatchBegins.com where fans can record themselves reciting the Night’s Watch Oath from Game of Thrones. On Feb. 19th – the date the S2 Blu-ray is officially released – the entire set of recordings will be mixed together and released as a chorus of thousands of loyal fans reciting the oath together. Along with these thousands of adoring followers, A Song of Ice and Fire author George R.R. Martin has recorded himself saying the epic words. The official YouTube channel for Game of Thrones has provided us a video for our entertainment, so without further adieu, here is George R.R. Martin taking the Black. Enjoy!

And here is the script if you want to take it yourself: 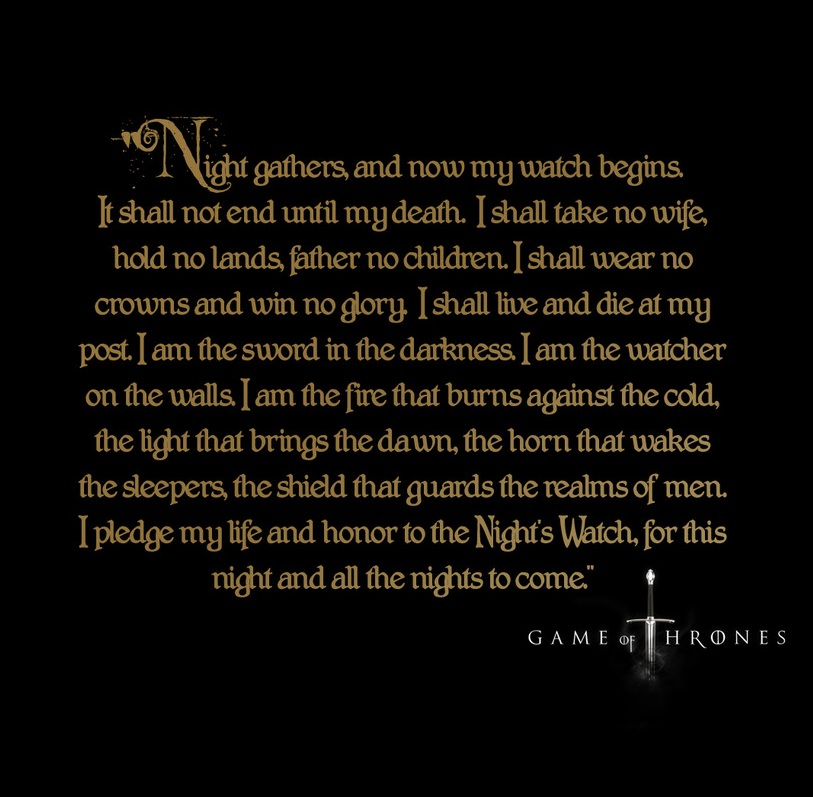