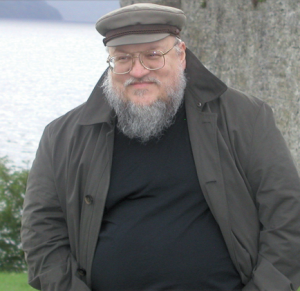 Hot off the heels of HBO’s announcement of a Game of Thrones renewal we can now confirm even more about the new season!  Rumors had been circulating that the third installment in the A Song of Ice and Fire series of which Game of Thrones is based would be split into two, 10 episode seasons on HBO.  A Storm of Swords is a particularly large novel and many had speculated that it would need to be done over two seasons.  Today, the man himself, George RR Martin essentially confirmed as much. On his Not A Blog, Blog the now infamous author had this to say about the new season:

“Like the first two seasons, it will be ten episodes long. This one will cover (roughly) the first half or thereabouts of A STORM OF SWORDS, the third novel in the series.”

He also confirmed that he, himself will be writing episode seven tentatively titled “Autumn Storms“. Can we guess what that episode might be about Game of Thrones fans? (don’t spoil it for non-readers in the comments!)   We knew this would probably be the case for season 3 (a split season) but we hadn’t had word officially.  This now confirms the split season as far as we’re concerned!  Word from George R.R Martin on his official blog is a legitimate source to be sure.  We’ll wait for the official word from HBO on the announcement of a potential fourth season but if the third season covers the first half of Storm of Swords… what might the potential fourth season cover?  We await the season 4 press release from HBO itself but from what show producers, actors and now George have been saying the split-season is almost surely the direction the show will be taking.

Game of Thrones Season 3 should premiere in Spring of 2013.  Until then, Season 2 marches on!