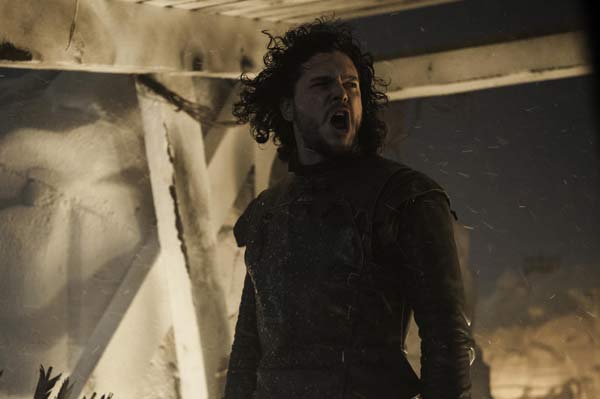 It was only a matter of time. Each season HBO’s Game of Thrones took on more and more viewers. The trend lines looked unstoppable and unbelievable, frankly. But today,as its fourth season winds down Game of Thrones has officially supplanted The Sopranos as HBO’s most watched series of all time.  We took a look at the overall stats a while back but here are the numbers if you’re interested: 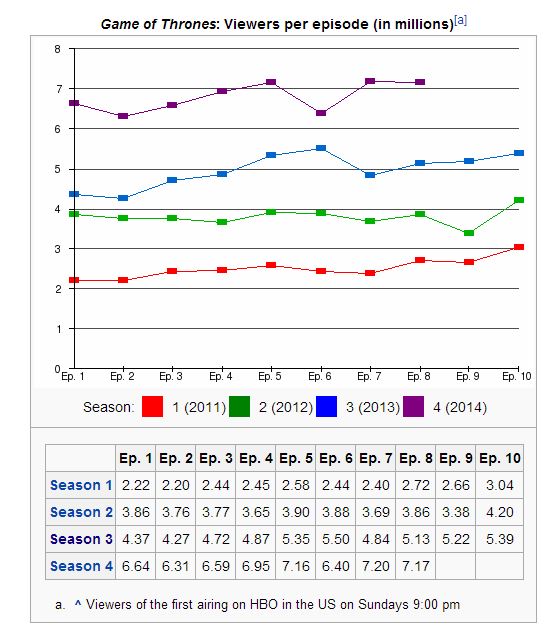 Note that the “total audience” numbers are different from those represented above when including encore showings, HBO Go watchers, etc. The advent of HBOGo may be one of the reasons The Sopranos has been usurped, in fact.  But also keep in mind that the series is only about half way through and The Sopranos reached its peak towards the end of its run.

So break out the Arbor Gold, everyone! Game of Thrones is only going to get bigger, wilder and sexier as time goes on. Are you part of the army of 18.4 Million?
Be there Sunday night as the infamous “episode 9” takes place At the Wall.