You’ll often find us reviewing HBO DVD and Blu-Rays regularly and we’re excited each time we get to do so. But once in a while a set so gorgeous really grabs our attention. Enter what might be the definitive version of Game of Thrones on disc format. Yes, it has the same special features as the regular release (plus Dolby Atmos sound!) and yes, you might have already ordered the other version, but this one will look nice on anyone’s shelf.

We took some photos and have all the details. We did the same with seasons one and two (which were AWESOME). Don’t need convincing? Pre-order them here. Release date is June 7th. 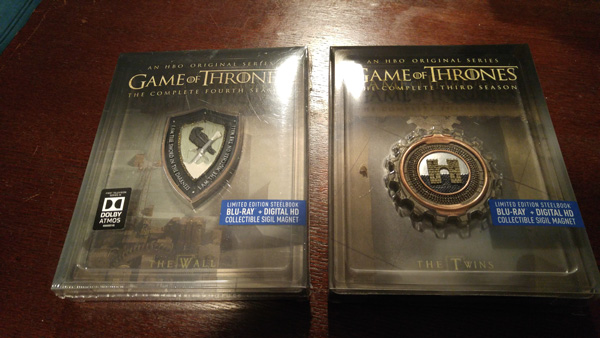 The Steelbook sets feature art designed by Elastic, the agency responsible for the series’ Emmy® Award-winning opening credits. Each Steelbook showcases a specific location that is significant to that season and includes usable magnets on packaging featuring Game of Thrones sigils and symbols. Season 1 packaging featured Winterfell and Season 2 the Lannisters in King’s Landing. Season 3 will feature the magnet sigil of House Frey and their ancestral seat of the Twins – the location of Season 3’s infamous Red Wedding. The icy landscape of Castle Black and the Wall–where the brothers of the Night’s Watch fend off an army of wildlings from the far north–will grace the packaging of season 4 including a crow and Jon Snow’s sword, Longclaw as the featured magnet. 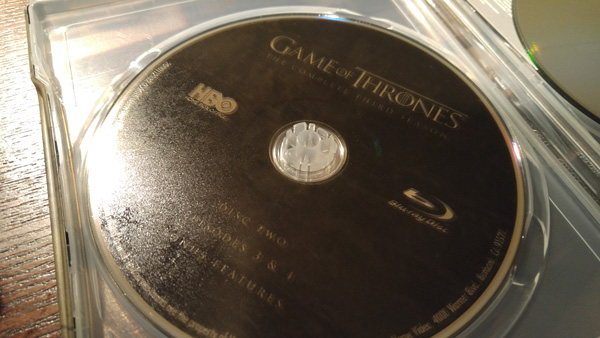 In addition to all of the bonus content from the previous Blu-ray™ sets, the Game of Thrones Steelbook is the first TV on Blu-ray™ title to be released with the revolutionary new audio technology Dolby Atmos, which delivers sounds and music to specific areas in the room, including overhead, creating a captivating experience that puts the audience right in the middle of the action on screen. To experience Dolby Atmos at home, Dolby Atmos-enabled AV receivers and additional speakers are required; however, Dolby Atmos soundtracks are fully backward compatible with traditional audio configurations and legacy home entertainment equipment. 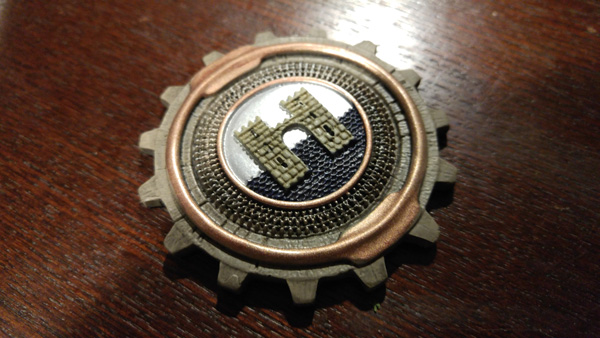 Who wouldn’t want this in their collection? All of the sides line up to create the crown/ring/spinning thing that’s in the intro: 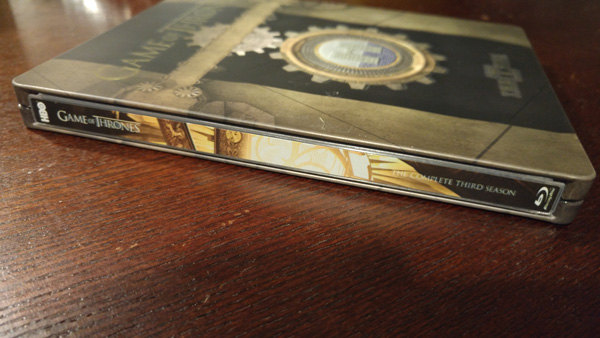 Pre-order now before they run out.  June 7th is the ship date.