This morning, Game of Thrones fans everywhere were greeted by a cryptic message from the show’s  official social media accounts: “Every battle. Every betrayal. Every risk. Every fight. Every sacrifice. Every death. All #ForTheThrone

In the moments that followed, at least a little of the silence and mystery surrounding Game of Thrones’ final return from a dreary year-long hiatus was finally broken just as swiftly and unexpectedly as our hearts were by the Red Wedding. 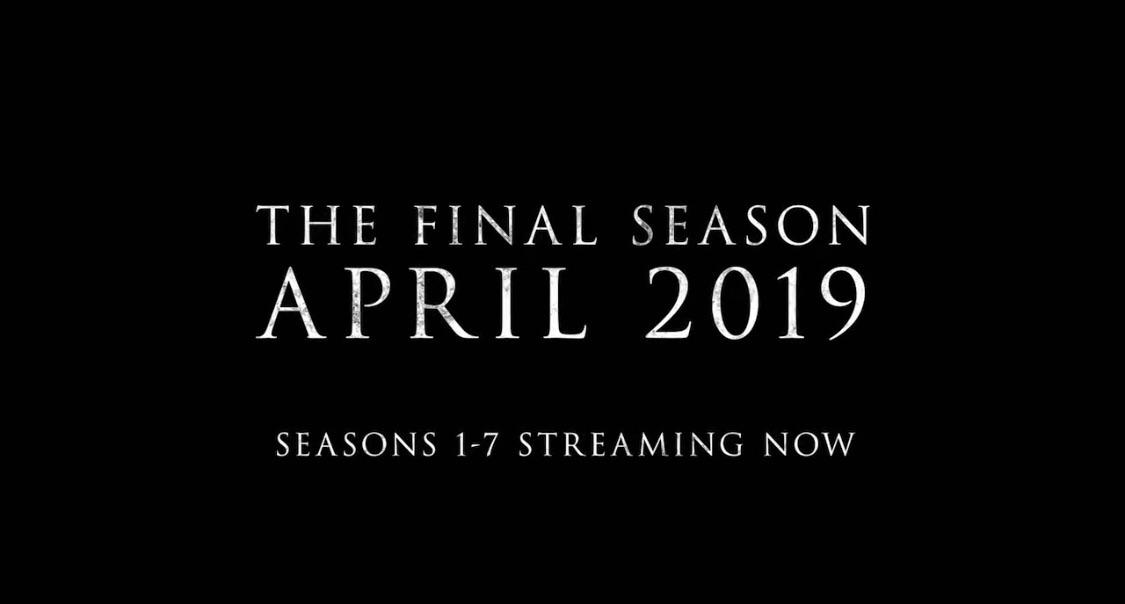 At long last, Game of Thrones’ final, and eighth season has a premiere month. HBO is choosing to extend the suspense a little longer by not giving us an actual date, but as of today, we now know beyond a shadow-baby of a doubt that Westeros will return in all its glory next Spring– April 2019 to be exact.

Such an announcement, which has transformed a mundane, chilly Tuesday in November into a day of great celebration, at least among GOT fans, isn’t an enormous surprise, even if it is a welcome one. We’ve known for a while that the show was set to drop in early 2019, and with the exception of Season Seven’s July premiere in 2017, Thrones has always favored April premiere dates. There was also some concern earlier in the year about the show’s eligibility for the 2019 Emmys if it premiered later in the Spring, but this announcement seems to put those fears to rest. It’s great to have official confirmation that this year’s Spring will be one worth dreaming of during the long winter ahead.

Along with the announcement of Game of Thrones’ premiere month, which appeared all over the show’s social media this morning, HBO also introduced a stirring new hashtag, #forthethrone, which it accompanied with several promotional photos and a teaser trailer, both of which showcase the memorable highs and lows that characters have experienced over the past seven seasons.

Neither of these initial marketing materials feature any new footage from the upcoming season, but they do a great job  reminding audiences of how far our favorite characters have come, and of how far they still must go to survive the challenges posed by Season Eight. While in the past questionable choices or outrageous heroics that have been committed by the few surviving denizens of Westeros in their quest “for the throne,” might have captivated us and compelled us, all of that is small potatoes now. As Jon Snow reminds us in the teaser trailer, winter is here, and with it has arrived a war with far greater stakes than even the most divisive game of thrones.

It seems likely that we can expect to see more from Game of Thrones in the near future. Wouldn’t it be lovely to have a full-blown trailer to be thankful for this upcoming Thanksgiving? Some character posters would also be very welcome!

HBO has revived its newsletter “Whispers of Westeros.” Be sure to subscribe and keep up with all the official updates regarding Thrones as they roll out in the coming six months leading up to the season premiere.

HBO’s marketing campaign already seems to be in full swing. According to Entertainment Weekly, “The effort includes a takeover of Grand Central Station featuring 150 variants on the For the Throne creative theme.”

There will be six episodes of Game of Thrones Season Eight, each of which are expected to run over an hour.

What day in April will GOT premiere? Make your predictions in the comments below.