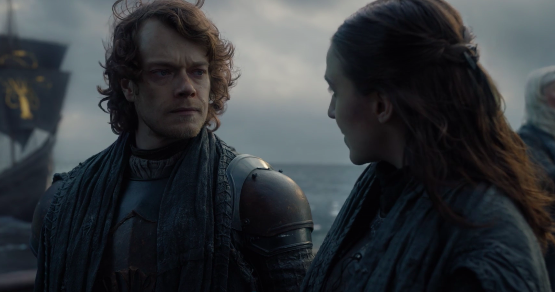 Game of Thrones is back with its final season. Fans have been waiting for the show’s return for almost two years and last night all that waiting paid off. “Winterfell” aired Sunday, April 14th and according to a timely press release, HBO estimates that a whopping 17.4 million viewers tuned in to watch the episode live as it aired or streamed on various platforms.

Entertainment Weekly’s ever-attentive James Hibberd writes that not only did HBO break its own record of 16.9 million viewers for GOT’s Season Seven finale but “Winterfell” marked “the biggest telecast in HBO’s history and the most-watched scripted entertainment program of the year.” Something tells me that more records will be broken and accolades accumulated by the time the season’s sixth and final episode airs.

Unfortunately, not everything was smooth sailing last night. After months of extreme secrecy surrounding Thrones‘ final season, AT&T somehow managed to accidentally release “Winterfell” on its streaming service, DirectTV Now, hours before it was set to air on HBO. News of the early release quickly circulated on social media, and it wasn’t long before someone was live-streaming the episode on Twitter for the benefit of rabid fans. The best-laid plans…

The breach must have been frustrating for HBO, not only because the early release of the episode might have threatened Thrones‘ triumphant record-breaking return, but also because the network has gone to such heroic lengths to avoid the leaks and spoilers that plagued the integrity of past seasons of the show.

In previous years, I may or may not have been privy to the entire plot-lines of GOT seasons before the premiere even aired, thanks to pesky, albeit dedicated leakers. This time around, audiences everywhere were going in fairly blind. Even the title of the first episode of Season Eight was only revealed when it officially aired on HBO.

Despite such mishaps, Thrones‘ numbers hardly seemed to suffer.  HBO’s press release boasted not only record viewership of the GOT premiere, but also social media engagement: “On social media, last night’s premiere was the most-Tweeted-about episode of GAME OF THRONES ever, with more than five million Tweets, and 11 million mentions throughout the course of the weekend.”

HBO’s HBO NOW and GO servers are notorious for crashing during GOT premieres. My experience using HBO NOW last night was markedly smooth compared to my attempt to watch the Season Seven premiere live on the same app back in 2017. Sad to say, according to Entertainment Weekly, some viewers did encounter delays on a variety of platforms including Hulu and HBO GO. If HBO wishes to keep breaking viewership records, they should probably tend to their crashing servers. 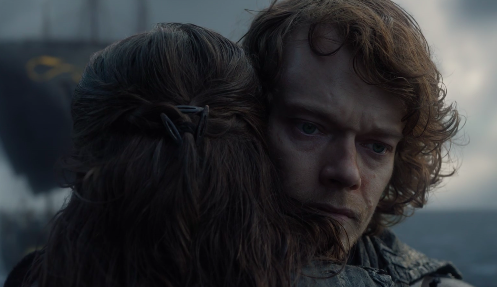 Technology trouble aside, it was great to get back to Westeros and catch up with fan-favorite characters Jon Snow, Daenerys Targaryen, and more as they navigate the increasingly hostile threat of winter. The premiere episode was jam-packed with stunning visuals, memorable character interactions, and promises of wars to come. It’s only Monday, and I’m already looking forward to Episode Two.

Check out the preview here:

We should have a full review of “Winterfell” up for your perusal shortly.

In the meantime, leave us a comment about your “Winterfell” watching experience.

Did you catch the episode early thanks to AT&T? Did you throw a party? Let us know.