As the most divisive season of Game of Thrones reaches its final ever episode, this week was undoubtedly going to carry some significant weight. With major characters killed off and an entire city reduced to nothing but rubble, Daenerys Targaryen has proven to us all that she is indeed exactly like her father. She made the Night King’s attempt look pretty amateur in comparison to her vengeful, fiery destruction of King’s Landing. While visually this episode was nothing short of astonishing, especially for a television programme, the narrative took such a sharp turn that many fans are calling this the worst episode ever, while others are saying that what happened this week was inevitable and shouldn’t have come as a surprise to anyone. While the latter may be the case, the story arcs of three characters in particular have not gone the way most viewers had hoped they would. GOT is renowned for its ability to randomly kill of big named characters you thought were in it for the long haul, but even with the resurrection of Jon Snow himself, it feels like a lot of it was all for nothing. 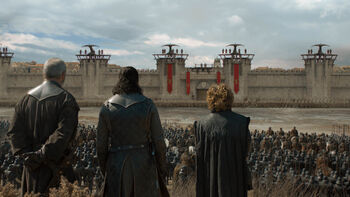 Jaime Lannister deserved to die, that much is true. The Kingslayer has done a lot of heinous things in his time and he was always going to meet his end in this week’s episode. To be honest, it’s a surprise it hadn’t happened sooner. Since day one he has only ever had protecting Cersei on his mind and that blind love for her causes him to act erratically, for example, kicking a child out a window or charging at a Targaryen protected by her dragon with nothing by a sword to protect himself. Many people thought that when he left Brienne of Tarth in the North to be with Cersei he was doing it because he was going to kill her. Maybe that was his intention after all, but when he found her alone and pregnant with his child surrounded by falling rubble, his love for her outweighed his hate and he felt like he had to protect her in their final moments, knowing they would die together. He already had sustained life threatening injuries from Euron Greyjoy, so he knew his days were numbered. Jaime is an intelligent and savvy fighter, he knew he couldn’t get out of there alive and maybe he also knew that the catacombs would essentially be a death trap. Perhaps Jaime took Cersei down there with the purpose of dying together. After all she is his sister/lover/mother of his child, there was always going to be remnants of compassion for her.  It’s the only way to make sense of his betrayal of Brienne. He was ousted by Cersei from King’s Landing and he joined the cause to fight for the North. There  wouldn’t have been any point in doing that if he knew that he was always going to return to Cersei. 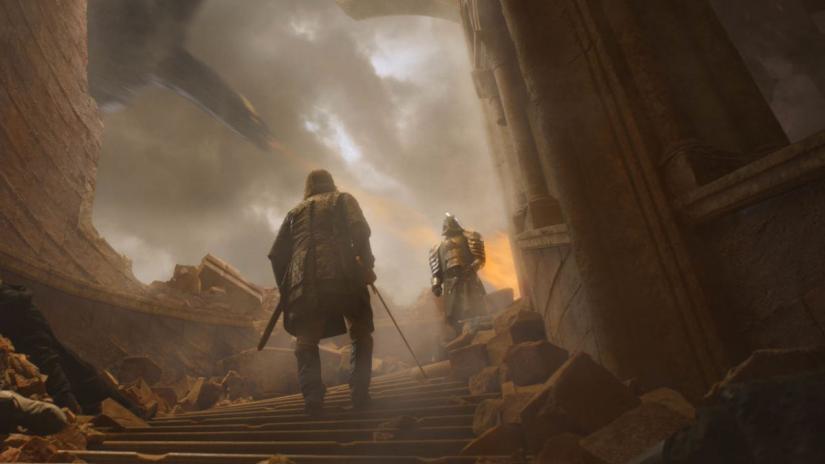 Cersei Lannister is dead. Instead of cries of jubilation, her end was met with a long, disappointed sigh from many viewers. Cersei hasn’t shown her vulnerable side since her walk of shame and since then she has been stone faced and determined to keep her crown. Her journey has seen her lose two children and her father. That kind of grief was channeled as rage, much like Dany. All she has now is her unborn child and her place on the Iron Throne and her desire and need for power and security gets in the way of her making rational decisions, similar to Jaime. Since pushing Missandei from the walls of King’s Landing, she knew that she was igniting an epic battle but she truly believed that she would win. It’s not until she is informed that the Iron Fleet has been destroyed and the Scorpions used to kill the dragons are nothing but embers that she perhaps starts to realize the crown is slipping from her grasp. What everyone wanted was for Cersei to be confronted by those she wronged. Arya, Jaime and Daenerys. To see her pay for what she had done, to be killed mercilessly by those who hated her the most. She shows no repentance for what she has done and her tears are purely for her own life. The pay off that she died in the arms of her brother by falling rubble was not what she deserved. This is very frustrating for all of those who have waited to see her die in the most deserving way possible and in her final moments, she is the terrified and vulnerable expectant mother and Dany is the tyrannical future Queen destroying her own kingdom. 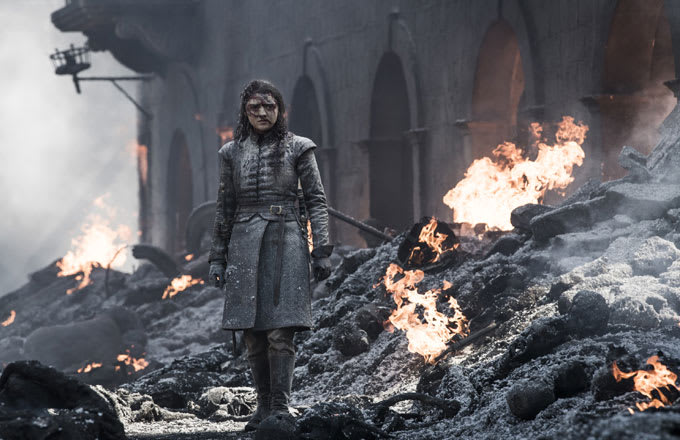 Speaking of which, our Khaleesi. Possibly the most frustrating of all. The keen eyed fans will proudly boast that they have seen this coming since season one and that the shows creators have been planting seeds of Dany’s destructive nature for a long time. While that may be true, it doesn’t make the pill any easier to swallow. She is the one we have invested in for eight seasons, followed her journey to her rightful place. Overthrowing powerful leaders, freeing prisoners, nurturing dragons and travelling thousands of miles to fulfill her own destiny of being the Queen of Westeros. We’ve watched her show nothing but compassion to her followers and vow herself and her armies to protecting the North from the White Walkers. All for what? All for her to destroy an entire city and millions of innocent lives? All for everyone who knows her and her family history to be able to say “I told you so?” It is very difficult to make any sense of what she has done because it actually doesn’t make any sense. This is her kingdom and her people that she has mercilessly destroyed – the same woman who broke the chains of slaves and consistently insists that she is not her father and wants to free Westeros from tyrants. Despite her best intentions was she always going to end up this way? If that is true then it feels like a heavy punch in the gut, those who thought she would achieve her dreams and find her place. Instead we have what feels like a final battle on our hands that will seek to overthrow her and possibly result in her death. 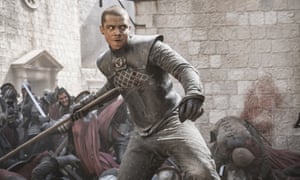 The ones to watch coming into the final episode are Jon and Arya. Arya abandoned her mission with Sandor Clegane in order to escape the city. On her way she attempted to save the lives of those who had become trapped and looked on in dismay, heartbroken at what the Queen had done to the city. A jarring moment in particular is when she glanced down at the charred remains of a mother and daughter still in a final loving embrace. Undoubtedly, Daenerys is at the top of her kill list now. Jon, who watched in horror as Grey Worm and Daenerys continued battle after the bells signaling surrender had been rung, will also now abandon his Queen. Perhaps he is starting to consider his position more seriously, the fate of Westeros is sitting on his shoulders.

This episode provided some incredibly frustrating conclusions to some well known characters but there is still one more episode to go. It is always going to be impossible to please such a huge fan-base and the story is never going to go the way you want it to. We may have wanted more for our Khaleesi but it has not gone that way and now all we can hope for is a happy ending. The season so far has been incredibly morose and the somber start to this week’s episode was an unsettling precursor to what was about to come. One can only hope that our finale provides a happy ending for the people of Westeros with the right people on the throne.

Next week’s trailer keeps things pretty vague. What are your predictions for how it will all end?