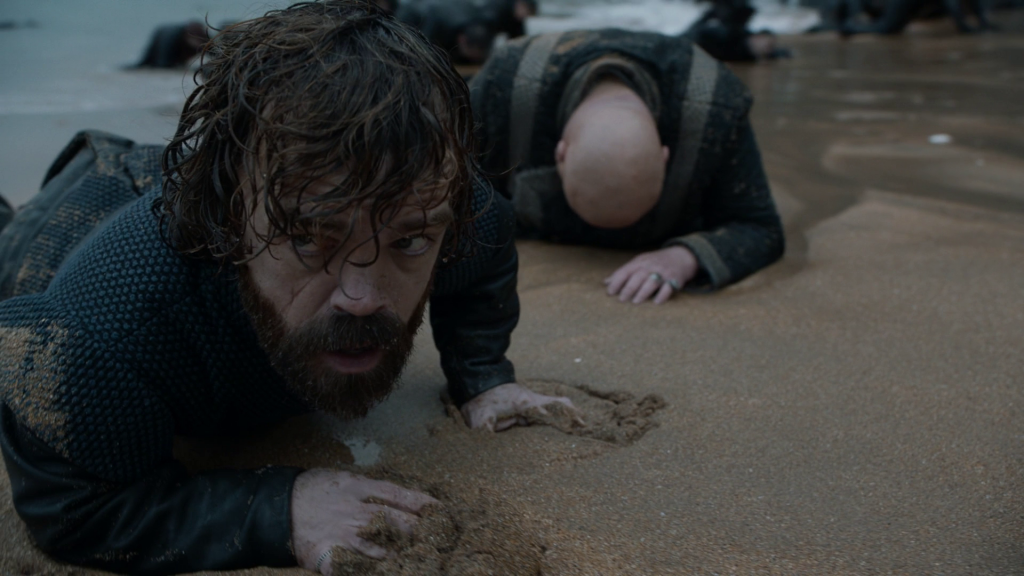 The final season of Game of Thrones has been an emotionally tumultuous journey for its characters and fanbase alike. Both new and veteran watchers anticipate the end with an air of undeniable excitement, particularly with only two episodes left until the beloved series is complete in its entirety. (However, many fans can rest assured in the comfort that a prequel series is in the works.) Perhaps this may be an unfair comparison to some, but in my eyes, Game of Thrones has become like politics as of late — not in the political nature of the series, but socially, in the manner in which “fans” have taken harsh stances on opposing sides, hate-watching the series and criticizing every decision as if made by a politician, gnashing at each other’s throats for supporting contradictory views. Many “loyal fans” say they simply “don’t like the show anymore,” but are too invested and connected to the series to detach themselves — comparable to our political spectrum. As aforementioned, many of these watchers have been loyal to the series since the start, hence the sense of connection and care for the series, now creating what can only be described as a sort of vitriol and toxicity despite the enjoyment of the show’s “newly blatant fan-service.” By no means will I waste your time lamenting the technical issues in Game of Thrones, but I also believe all opinions are important to consider when it comes to criticism of the series — especially by those whom have been with the series since the start (like myself) and feel utterly betrayed (not so much like myself, but a view that is understandable). This goes without saying, for every unhappy viewer, there are many more jeering at the feats the final season of Game of Thrones has accomplished. I’d say I fall somewhere in between it all, because while my qualms with the series may be well-founded, I simply cannot deny the sense euphoria and fulfillment the series has given me on this decade-long journey. Game of Thrones is undeniably the biggest television event right now, and I have no doubt the final two episodes will go down as the two of the highest watched in television history. Game of Thrones, ultimately, is a massive cultural phenomenon. This, however, should not stop us from questioning the decisions it has made as of late, including everything from how it treats its female characters to implying Starbucks is a corporate chain in the Seven Kingdoms (before reassuring audiences this was not the case). 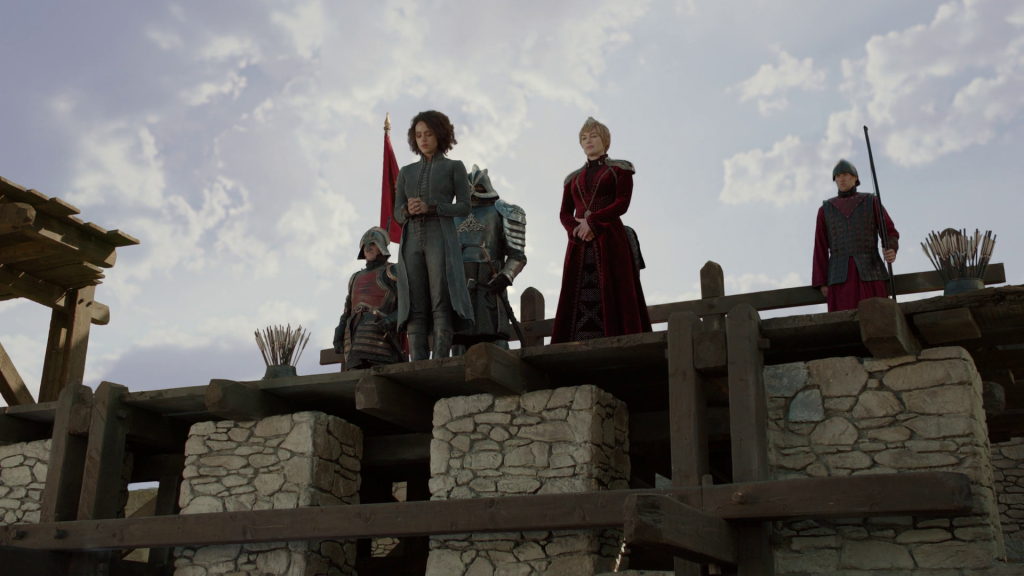 In many ways, “The Last of the Starks” felt like Game of Thrones going back to its roots. Missandei’s murder is a perfect example of this. It was a death that hit as hard as Robb and Catelyn Stark’s did in “The Rains of Castamere,” and the immense power of uttering “Dracarys” as her final words was bone-chilling. However, it has been argued by many that her death is a major disservice to everything that Missandei’s character stood for thus far in Game of Thrones. Dany broke her out of chains in Astapor to give her a life as her loyal advisor, making her not only one of the most powerful women of color in the series but also a major metaphorical representation of freedom and liberation from tyranny throughout her arc. To be beheaded in chains after everything she did to escape chains and escape death is difficult and feels morally wrong — which is also why I believe her death is immensely effective. Additionally, the fact that all of this was committed to advance the plot of other characters (see: Jon Snow and Dany) and not women of color is bound to cause triggered backlash, particularly by the hyper-fueled scrutiny of social media. That’s not to say this perspective isn’t well-founded, but one cannot deny “The Last of the Starks” went for bold and abrasive, much like The Red Wedding. (After all, David Nutter directed “The Rains of Castamere” as well!) Nobody enjoyed or praised a pregnant woman being stabbed to death six years ago, but the episode as a whole is immensely praised for its extravagant execution. This is where current criticism of Game of Thrones becomes muddled because whether or not Missandei’s death feels earned is entirely subjective to the viewer. After the Red Wedding, our focus was shifted to the living Starks for plot and character advancement. Missandei, at the end of it all, amounted to only a heart-wrenching jab. While on the topic, Dany is a very fiery (literally) example of a harsh arc direction change. As someone whom has adored Dany since season one and has found her growth immensely fulfilling, it feels almost insulting knowing Game of Thrones could possibly consider heading down the “Mad Queen” arc for her after she spent the entirety of the series preparing herself for the Throne by surrounding herself with the right council, and especially after killing off two of her “children.” If Dany was not meant for the Throne and Jon was destined for it all along (as the series very much seems to be implying at the moment), there were simply many better ways in which to treat how her character developed along the way — though really, it’s difficult to be angry at a series for having great character development. The issue occurs when the arc ends in a manner that feels tasteless and without validation, and whether this is the case is something we will find out in the coming two weeks. 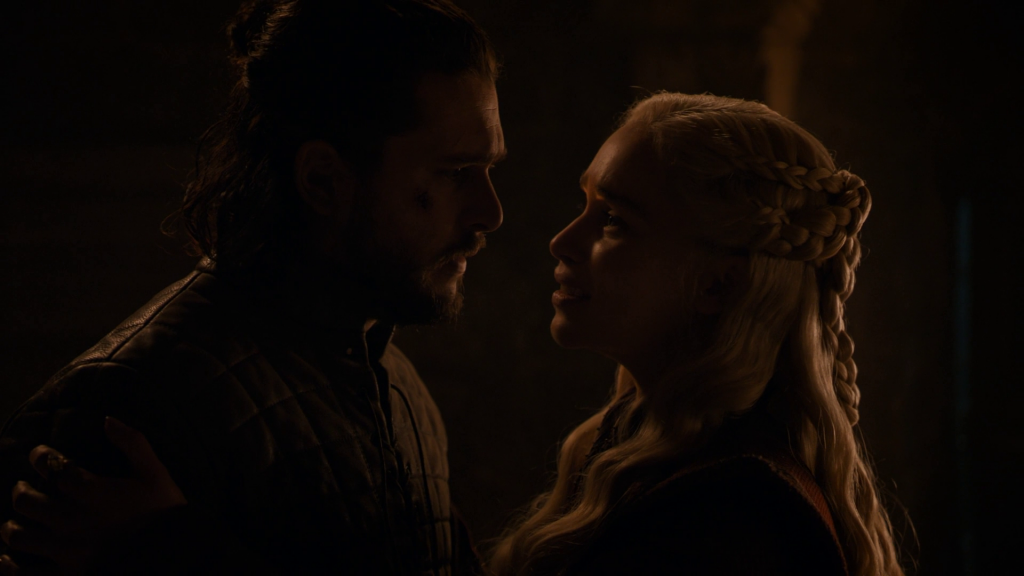 Time to lighten things up a bit. For the record, I’m still a massive Game of Thrones fan, but I’m sure even the most seasoned of fans have frowned upon the questionable teleportation amongst characters these past seasons, amongst other qualms such as those mentioned. However, there is still much to admire in Game of Thrones, such as the immense growth of each of our characters and how they have all played into the grand scheme of the series. Game of Thrones is very well aware of its actions from its first season even in its eighth season, and there is a lot of respectability in a series that never strays from its lore or development. Its core characters still feel like their core characters and the sense of connection and growth is undeniable. Seeing Arya go from water-dancing with Needle to obliterating the Night King is the epitome of character development. The same can be said for Sansa, who famously proclaimed last season, “I may be a slow learner. But I learn.” And she does. (Whether she can keep a secret… well, that’s an entirely separate issue.) 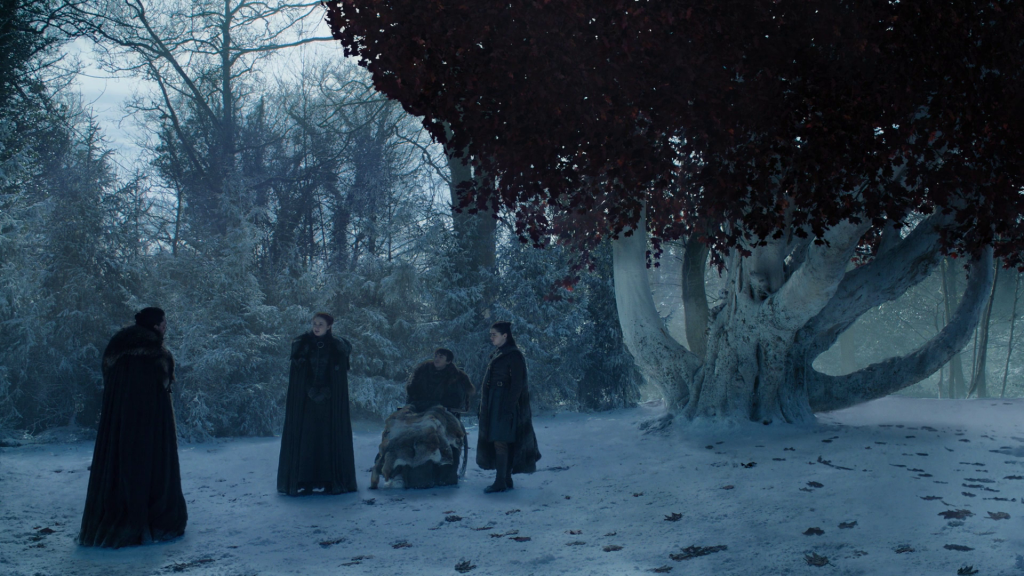 As we emotionally prepare ourselves for what will likely be the biggest and most heart-wrenching episode of Game of Thrones, there remains an air of unpredictability. Who will take the Throne after the dust settles at the Battle of King’s Landing? Better yet, who will be left standing? Considering Jaime’s newfound love, Cersei may have lost a bit of her edge, as many predict she will die at his hands — though for now, I’m sure she’s hardly worried after taking out Rhaegal. (A moment of silence for the beautiful “beast.”) Another important consideration is whether Cersei fits the bill for Arya’s kill list because there are still a pair of green eyes for her to put out. For better or worse, Game of Thrones is going out with a bang, and the bang is killing us with anticipation.

Here’s a preview of Episode 5 along with a look “Inside the Episode” and “Game Revealed” for “The Last of the Starks:”