Just in time for the holidays, and as fashionably late as always, HBO brings the latest season of it’s historic juggernaut hit series Game of Thrones to our homes for the one last time. With bigger budget than any of their previous productions, an insanely long period of production time and more Emmy Awards than any final season of any television series in history, this handful of feature-length episodes brings the almost decade-long journey we participated in as viewers to it’s epic conclusion, and I’m all for watching it all over again. 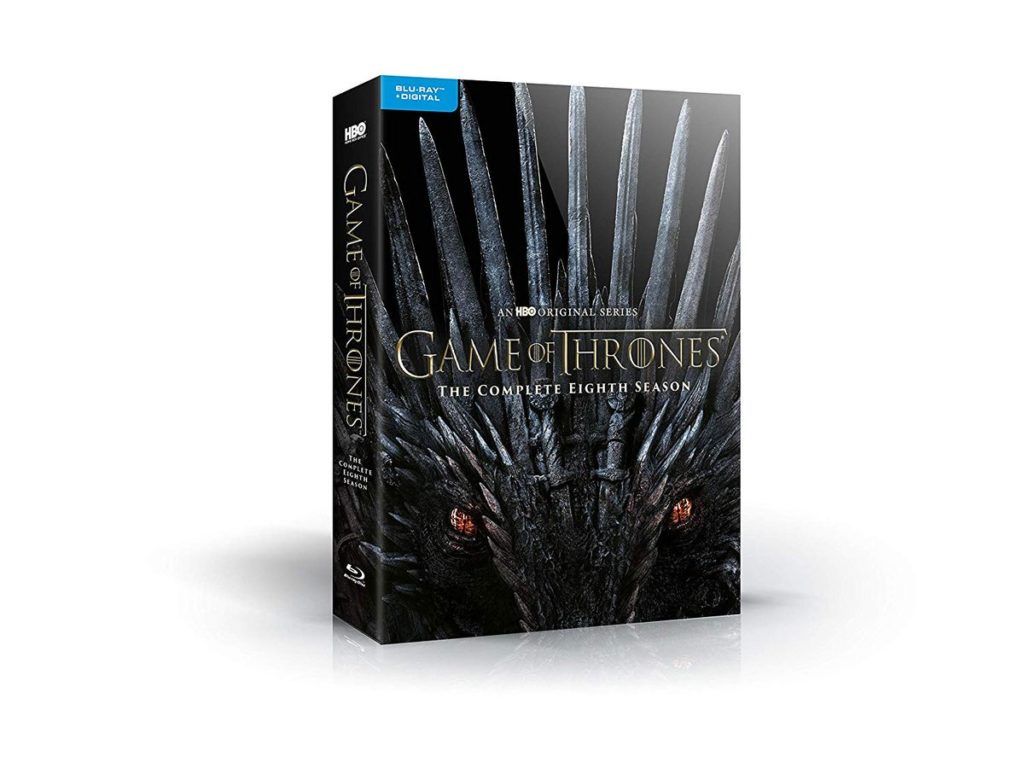 HBO home releases usually look pretty neat, but the Game of Thrones’ releases are consistently extremely exquisite. The GoT home releases are pretty much the only TV series BluRays I still buy physical copies of, rather than iTunes, mainly because of how amazing they are designed. Besides the sleek packaging, while playing the BluRay you’ll firstly encounter the amazing menu title design, which is consistent with the previous GoT home releases yet this time features “The Last of the Starks” by Ramin Djawadi in the background, which made me want to ju 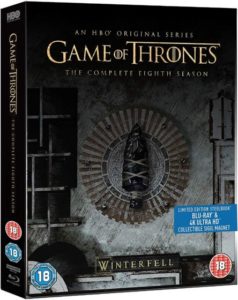 st sit and watch it a few times in a row before even starting watching the episodes. I personally got the regular BluRay release, and the video quality was amazing. There is also a regular DVD version available, a 4K release for those who somehow can tell the difference in a nice Battle of Winterfell themed Steelbook edition, on top of the specific exclusive versions from various retailers, such as Best Buy and Walmart. Keep in mind that while purchasing the season in America you also get a digital copy on iTunes, that no matter what version you’ll buy will adjust itself to the highest video quality possible at your device- even 4K.

How about the product itself? Well, you probably heard an entire spectrum of opinions regarding Game of Thrones‘ conclusion, but as far as I’m concerned this last season tied up the show in an amazing way that stayed true to how the show always presented itself. It’s not the first time we see that kind of controversy around the conclusion of a generation-defining TV phenomenon. We’ve seen it with The Sopranos, we’ve seen it with Seinfeld. And we’ve seen it countless other times- if your show is popular enough and you give the audience an ending which is a little bit braver than expected- you are probably going to get the heat. I’ve made that opinion clear here so, let’s get back to the holiday gift idea. 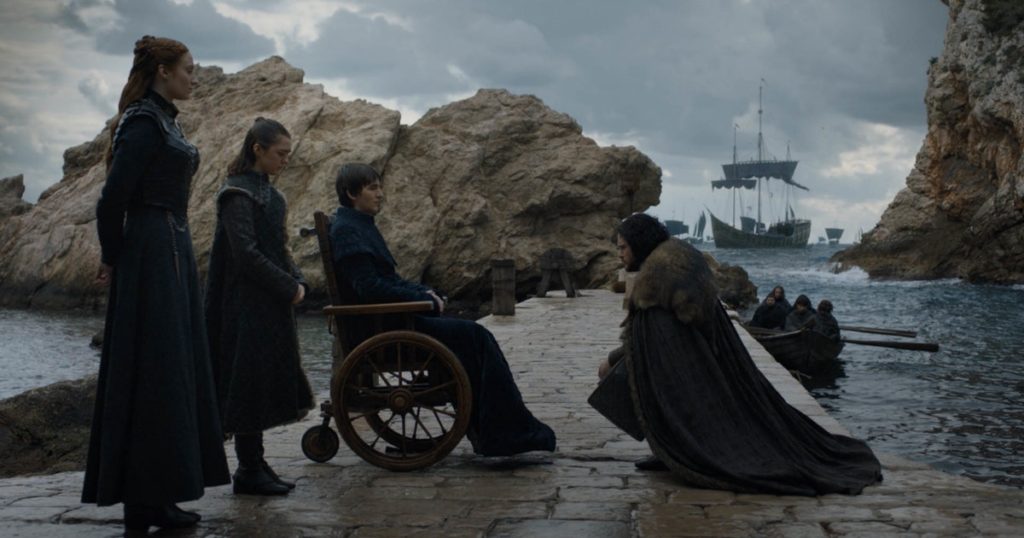 In my opinion, This season offered some of the best episodes or moments from the entire show, with Miguel Sapochnik’s brilliant Battle of Winterfell and later “The Bells”, a penultimate episode better than anything I could have ever imagined. On top of all the regular stuff, the season 8 home release comes stacked with special features, including: 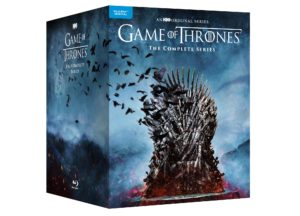 Tons of stuff to watch if you also want to get an idea of what went on behind the scenes while producing the 12 Emmy winning season, and some insight into the fictional universe of the show on top of that. Fittingly enough, HBO also released the complete series box set on several formats (no 4K yet) and also a really nice collectors editions, which looks incredible but comes with a hefty price tag. To those of us who still possess physical copies of movies and tv shows, Game of Thrones is certainly a must-have. With the stunning Blu-Ray quality and groundbreaking Dolby-Atmos sound, it’s the best way to experience a cinematic product that ironically enough was actually made to be watched on our home’s screens.