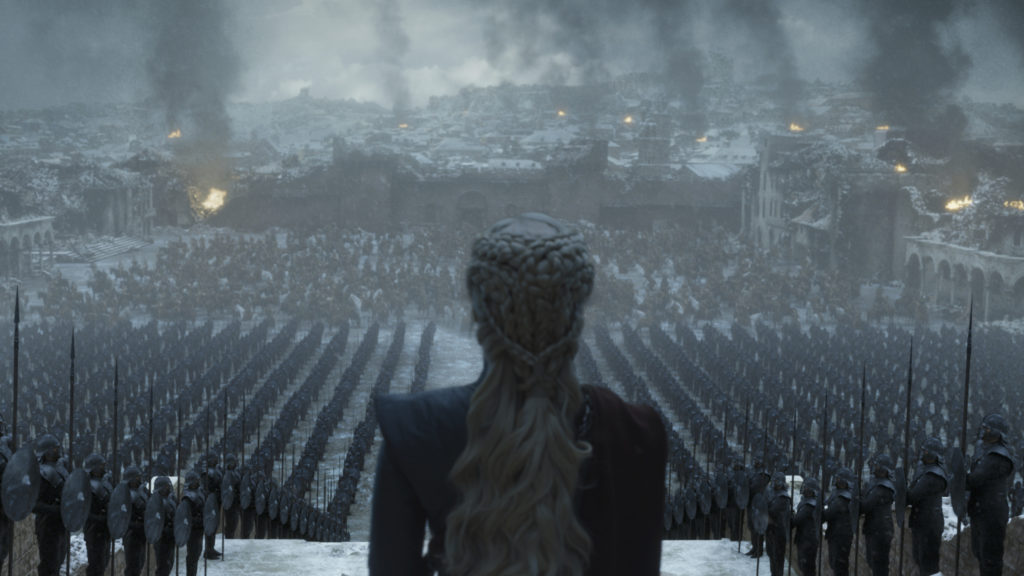 On April 14, 2019, audiences around the world gathered to watch the final season of one of the most popular television shows of the decade. Game of Thrones distinguished itself with its immersive world-building, sophisticated storytelling, and well-loved characters. The show was never a stranger to controversy, but the polarizing nature of Season Eight was unprecedented. While some praised GOT’s conclusion, others were quick to share their disappointment.

A year later, after having had some time to cool off and rewatch the show with an open mind, we at HBO Watch gather again to reflect on Season Eight and its legacy… 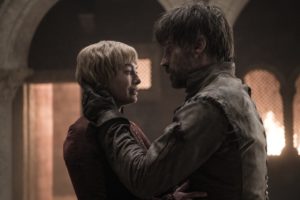 Looking a year back, I remember it was just as painful to watch Game of Thrones’ empire collapse on top of its head as it was for anybody else, but for an entirely different reason. I honestly enjoyed every single moment of the season and saw it exactly as what I always expected the epic ending of GoT to be. Of course, all the online negative buzz was impossible to ignore. For me, it was just frustrating to see all this happening with honestly not understanding where it’s all coming from. I was expecting everyone to snap out of it at the ending of each one of the last 4 episodes (which of course, never happened). Ever since the Blu-Ray came out in December I’ve been eagerly waiting for the semester to end so I can rewatch the whole season, and while watching it again I couldn’t help but get angrily frustrated knowing a masterpiece of that magnitude was viciously slaughtered merely by Internet memes, at least the way I see it. Also, I was never afraid of being the one standing against the crowd, something that has to happen from time to time in the culture we got to where Twitter and Reddit unconsciously set the consensus for millions of people.

So in comparison to all the previous seasons, this was the first one I remember feeling watching completely as an individual, rather than as a community. The season provided me some of the greatest moments of the entire series, with epic battles and twists and turns in a scale I couldn’t have even imagined. In my perspective, every single character arc rounded up tightly, while providing a satisfying and logical conclusion that kept sure they don’t sway into the Hollywood/Disney type of endings fantasy epics often tend to divert to. And of course, the most valuable asset that came from the season is Ramin Djawadi’s brilliant soundtrack album, which I continue to repeatedly listen to on almost a daily basis. 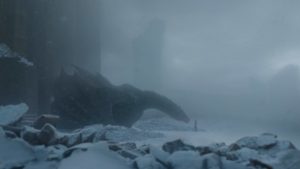 As you might have expected, I also had my own issues with how some of the story arcs wrapped- it was controversial, to say the least. The key phrase here really is you can’t possibly please everyone. Especially when you have such a huge crowd. But honestly, what can you do- that’s the vision George, David, and Dan envisioned all along. All in all, I am satisfied with how things turned out, and just like ever since around 2013- Game of Thrones remains my favorite TV series in history.

Also, I have always been more of a Stark fan, so I was pretty satisfied with how a huge chunk of the major characters ended up. The Daenerys twist didn’t come as much of a surprise for me since I knew it headed this way all along- and while the season definitely could have used a couple more episodes – the fact it happened all so fast just emphasized how, while just enough happened to push her off the edge, she lost it. It’s not like she developed some evil nature that needed to be nurtured over time, and she is certainly not remembered as a villain of any sort, at least the way I see it. She lost all of her close advisors at this point, and despite being the one responsible for saving the Seven Kingdoms from total annihilation by the Army of the Dead, the Westerosi didn’t accept her as well as her eastern subjects did in the past- in fact, they quickly preferred one of their own, which factually did have the better claim, a secret she begged her lover not to let out. Adding that to the loss of two of her children, and of course, the Targaryen gene looming in the background, she was a victim of consequences, or as Peter Dinklage nicely summed it up once, “This happens. Monsters are created.” Moving on to the origin, her downfall was in a huge part due to Sansa Stark who, again, did not do it out of evil nature. She simply played the game of thrones better than anyone else, continuing the legacy of her mentor and ending up exactly where she wanted.

Jon Snow perhaps got the most fitting 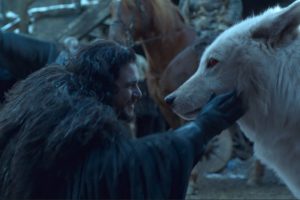 conclusion of them all, leading the Free Folk in the Real North, where he really belongs, following the footsteps of a figure he admired, Mance Rayder. And as for the shadiest decision of all, Bran becoming the Lord of the Seven Kingdoms- well I have a complete conspiracy theory as to how the sneaky Three-Eyed Raven manipulated his path, starting with luring Jojen to his cave, and going eventually all the way from beyond the Wall to whatever is left of the Iron Throne- so the situation is not as innocent as most viewers present it to be.

Did the show have a happy ending, though? Not at all. It got the saddest endings of them all- most of its watchers abandoning it to move right onto the next trend, completely disregarding the past and making personal insults on the same people that provided them with all the other seasons they used to enjoy back in the day. But I know I am completely at peace with the closure we got, and uphold the final season as the only way a massive show like Game of Thrones could have ended- and an amazing conclusion to almost a decade long of dedication. Basically the best television may ever get. The show finished its run with an impressive haul of awards from all the possible Academies and Guilds, and I just hope that while approaching this season in the future, without marinading in the constant 2019 internet climate or perhaps simply after the books ending will turn out to be similar, people will see this season in a whole different light.

Irene: GOT’s flagrant lack of respect for its own ambitious beginnings and its inability to justify itself as a story worth telling will always sadden me

Long before Season Eight proved to be a divisive and disappointing end to a beloved series, Game of Thrones had already made a habit of breaking the hearts of its audiences. Truth be told, for a long time, we didn’t mind. Aristotle saw the experience of tragic plays as a means of working through difficult emotions together as a community until catharsis could be achieved. Similarly, GOT’s endless supply of televised tragedies carried an implicit promise of catharsis and closure which are welcome experiences in any work of entertainment. But until audiences found that closure, we had little choice but to keep renewing our HBO subscriptions and tuning in every Sunday night.

For almost a decade, undeterred by showrunners David Benioff and D.B. Weiss’s claim that “themes are for eighth-grade book reports,” I spent a lot of time (too much time!) pondering what Game of Thrones was about. For years, I lived and breathed Game of Thrones so I struggled to accept that the story that meant so much to me meant nothing at all.

Inspired by my reading of the unabashedly thematic A Song of Ice and Fire series by George R.R. Martin, I firmly believed that something substantive would show itself at the end of the murkily nihilistic HBO adaptation. “At its heart,” I argued as early as 2012, “GOT is about empathy and hope; it’s about celebrating second chances and making peace with ourselves.” These lofty aspirations ever on the frigid horizon of Westeros, kept me coming back week after week, season after season.

It’s safe to say that around 2014 I developed full-blown Stockholm Syndrome. Many people, myself included, have admitted to sitting through the elements of GOT that were increasingly difficult to stomach such as gratuitous violence, rape, and the unrelenting degradation of those with disabilities and mental health issues in order to find some fleeting sense of fulfillment in the revelation that it all meant something.

As the show began to wind down, its plot began to seriously fray, the blood continued to spill, and the screen grew darker and darker. The more that I strained my eyes for meaning or even a good look at a character’s face, the less I could make out. Nevertheless, I optimistically cranked up my screen brightness and doubled down on my belief that GOT would redeem itself in its final season.

Unfortunately, the catharsis that was coming in GOT turned out to be just as underwhelming as the long-promised, short-lived Westerosi winter. In the end, there were very few narrative justifications for the unending onslaught of inexplicable ugliness and upset that constituted Game of Thrones.

As if trying to justify the painful experience of watching the latter portion of GOT, the showrunners, using Tyrion as a mouthpiece, ultimately told us that suffering will lead to the betterment of stories, even as it leaves us broken. I don’t buy it.

My disappointment doesn’t stem from the show’s necessary conclusion or the way that various characters’ plotlines resolved themselves. Rather, GOT’s flagrant lack of respect for its own ambitious beginnings, and its inability to justify itself as a story worth telling will always sadden me.

As we remember this watershed moment in television history, join the conversation in the comments section below. How has Game of Thrones aged for you one year out?