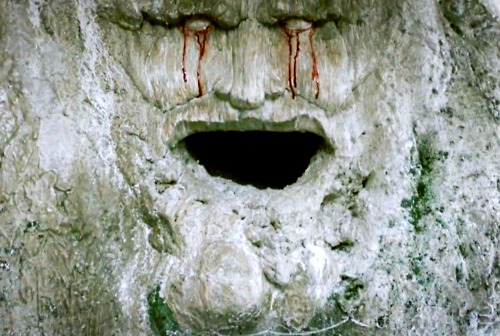 Game of Thrones Season Six is over, and it looks like Season Seven won’t be out until later than usual next year, but HBO is doing their best to make sure that fans don’t lose interest in the popular fantasy series. Comic-Con has come and gone, and with it came a Game of Thrones panel which has become a staple at the event. In addition to an in-depth question and answer segment with cast-members, the panel also featured two short videos. The first video allows us one more chance to look back on Season Six, show-casing bloopers  from that year’s filming (notably, Peter Dinklage struggles to pronounce the word “benevolent,” Alfie Allen falls into an icy river, Kit Harrington winks at the audience– we can only wish for more),  while the second video, entitled an “In-production Tease” concentrates on providing audiences their first glimpse of Season Seven. Watch it, and then join us below for our thoughts.

Game of Thrones has not even begun filming yet, but the “In-Production Teaser” gives us perspective on how much hard work goes into preparing each season. Dramatic music plays as we watch workers building giant sets and touching up old props–because this is Game of Thrones, the camera hovers on torture devices and skulls, before ominously cutting to many stone eyes, often used in funerals in Westeros, being painted in preparation for the upcoming season. We already know to anticipate still more pain and death.

A Lannister banner unrolls, Qyburn intones that Cersei is Queen– a position she gained only moments, it seems before last season ends. Her conduct as Queen and other characters reaction to her newfound title will certainly be a major plot point next season. “Long may she reign” a crowd chants as the camera lingers on Lannister armor– even as it does, one cannot help but feel an ominous sense of vulnerability. Meanwhile, sewing machines whir and lathes saw in a dizzying whirl of sudden cheerfulness before the teaser wanders back into dark territory, focusing on the Mountain’s armor and the room in which Septa Unella was tortured in revenge for her torment of Cersei Lannister. We move from the iniquities of torture to the slightly more wholesome theme of war– we see stockpiled prop-weapons, a smith beats a new sword into submission.

After that, there’s quite a bit of wood-work and flying saw-dust, a trade mark of any good attempt at prop making. “Sansa’s CH–” someone scrawls on an ambiguous bit of wood. Chair? Chamber? We can only guess. Either way, we’re reminded that Sansa will be a major player next season, with a throw-back to her last words to Ramsay as the camera sidles about in Winterfell’s dog kennels. Ramsay’s ghost reminds Sansa’s memory that she can’t kill him, he’s part of her now. This foreshadowing lingers for a moment before the camera cuts to someone clacking away on a keyboard. Scripts are printed,  and wine glasses dusted off, pages are leafed through and props painted– we’re reminded how intertwined process of writing and acting are with the physical labor of set and prop design in providing us with the show we love. Scripts are laid out for a table reading, while armor is hammered. The prop-making becomes more frenzied, the music more intense. Eventually a script for Season Seven is laid heavily on the table. The screen goes black. “Welcome home my queen,” someone says, obviously speaking to Daenerys who at last began her return to Westeros in the final episode of Season Six. The teaser is over, but for those working on Season Seven of Game of Thrones, their work is only just beginning.

Let’s hope HBO will continue to keep us in the loop as the months progress. What were your thoughts on the teaser?