It seems like only yesterday we were reporting on a brand new Game of Thrones trailer… wait, no it doesn’t, it feels like the longest winter in the realm’s history!  Tonight was a big night for HBO with True Detective premiering to critical acclaim, TWO juicy episodes of Girls season 3… and this, the first ever Game of Thrones season 4 trailer!  Okay, I’ll STFU now and get to it.  Here it is:

Now, for those who are interested, here’s some analysis on what we have seen in the above trailer. Be warned, the following few paragraphs will contain SPOILERS for season 4. Don’t say we didn’t tell you! 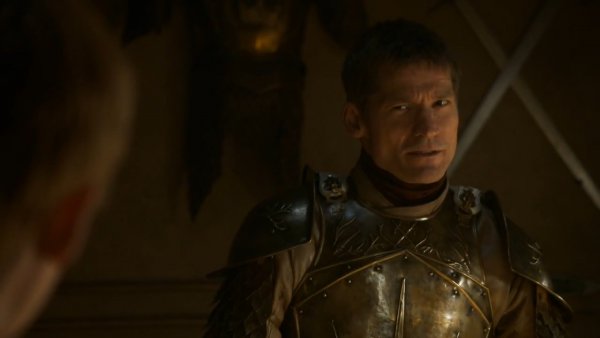 Our first shot consists of a large dragon’s shadow over King’s Landing. I think all book-savvy fans will know that this is most likely either a dream/vision sequence, or a teaser shot made entirely for the trailer. We hear Ser Meryn Trant proclaiming that “The people love their king.” Yeah…ok, Trant. The shot changes to Joffrey observing his wedding feast, as Olenna Tyrell slips past. Some nice, subtle foreshadowing there. Next, we are shown Joffrey and a much cleaned-up Jaime having a conversation in what looks to be the White Tower. “They know I saved the city, they now we won the war.” Jaime soon puts Joffrey in his place; “The war’s not won.”

We next see a couple of eerie shots, firstly of a crow picking at a dead body, and secondly of a lone rider on a foggy, barren wasteland, bearing a peace banner. I think this may be Theon at Moat Cailin. After this, we see Dany, Barristan, Jorah, Missandei and the Unsullied outside Meereen, looking on as Daario Naharis takes on Meereen’s Champion. Dany then enters a mysterious subterranean area of Meereen, and we see slaves running through tunnels, bearing torches. 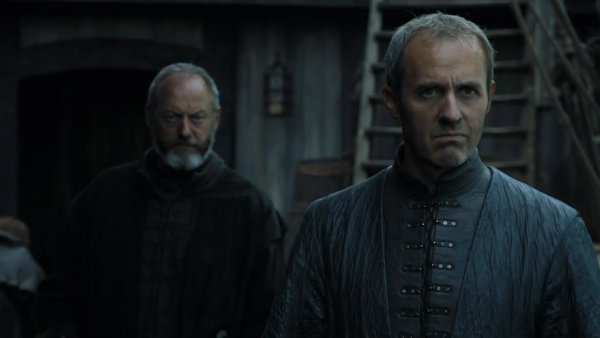 Melisandre can then be seen sacrificing prisoners to the Lord of Light, as Stannis, Davos and co. look on. We have a brief shot of a disheveled Tyrion, before seeing two hosts facing each other on an open field. Judging by the banners, it seems to be a meeting between Ramsay Snow and Roose Bolton. Exciting stuff, indeed. Stannis and Davos are then shown, aboard a ship. All of this plays over a monologue from Jorah to Dany, as he tells her “…There’s good and evil on both sides in every war ever fought.” We see the streets of Meereen at dawn, as a vast host of slaves descends on a slaver. Graffiti can be seen on a wall in the background saying “Kill the masters”. We then see Dany on her throne in Meereen, as she tells Jorah that “…They can live in my new world, or they can die in their old one.” This is said over some brief shots of Cersei and Tywin. It’ll be interesting to see if Dany fans will be as eager to shout her praises after this season.

Next up is Jaime holding his new Valyrian sword, Oathkeeper, for the first time, as Tywin looks on. Tyrion is seen being escorted into the throne room in shackles; “Things are a bit tense right now.” “I don’t think I’m talking my way out of this one”, he quips, as he sits down in his cell. We then get our very first glimpse of Oberyn Martell, the Red Viper of Dorne, as he and Varys behold the Iron Throne.

Some wildlings are causing carnage in the North, and we see a grim Ygritte wielding her bow.  We then see some brothers of the Night’s Watch in a tunnel under the Wall, as a similarly grim Jon tells the brothers that “If the wildlings breach the Wall, they’ll roll over everyone and everything.” A giant is shown throwing his enormous weight against a gate beneath the Wall.

More brief shots now, as we see Yara Greyjoy and her small crew rowing up what one would imagine is the Weeping Water. Qyburn is shown fitting on Jaime’s new golden hand, as an upset Cersei shuts her eyes. Rast is shown taking on Craster’s role of sacrificing baby boys to the White Walkers, and Arya brandishes Needle, finally reunited again. Littlefinger is heard throughout this sequence, finishing his speech with genuine concern; “I want to know which side you’re on.” Who he’s talking to remains to be seen, but it would appear to be someone from the Vale, judging by the Eyrie-like architecture behind Littlefinger. 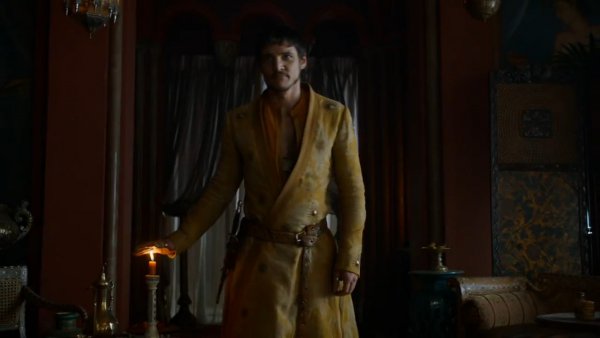 Next, we see Bran touching a weirwood north of the Wall, as Hodor looks on. A Bolton armsman bearing the banner of the flayed man rides into the Dreadfort, as Roose awaits. More Oberyn here, as he instructs Tyrion; “Tell your father I’m here, and tell him the Lannisters aren’t the only ones who pay their debts.” Who else can waltz into King’s Landing and openly threaten Tywin like that?! We see Oberyn doing battle with the Mountain, a scene which is sure to be one of the highlights of the entire series. Next up is the long-awaited royal wedding, as Joffrey and Margaery are married in the Great Sept of Baelor. Cersei angrily snaps at Tywin about who I’m guessing will be Tommen; “You’ll fight over him like beasts until yo tear him apart. I will burn our house to the ground before I let that happen.” It’s her one redeeming feature, her love for her children. That and her cheekbones.

Jaime is seen shutting the White Book of the Kingsguard in the White Tower, before we see a brief shot of his violently grabbing Cersei by her hair. We are then given some promising shots from further north, as the returned Alliser Thorne declares “Brothers! Tonight, we fight!” There are also some shots of wildlings running, led by Tormund and Styr. Jon leads an attack on Craster’s Keep, as he attempts to destroy the mutineers from last season. There’s a cool shot of a firebreather at the royal wedding, before we see Dany looking worried, and a cleaned-up Theon, back in his ironborn armor. The Mountain mercilessly executes a peasant in King’s Landing, as Melisandre says to someone (Yara?), “There is only one hell; the one we live in now.” It wouldn’t be Game of Thrones without sex, and here t is, as we see Ramsay violently enjoying himself with one of his girls from last season. 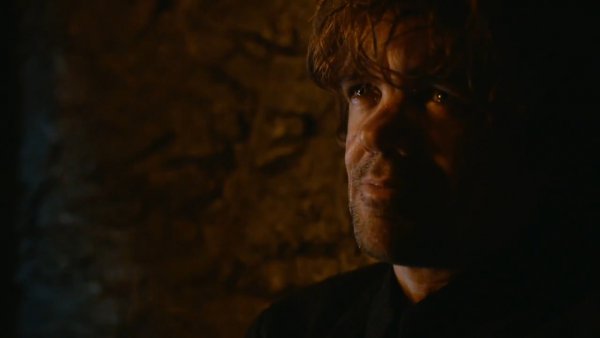 We briefly see Sansa in the snow garden of the Eyrie, before a very quick montage of shots begins. There’s Arya wieldig a bloody sword in her iconic inn scene, accompanied by the Hound who delivers a well-aimed, mailed punch to a Lannister man-at-arms. Jon is seen entering a chamber in Castle Black, Dany is triumphant as she stands above her liberated people, and Jon plunges Longclaw into some unfortunate soul (hopefully Rast). A teary-eyed Tyrion finishes off the trailer as he addresses Oberyn; “If you want justice, you’ve come to the wrong place.” And for the final few shots, all I’ll say is “STANNIS! STANNIS! STANNIS!”

Game of Thrones premieres on April 6th, 2014 so get those parties planned!  2014 looks to be an awesome year for HBO so stick with us for all of the latest on Game of Thrones and all of the premium series to come.