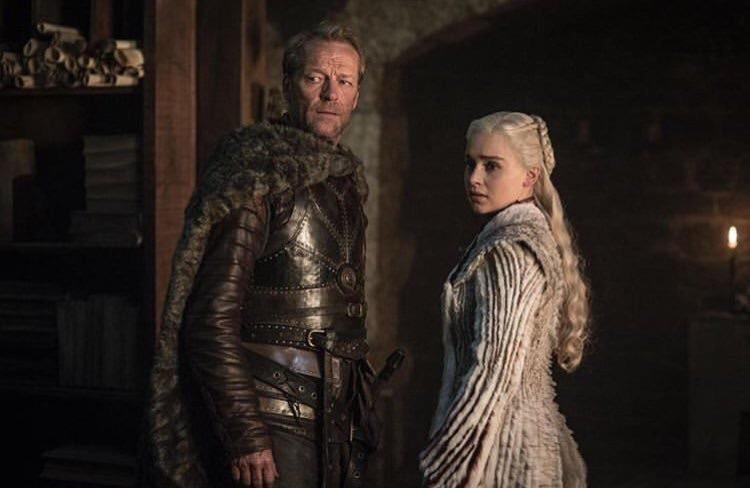 Game of Thrones’ final season is almost upon us and the news just keeps pouring in. If audiences were a bit deprived of Thrones-related updates during the show’s year-long hiatus, the media is now threatening to be over-saturated with all-things GOT—and Season Eight hasn’t even started yet.

Between the onslaught of merchandise and events that are being announced constantly and the barrage of exclusive cast interviews and soundbites that we are being showered with, sometimes staying on top of all the latest Thrones-related content is harder than remaining aboard an antsy dragon.

In advance of April 14th, HBO is doing its best to whip GOT‘s global fan-base into a frenzy and its efforts seem to be paying off.  So with just a little more than two weeks until Episode One of Game of Thrones Season Eight premieres, make sure you’re up to date with the latest news.

If the show wasn’t immersive enough for you, HBO has recently partnered with AT&T to release a “mixed reality” experience entitled “The Dead Must Die: A Magic Leap Encounter.” Lucky fans in Boston, Chicago, and San Francisco can enjoy a virtual reality simulation that allows them to experience Westeros like never before…only at their local AT&T stores. If you’ve ever wanted to go hand to hand with a White Walker, this is your chance. 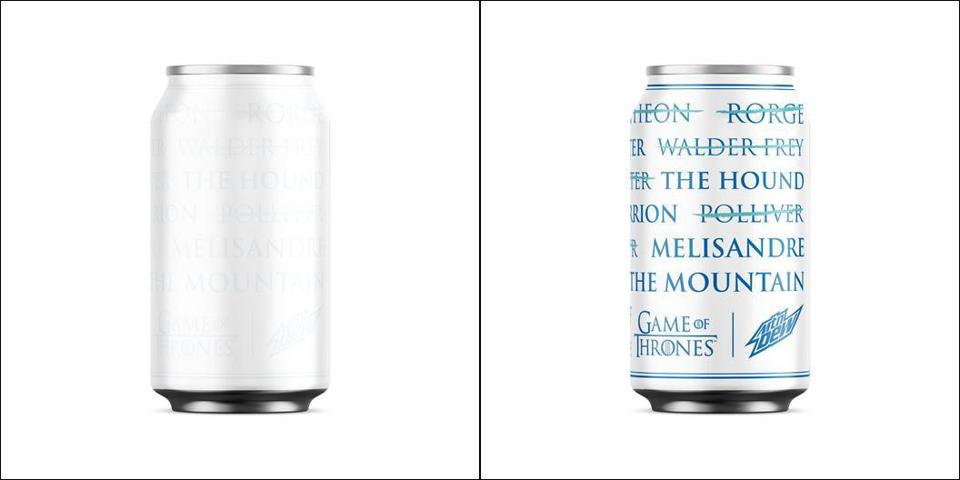 While we are talking about unlikely alliances and flagrant consumerism, it would be folly not to draw your attention to HBO’s partnership with Mountain Dew. Nothing says “Arya Stark” like a fizzling carbonated drink, right? The limited edition Game of Thrones Mountain Dew can changes depending on its temperature to reveal the list of characters that our favorite assassin is set on murdering.  Forbes magazine suggests that one can obtain this exclusive and equally elusive elixir either by entering a Twitter giveaway through Mountain Dew or by going on a wild search for an “Iron Vending Machine” in New York and Los Angeles. Arya has gone to great lengths to track down the villains who have wronged her family so if you wish to honor the character, it seems more appropriate to wander the city streets with a burning thirst for blood…or Mountain Dew.

If you do manage to get ahold of this latest promotional tie-in, make sure to dunk your Game of Thrones Oreo’s in it. Since both food items are promoting the same show, perhaps they will share some intangibly similar taste…

Moving on to more substantial headlines, Entertainment Weekly recently dropped the news that HBO plans to release a two-hour long documentary on the making of Game of Thrones Season Eight one week after the season ends, that is on May 26, 2019. Game of Thrones has always boasted high-quality behind-the-scenes footage and features. The documentary is definitely something to look forward to, especially in the wake of the show’s last finale.

Entitled The Last Watch, HBO states that the film is “Much more than a ‘making of’ documentary, this is a funny, heartbreaking story, told with wit and intimacy, about the bittersweet pleasures of what it means to create a world – and then have to say goodbye to it.”

For a lot of fans, saying goodbye to the world of Game of Thrones will be rather sad, even if they weren’t directly involved in the show’s creation or success. Thrones has become a show that people are genuinely emotionally invested in, for better or for worse. Besides indulging our curiosity about what goes on behind-the-scenes of such a popular and intricate series, HBO seems to have identified a need in audiences for meta-narrative catharsis and filled it. The network has also found an organic way to make some viewers hang on to their HBO subscriptions a little while longer. Sneaky!

All good things must come to an end. Author George R.R. Martin, upon whose book-series Game of Thrones is based, recently commented on the show’s culmination in an interview with Rolling Stone. The magazine details:

Benioff and Weiss had to carve their own course for the past couple of seasons, after outpacing Martin’s writing. “I’ve been so slow with these books,” Martin says, with palpable pain. “The major points of the ending will be things I told them five or six years ago. But there may also be changes, and there’ll be a lot added.”

Speaking of Martin, an unfounded rumor is circulating that he is collaborating on a new Thrones-themed videogame. Words are wind, but it’s worth keeping an eye on.

While the world has its eyes on Game of Thrones‘ final season, the show’s spin-off series, a still un-named prequel, continues to fill out its cast. Deadline reports that five more actors have joined the show. The series is set to film its pilot episode later in the year, with Jane Goldman acting as the show-runner. It is not certain, at the moment, when the Thrones-spin-off might be slated for release.

How are you preparing for Game of Thrones‘ final season? Let us know in the comments below.