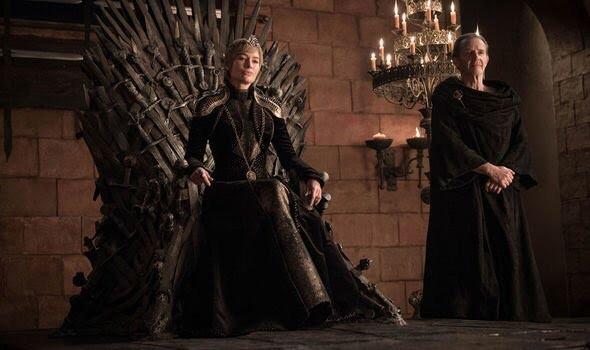 Believe it or not, Game of Thrones is almost here. We have now reached the single digits when it comes to counting down the days until April 14th. With just nine days to go until Game of Thrones Season Eight premieres, let us catch you up on all the latest news. 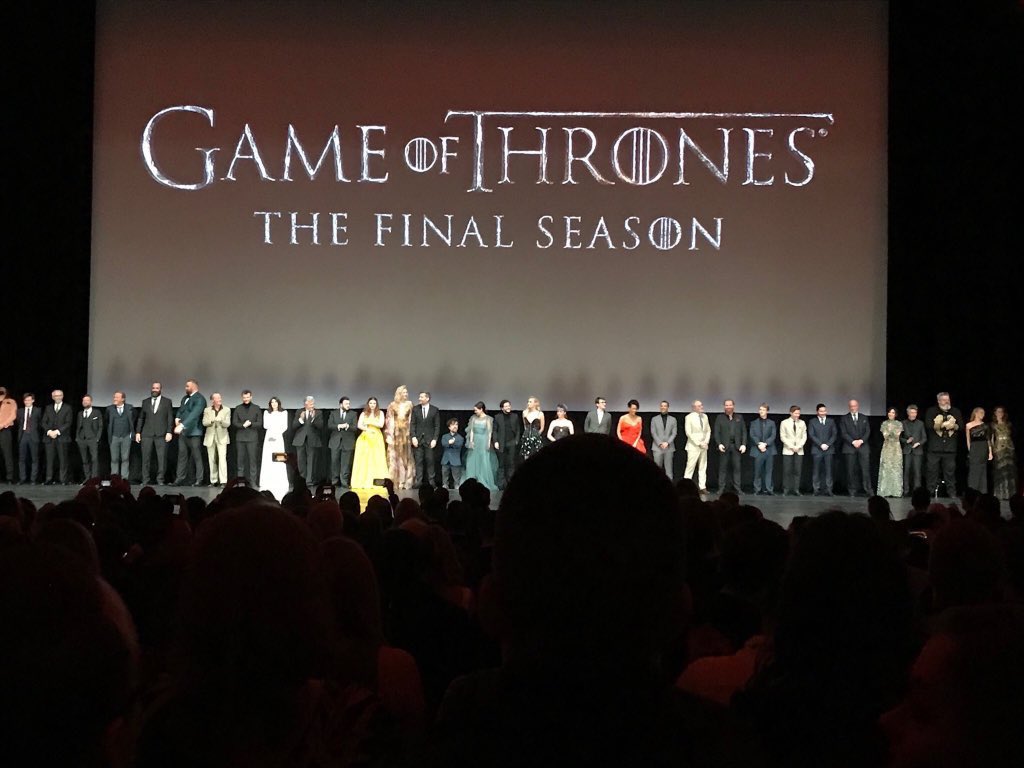 Earlier this week, Thrones had its New York City red carpet premiere. Past and present members of the show’s cast (not to mention it’s writers, and George R.R. Martin himself) joined a theatre of lucky journalists to watch the first episode of the season. It was a festive event, but of course, it was also rather bittersweet to see the show’s talented ensemble united for one of the last times.

For those who couldn’t make it, HBO assembled a lovely montage of our favorite stars preening before the screening: 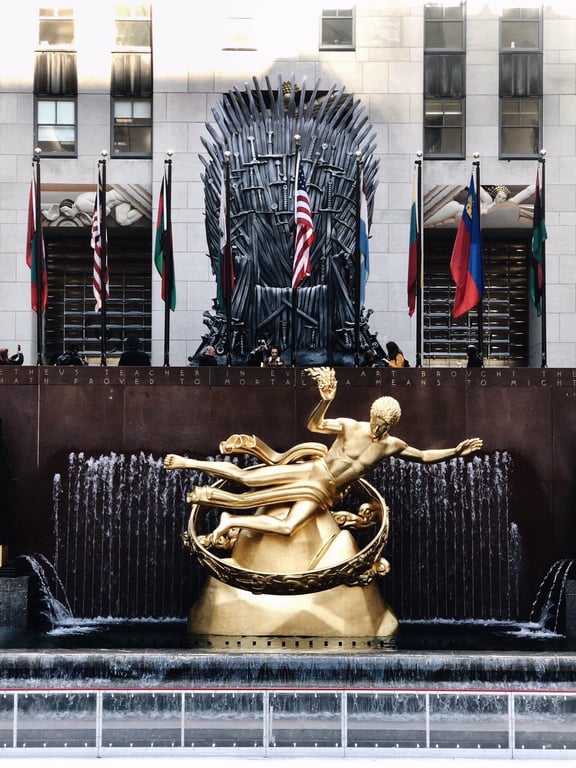 While the media has been sworn to silence until the 14th regarding the specific contents of the first episode  (not that that stopped a few sneaky civilian leakers, including Melisandre’s Carice Van Houten herself from sharing tidbits online), they were allowed to share their general impressions. GQ suggests we can expect a healthy dose of “tits and dragons.” Well, who’s surprised?

GQ‘s Jonathan Thompson also deems this the “best season opener in GOT history.” Given the show’s numerous strong starts to past seasons (although admittedly, Season Seven’s was a little lethargic), this is high praise indeed. I can’t wait to see for myself in a few days.

Game of Thrones will have a second red carpet premiere on the 12th of April– this time in Belfast.

Speaking of Ireland, the Game of Thrones Studio Tour is officially set to open in Banbridge  next year. It will serve as a permanent exhibit where Thrones fans can tour iconic set-pieces.  HBO’s press release details:

Located within Linen Mill Studios in Banbridge, Northern Ireland-the original filming location used for many iconic scenes throughout the run of the series-the tour will bring visitors face-to-face with original set pieces, costumes, props, and weapons used to create the worlds of Westeros and Essos. 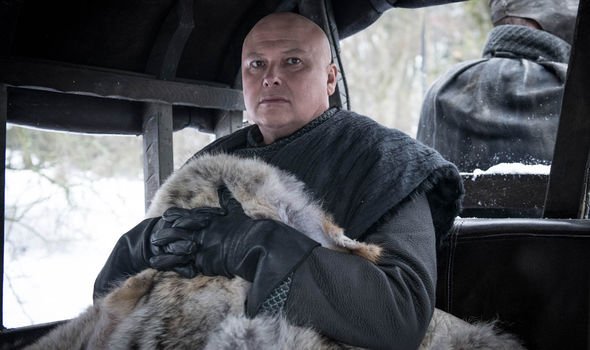 HBO has released more promotional photos from Thrones‘ final season. You can enjoy some additional shots of Jon and Daenerys, snug in their fashionable winter get-ups and ready to fight any White Walkers they see. Sansa is also featured, wearing a new outfit that borders on armor– a strong sartorial choice for the coming storm.  My favorite shot, however, is probably that of Varys looking cold and miserable under a large fur blanket as he ostensibly rides to Winterfell. In past seasons, a Greyjoy prince posited that Jon Snow makes everything look easy. Indeed, when not successfully navigating hard choices with remarkable ease, Jon (AKA Aegon) barely seems to shiver as he traipses through the freezing temperatures of the North and beyond. While this is all well and good for a chap as extraordinary as Jon Snow, as someone who has never appreciated snow nor cold, Varys’ reaction to the icy apocalypse currently plaguing Westeros adds a welcome element of realism.

“Together” is mostly made up of footage from the previously released Season Eight trailer. “We must fight together now, or die,” Tyrion Lannister intones. Check it out below:

“Survival” includes a shot of the long-awaited reunion between Jon Snow and Arya Stark. How will Jon reconcile the fact that his little sister has turned near-psychopath, and developed a compulsive penchant for purging the world of villains with the sword he gave her? How will Arya adjust to the news of Jon Snow’s true heritage?

Again, watch the entire clip below:

A day after releasing the TV-spots, HBO also graced us with a haunting, conceptual teaser entitled “Aftermath.” The clip depicts the “aftermath” of the upcoming battle to hold Winterfell and dispel the White Walkers– and things aren’t looking good. A cold wind blows over a desolate castle, where only the abandoned accessories of characters we know and love remain. Have they been cast away in a hasty retreat? Do they mark the death (and perhaps grisly re-animation) of Westeros’ last human defense? Either way, seeing the smashed wheels of Bran’s chair and Jaime’s gold hand left to sink into the snow is rather sobering. Even Jon Snow’s sword, Longclaw, lies in a lonely snowbank. All in all, “Aftermath” offers a bleak vision of the stakes that our heroes will be up against in the final season. 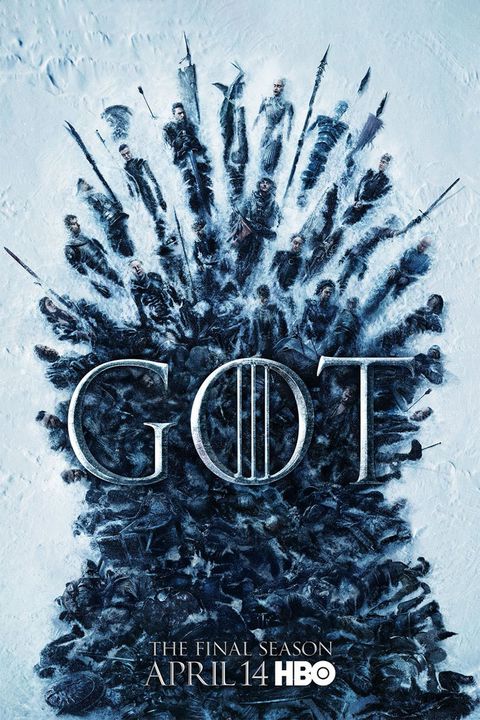 Echoing the themes of “Aftermath,” another poster for Season Eight has surfaced. In an absolutely heart-wrenching visual, the bodies of White Walkers and human characters alike lie frozen and half-buried in the snow, only to approximate the form of the Iron Throne. What good is a game of thrones if no one is left to play it? This final poster offers a gruesome, ghastly reminder that in Season Eight, no one will be safe.

While HBO’s marketing campaign seems to highlight the most depressing possible outcome for the end of the show, there’s no reason for fans to get too distraught. Game of Thrones’ writers and creator have always promised a “bitter-sweet” ending, and there’s nothing “sweet” at all about simply massacring the show’s entire cast of characters. Moreover, it seems unlikely that HBO would foreshadow the ending so clearly, were the show really to feature a plotline similar to the one hinted at in “Aftermath.”

All of this is to say that I am actually heartened by the heavy emphasis on bleak destruction and tragic endings. After getting audiences worked up into a tizzy with depressing misdirections, Thrones may actually end on a much more positive and uplifting note. And don’t throw that Ramsay Snow quote at me, I’ve been paying attention and a happy ending seems perfectly viable to me.

Either way, our questions about how the show will begin, and end, will be answered all too soon when Game of Thrones premieres next Sunday night.

What are you doing to get ready for the premiere? Let us know in the comments below!