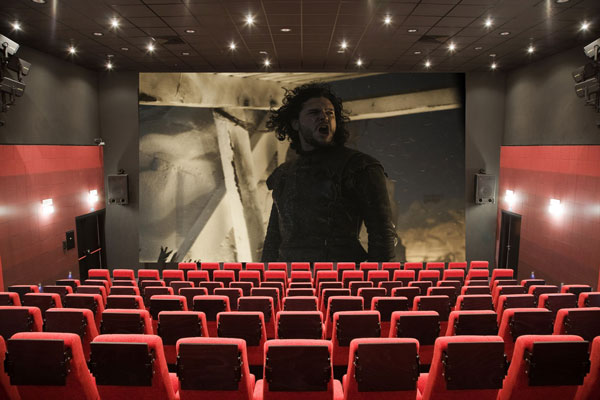 Game of Thrones fans in the U.K–it’s your lucky day! The award winning HBO show  has a world wide audience, so naturally a lot of people felt left out when the Game of Thrones: IMAX Experience was released to enormous success in the United States only. The good news is that HBO has decided to spread the love and is releasing the Imax Experience in only two days  in the U.K. Time to buy tickets!

In a progressive new attempt at blurring the lines between the cinema and the home TV, Game of Thrones: The IMAX Experience features two stunning episodes from Season 4, remastered for IMAX theaters. The IMAX showing was extremely successful in North America, racking up an impressive $1.5 million in revenue.  Given Game of Thrones’ rabid fan-base, it probable that the show will experience similar popularity outside of the United States. So! Want to join the hordes and see your favorite HBO show on the big screen? The Odeon Cinema, a venue near London, will be celebrating its launch by exclusively showing the Game of Thrones episodes in their IMAX form. While it’s a little disappointing that for the moment the IMAX showing appears to be in only one venue, fans should take heart in that this opens up new possibilities about the IMAX Experience being show in more places throughout the U.K. as well as in more foreign locales.

Multiple websites are offering chances to win tickets to the IMAX event, so hopefully as many fans as possible will be able to experience this incredible chance to see Game of Thrones up close and personal. In the meantime, we can only wonder if  Game of Thrones: The IMAX Experience will become available in more countries in the future. Let’s hope so!