I cannot lie, I avoided trailers and news and any single tiny piece of information regarding the 7th season of Game of Thrones because I wanted to go into the season fresh as the fallen snow that has begun to engulf the realm. So as the days grew near, I cannot emphasize how utterly and completely emotional I got over the premiere. Luckily, as such an awesome and intense standard has already been set by this groundbreaking and fantastic show, I was not disappointed.

As the first episode of the season, it was pretty standard in one way. We got to check in with the important characters and see how they are beginning this season and how they are fairing after last season.  That cold open though…whew, Arya. From the very first episode, I knew I loved her character. The seasons past have only intensified my adoration for the little, baby assassin. She gets to achieve a moment of vindication and has probably one of my favorite lines from the show ever: “Winter came for House Frey.”  Chills ran down my spine and I’m sitting in 80-degree weather here. But we also get to see her understand her power a little bit more. It’s easy to declare war, but when you learn about the lives of the soldiers it makes it a little harder to want everyone under a banner to die just because they are sworn by allegiance. Nazi Germany is another good example of this. Coercion or law to follow does not mean the people truly believe in the cause. It’s a job. So how will this little epiphany affect her, if at all? But more importantly…what up, Ed Sheeran!!!

While Arya is still traveling around, Bran has made it to Castle Black after becoming the Three Eyed Raven. Jon and Sansa are only a short distance away at Winterfell, so it begs the question: Could we see the remaining Starks reunite this season? I sincerely hope so. Jon is still doing business as King of the North with Sansa at his side, as well as his banner men and banner WOMEN. All hail, Lyanna Mormont, our favorite pint sized bad-ass! But tension still looms between Sansa and Jon over the best way to rule the realm.  Won’t take long for Littlefinger to worm his way in between and attempt to split the siblings up, though Sansa seems to know that’s likely his plan. 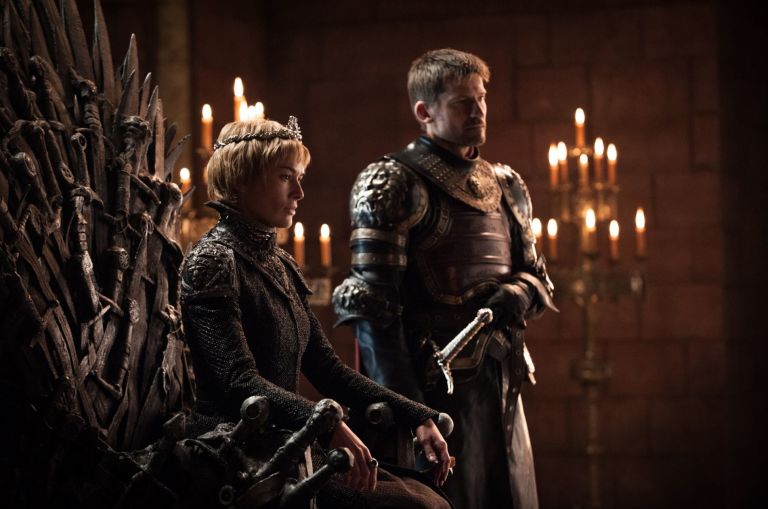 Cersei still rules King’s Landing though with no allies and lacks ways to take care of her own army. Frankly, she’s being a tiny bit delusional about her ability to destroy everyone. Jaime at least sees that she’s not entirely there right now, and tries to get her to come to her senses a bit. Being the stubborn one she is, Cersei would rather not. Attempting to ally herself with Euron Greyjoy should be an interesting plot development to watch since he seems as trustworthy as Littlefinger if not worse…

Sam is studying at the Citadel to become a maester, though for now, it seems more like shit duties…literally.  He has a knowledge and wants to use it but doesn’t get anywhere at first. Truthfully, I was waiting for him to just break some rules. He bends them a tad instead. Which works out nicely because he figures out useful information regarding Dragonstone fortress and how it could help fight the White Walkers. And speaking of Dragonstone…

“Shall we begin?” Dany has made her landing in Westeros and taken her family seat. It was an incredibly powerful moment to see as we have watched her for six whole seasons yearn to be back in Westeros and take charge of the Seven Kingdoms as she was taught to want. Now she has arrived, and I cannot wait to see what she will do next.