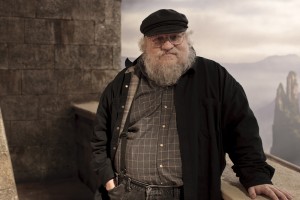 Game of Thrones has (for lack of a better term) decapitated DVD sales records, selling over 350K units in the first 7 days!   That’s more than any HBO program in history.  The Sopranos, Sex and the City and The Wire all have had strong launches but Game of Thrones is now on pace to leave those numbers in a pile of rubble taller than The Wall.  The DVD and Blu-Ray set was released on March 6th and features commentary and special features documenting the production of the series.  Much of the hype around its release is due to the fact that Season 2 is about to kick off on April 1st on HBO

If you haven’t already done so, take a look at our full review of the Game of Thrones Blu-Ray package and grab a copy for Blu Ray set for only $40.99 on Amazon or visit the HBO store for some other cool non-dvd Game of Thrones gear.  Let’s hope these phenomenal numbers mean good things for the future of the series.  HBO makes a lot of it’s money on syndication and media sales so it’s important that these seasons of Game of Thrones do well to justify the $5 million per episode price tag on the show!

George R.R. Martin must have more wealth than the all of Casterly Rock!… nay… more than the Iron Bank of Braavos!   The man shits gold, okay?!  Were you one of the 350K people who bought Game of Thrones on DVD or Blu-Ray?  If not, the banners have been called!   Join our ranks, pirates!