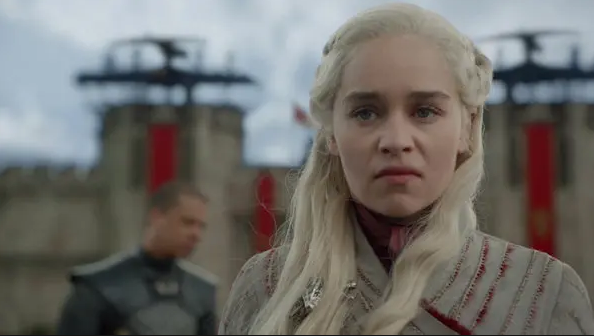 The message of the final season of Game of Thrones is not that power corrupts – it’s that the patriarchy will always preserve itself.

The story arc wasn’t rushed or even unrealistic. Daenerys got too close to changing the world, with her army of non-white eunuchs who challenged the reigning hyper-masculine form of power. And the patriarchy couldn’t stand for it. George R.R. Martin illustrated so clearly that women are and always have been powerful, complex, beautiful, and terrifying…and that patriarchy will always be their glass ceiling.

Daenerys’ glass ceiling came in the form of her two closest confidantes: Tyrion Lannister and Jon Snow. Tyrion is the brother of Cersei, the current Queen of the Seven Kingdoms, who occupies the Iron Throne. He is also Hand of the Queen to Daenerys; ostensibly a role meant to help her obtain the Iron Throne as her trusted advisor. Jon Snow, formerly the Bastard of Winterfell, is Daenerys’ love interest, and he recently also learned that he is not in fact a bastard, but the male Targaryen heir to the throne (making him Daenerys’ nephew).

It is these two men who conspire to end her life and prevent her from radically re-imagining society. As Tyrion convinces Jon to kill his Queen and intimate partner Dany, he reasons that her previous murderous actions in past seasons (killing slavers and tyrants) were against “evil men” and so were above reproach. But now that the men whose power were being threatened were white and historically powerful, her immense power was a direct threat to their white patriarchal rule. Despite Jon’s repeated pledges of loyalty, and a perpetual unwillingness to kill people, he was very easily convinced to end his Queen’s life. Ostensibly, Grey Worm, her military leader and a man of color, has the military might to contend for leadership in her absence, but instead, Tyrion guides a panel of white nobles toward their next ruler. He does not choose Sansa, who repeatedly led with strategy and cunning and earned support of her people in the North, but Bran who has been relatively absent and uninvolved for most of the series. Given Bran’s style of quiet observation without direct action, Tyrion is essentially now ruling the six kingdoms, effectively returning the balance of power back toward favoring the patriarchy.

Many have argued that this was necessary because Daenerys had rapidly become the Mad Queen, following in her father’s legendary Mad King footsteps. If Daenerys was a man, however, her wartime strategy would have been analyzed for its cunning, within the context and history leading up to the moments she decided whether or not to burn King’s Landing to rubble. Her contemporaries would have parsed the logic behind her decision as the leader, separate and apart from whether or not it was a decision with which they agreed, instead of reducing her decision down to the trope of an emotional “woman scorned” because her lover rejected her. Weighing into Daenerys’ calculus were significant betrayals that could be seen as validating her view that the current “wheel” was entirely broken and in need of replacing. 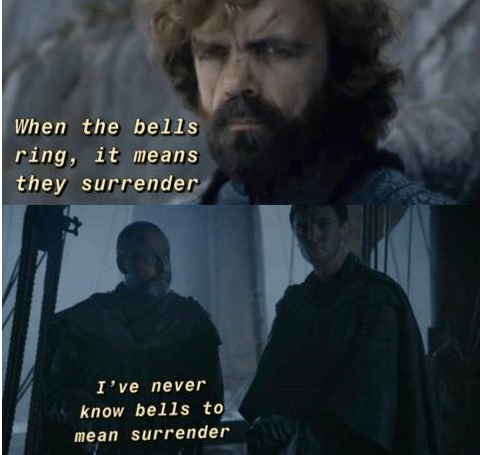 when he met the opposition’s bells with his own beating drums during the Battle of Blackwater Bay. For Daenerys to believe that the bells were true surrender, she would have to trust Tyrion, whose betrayals of her trust have only been steadily increasing in frequency. She would also have to trust the sincerity of both Cersei and the people of King’s Landing. None of those people have particularly earned that level of trust and mission-driven self sacrifice.

Cersei recently committed to a truce in support of collaboratively fighting the Night King, and then went back on her word, instead buying herself time for Euron Greyjoy to bring his fleet of men and ships from the Iron Islands, and build weapons that might kill dragons. And then he effectively does kill one of Daenerys’ dragons with the weapon that the violation of her trust bought them time to build.

Who’s to say Cersei wasn’t ringing that bell herself as another ruse? Despite her repeated forgiveness, Tyrion betrayed Daenerys many times in favor of emotional attachment to his siblings (including Cersei, who used wildfire to kill her own people) and his home. How could she know his emotional appeal about the ringing of the bells had any truth beyond his bid at attempting to bend her to his will, as he’s been attempting to do all season? She just found out that her love, Jon Snow, is in fact a Targaryen male heir and her direct competition for the throne, and he broke up with her soon after he found out.

With her trusted confidante, Missandei, murdered by Cersei, Daenerys had no one left to trust besides Grey Worm, her military leader, and her dragon, Drogon. Within that context, realizing that even honorable people couldn’t fathom the world she was trying to build, she was left with balancing the risk of trusting that ringing bell to save the people of Westeros against everything she was close to achieving for the world she envisions. The Westerosi were a people who laughed and cheered at Ned Stark’s execution, at Joffrey’s cruelty, at their Queen Cersei as she walked naked through town while they spit at, dumped feces on, and otherwise humiliated her. Could she know that, even if Tyrion’s words were true, that  a cruel people in a cruel, male-ordered world were truly surrendering to her vision for a new world?

Whether we agree with war or peace, mercy or ruthlessness, whether her rule was transformational or white imperialist, the evaluation of her exertion of power was not made through a lens that afforded her credibility as a leader who was making difficult war time decisions. A level of credibility and empathy that absolutely would have been shown a man in the same situation was not once considered in analyzing her actions. Daenerys was instead viewed through her gender as someone who shouldn’t be allowed to decide whether or not there are circumstances that justify the use of fire power against entire towns.

Unlike Cersei who sought power to be able to position herself as essentially the strongest man in the world, Daenerys sought power to rewrite the very definitions of strength, power, and control. Daenerys’ ambitions used the master’s tools of field building, wartime cunning, and military might to earn her the throne.

But as Audre Lorde said, “The master’s tools will never dismantle the master’s house.” Daenerys’ ambition went beyond seeking to rule this male-ordered world according to their rules and extended into a position where a woman could define what was right and wrong; where a woman could create a new world and its order. And when she was finally at a position where they understood her power, that under her rule the wheel might actually break, even the kindest, most liberalized people in her innermost circle decided her vision for the world was too radical.

Where Daenerys went wrong was in trusting white men to hold her council for this radical revisioning.

These two men – Tyrion and Jon – decided that they in fact knew right from wrong, and their understanding didn’t need to make room for a different, possibly feminine vision of what the world could be. This assassination, however, is not deemed “mad,” or “irrational.” It is considered to be what these men needed to do based on their judgment, which is for some reason afforded undue credibility despite the significant errors in judgment made by both Tyrion and Jon throughout this series. Jon is not now the mad king who murdered his Queen. Tyrion is not punished for treason or regicide. They are graciously allowed to commit, in fact rewarded for committing, the ultimate crime in killing the Queen. Because they did so in order to protect their current world order, stopping her from dismantling the world as they know it. To maintain their definitions of right and wrong. 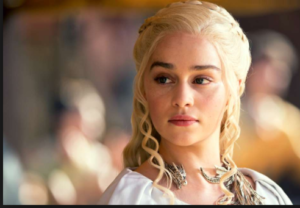 Because her vision exceeded what her male advisors could envision or comprehend and threatened their status in society, her judgment was questioned and her sanity was challenged. She was now painted as the Mad Queen, and they conspired to end her life. Her vision also threatened Cersei and Sansa – who were very adept at wielding the master’s tools to gain the patriarchal definition of power, and could not comprehend, or maybe didn’t desire, a different world order.

So instead of a radical revisioning of what the world could be, we are left with the way it was before a woman won the throne. A few minor accommodations made to appease the women while otherwise maintaining the old male-ordered social structures. Bran and Tyrion worked tirelessly to play the game by the rules, and as Daenerys was throwing out the rules in favor of her own, Bran drove the wedge between Jon and Daenerys, and Tyrion made sure the game got back on track. The Unsullied, who ostensibly had control through their leader’s position as commander of war, were relegated to an island off of the mainland; Jon Snow, who murdered the Queen who was his intimate partner is the guardian of the nomadic Wildlings; Sansa is given one kingdom to control, which was sufficient to meet her power ambitions a la Cersei’s internalized patriarchy; and Tyrion goes from treasonous conspirator to essentially ruling the strategy for the six kingdoms as Bran’s Hand.

Arguably, this ending was the least strategic choice from a world-governance perspective. Sansa and the North do not play well in the sandbox with others, and now they have little incentive to do so. It is like if California or Texas seceded from the United States with the snap of a finger. Grey Worm and his army of Unsullied, whose military might are what won the throne, are away on an island and surely have no allegiance to anyone in the council or leadership who so easily brushed aside the murder of their Queen. The dragon could come back and torch Westeros at any given moment, and the only Targaryen, Jon, will be at the Night’s Watch unable to even try to help.

And thus the patriarchy placated the rebellion while retaining the power, social and political structure, and control in a way that will return to feudal battles across the kingdoms attempting to seize the ultimate throne. Only now there is no army to protect the King and his hand, who have had to rely on the support and courage of others to keep them alive the entire series. And the world Daenerys imagined so easily died with her.

Share your thoughts on Daenerys’ rise and fall in the comments below.