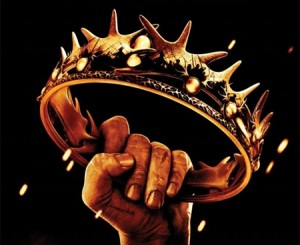 Great news for those anxiously awaiting the return of Game of Thrones. It has been a little over a month month since the hit show went off the air, but HBO hasn’t skipped a beat in it’s attempt to bring fans new episodes. Over recent weeks, HBOWatch has received various information about the production of Season Three and it was confirmed that principal photography would start around July 9th. Well, today is the 9th and rumors have held true because cameras have indeed starting rolling and filming is underway. Last week, the first set photo from Season Three was leaked. The picture shows a stuffed direwolf being taken up a hill in Bran’s cart. So, it appears that a few of those scenes may have been shot early. However, with Season Two ending in June and filming starting in early July, it seems that HBO is quite intent on delivering next season as quickly as possible.

Impressively, Game of Thrones will shoot in four different countries for Season Three: Northern Ireland, Iceland, Croatia, and Morocco. The center for production will continue to be based out of Belfast, as it has been that last two seasons. With it’s epic landscape and centuries’ old castles, Northern Ireland has served as the primary location for Westeros throughout the series. The Croatian city of Dubrovnik will once again be used as the backdrop for King’s Landing, and The Dubrovnik Times reported that a new location, the Arboretum in Tresteno, will also be used. The Arboretum is about 30 kilometers North of the city and only speculation exists for what will be filmed there. Iceland will, of course, be used for Jon Snow’s storyline and the scenes beyond the Wall. However, filming for these scenes probably won’t begin until the late summer/early fall due to the fact that they need snow on the ground. Additionally, Season Three will mark the first time since the pilot episode that the show returns to Morocco. At a book reading in Seattle last week George R.R. Martin confirmed that Morocco will be used for Dany’s storyline and serve as the location for Slaver’s Bay. 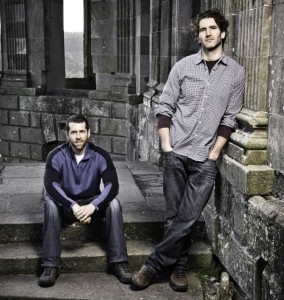 There will be some new faces directing next season as showrunners/co-creators Dan Benioff and D.B. Weiss are set to direct episodes. The two have primarily served as the main writers, executive producers, and creative drive for the series, so it will be interesting to see how they fare behind the camers. Veteran ‘Thrones directors Dan Minahan (3 episodes, Season One), David Nutter (2 episodes, Season Two), and Alik Sakharov (1 episode, Season Two); as well as newcomers Alex Graves and Michelle MacLaren have also signed on to direct next season. According to this interview with cinematographer Robert McLachlan, David Nutter will be working on the final two episodes of the season. Unfortunately, Alan Taylor won’t be returning for Season Three because he’s directing Thor 2. It’s a real loss for the show because Taylor was the most experienced director they had and the only one who has filmed episodes in both seasons of the series.

The writers haven’t changed from last season. The majority of the writing will once again be handled by Dan Benioff and D.B. Weiss. Returning writers include Bryan Cogman, Vanessa Taylor, and, oh yea, that George R.R. Martin guy. As we reported a few months ago, GRRM wrote on his “Not A Blog” that the title of the episode he has written will be called “Autumn Storms”.

Author’s Note: There has been a surprising lack of casting news so far. HBO seems to be keeping everything very close and there has only been a few rumored names floating around. Game of Thrones will have a panel at Comic-Con San Diego this Friday and i’m really hoping that more announcements are made there. We will continue to cover casting as well as the production for Season Three throughout the summer, so keep checking back for updates.