“That’s what I do: I drink and I know things.” – Tyrion Lannister

Would you like to drink and know things too? We just found a couple of handsome beer steins from a company called FUN that will get you there. We got ahold of the Baratheon (that’s the King from season 1, the Stag) and a cup featuring the Lannisters (the family with the incest and the dwarf for those uninitiated).  Here they are in all of their glory: 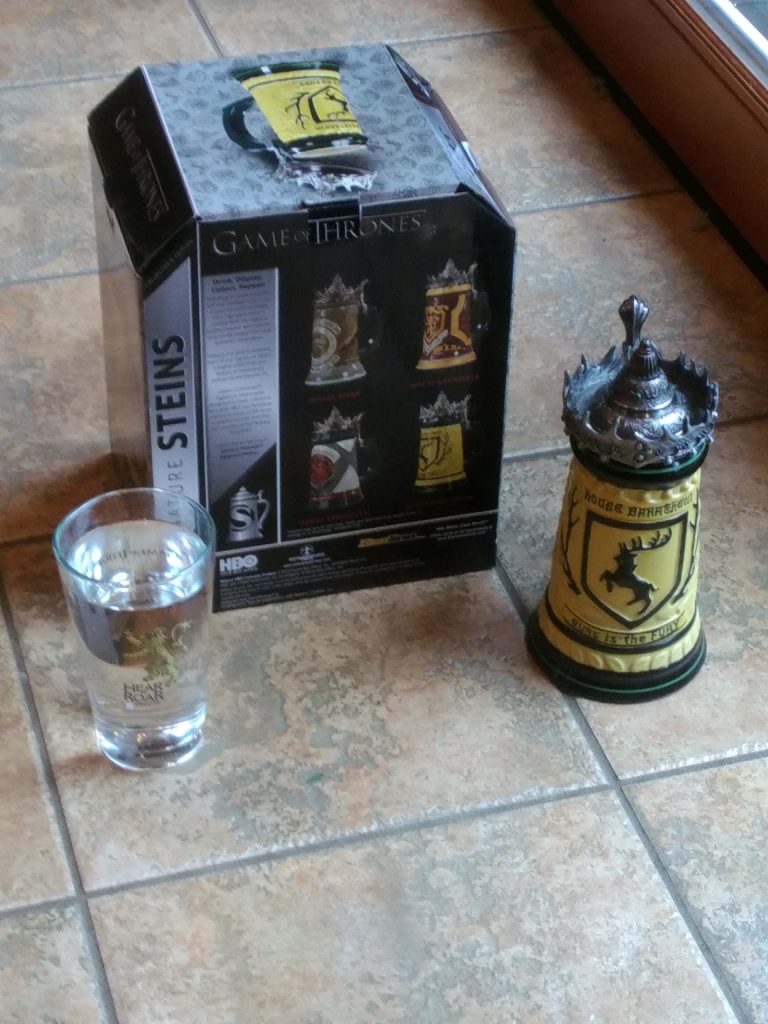 The stein looks great and has a top that has a ton of detail on it. It’s pretty heavy but not cumbersome. It’s sure to impress the ladies (and sers) in the room. It seems about the right size for a pint of beer. 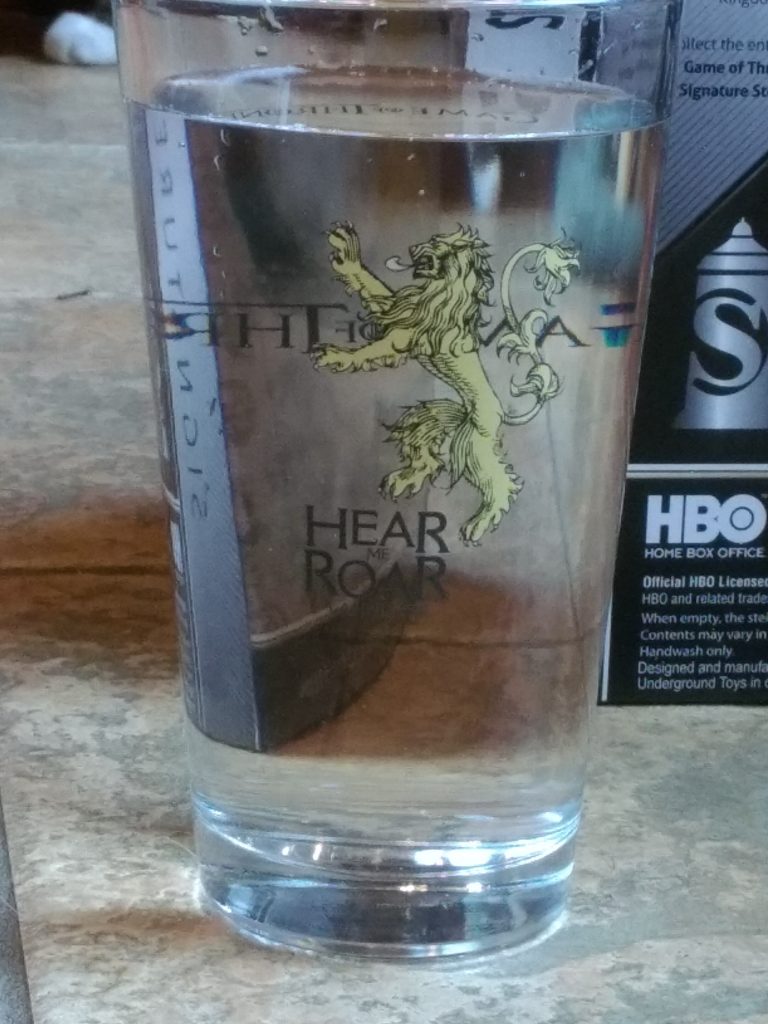 The Lannister glass is pretty standard but much less expensive. It could slip into your normal water glass rotation and your significant other would hardly notice. Pretty nice!

We don’t have too much more to say about these other than the quality is great, they seem to be well made and they impressed all of our Game of Thrones watching friends that we showed them to.

If you’re looking to purchase either of these Game of Thrones novelties they can be found at FUN.com. Here’s a bunch of other Game of Thrones stuff they’re rocking these days.